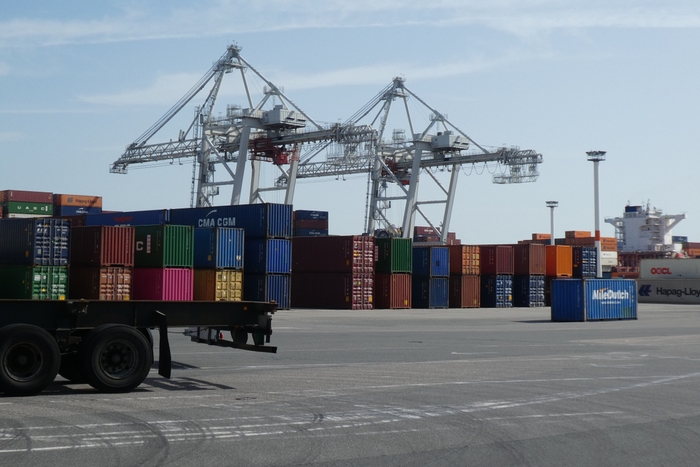 A wave of containers are about to hit terminals in Europe and the US at a time when all retail stores are closed and there is very little consumer demand. Shippers and forwarders are hoping for relief from carriers and terminals to mitigate any increase in storage costs. Photo credit: Shutterstock.com.

Shippers and forwarders are calling on carriers and terminals to exercise restraint in their collection of detention and demurrage charges as the export containers that piled up in China during the February factory shutdown begin to land at terminals in Europe and the United States, where most of the populace is under lockdown.

The containers will arrive at a time when stores are closed to limit the spread of coronavirus disease 2019 (COVID-19) and consumers are confined to their homes. Yet forwarders report no information from carriers on whether relief will be offered on demurrage and detention charges.

“We are pushing for carriers to come out with a statement on how they will deal with requests for extended free time requirements that are coming,” said Dominique von Orelli, DHL Global Forwarding executive vice president and global head of ocean freight. “But so far, the carriers have not been forthcoming, and that is something we will need to watch.”

Carriers are already under pressure from demand-crushing stay-at-home measures and have blanked scores of sailings on the east-west trades through April and May in an attempt to match the sharp decline in bookings. With rates weakening and volume forecast to drop off, shippers are concerned that storage fees will be seen as a way for carriers to mitigate some of the mounting losses. Said the logistics director for a German retailer: “The carriers smell blood.”

But there are some encouraging signs for shippers that carriers are looking for ways to help them limit demurrage fees for cargo that cannot be collected and distributed because of closed warehouses and retail stores.

Maersk is offering to slow down supply chains by extending transit times and storing cargo in transshipment hubs with a longer layover, or storing containers at yards and depots at origin or destination ports.

One way of lengthening transits on Asia-Europe would be to sail around the Cape of Good Hope rather than through the Suez Canal, something Splash 247, an online news outlet, reported Thursday. The carriers would add a week to the voyage and save on Suez toll fees while taking advantage of falling fuel prices. Low-sulfur fuel is 60 percent cheaper this week compared with the price per ton at the beginning of the year, and high-sulfur fuel is almost 50 percent cheaper, according to IHS Markit data.

A spokesman for Hapag-Lloyd said, “We are aware of the situation and our staff are in close contact with our customers to find individually the best and appropriate solutions.”

China back in business

Data from the Container Availability Index (CAx) of Container xChange shows Shanghai back to full productivity, and the CAx forecast is for container volume to increase at ports in the US and Europe. With warehouse capacity maxed out, Christian Roeloffs, CEO and founder of Container xChange, said demurrage charges would be a likely result.

“Container ports all over the world, with the exception of China, are faced with imminent congestion when a multitude of boxes sent for shipment from factories in Asia arrive at their import destinations,” Roeloffs said.

“As the infection rate of the COVID-19 in China declined and production resumed, a large number of containers which had piled up in China have finally sailed to Europe and North America,” he added.

The International Federation of Freight Forwarders Associations (FIATA) this week urged carriers and terminals to take into consideration the unprecedented difficulties faced by the forwarding industry and other stakeholders amid disruptions to the supply chain.

“The stringent restrictions imposed by governments on the movement of goods and persons to prevent the spread of the virus are causing a significant slowdown in global supply chains, and this may impact on the ability for many merchants to pick up their containers in a timely manner for reasons outside of their control,” FIATA said in a statement.

James Hookham, director and secretary general at the Global Shippers Forum (GSF), said the containers heading for Europe and the US were full of goods that could not be sold because retail outlets were closed and there was greatly reduced consumer demand.

“So we expect some healthy conversations about port demurrage and storage costs over the next few weeks as buyers try to manage their stock levels in-country,” he told JOC.com. “This is why GSF has long called for an end to surcharges and much more transparency in how they are set in the meantime.”

But von Orelli said he was not seeing any opportunistic pricing from carriers, at least not yet. “In the beginning [during the China factory shutdown], the carriers were flexible with cargo in China, but given their financial situation, I don’t know how flexible they will be in Europe and the US,” he said.