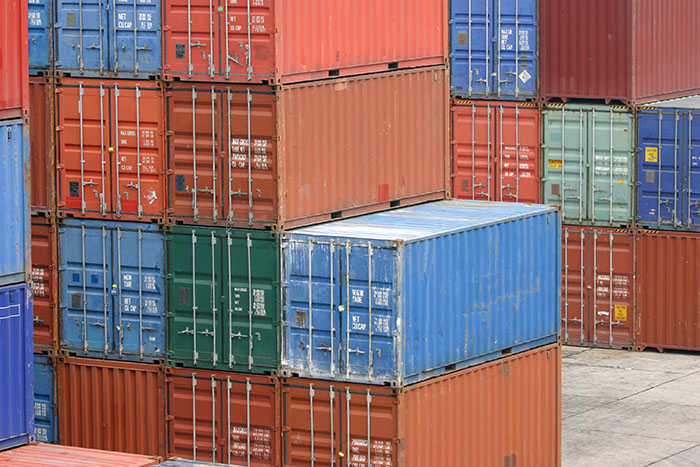 Dry containers made up a larger percentage of Singamas' manufacturing revenue in the first half of 2017 than 2016.

Singamas reported strong demand for new containers in the first half when the world’s second-largest box maker sold almost 90,000 more TEU than it did in the first six months of 2016, and the company has given a bullish outlook for the remainder of the year.

Rising container demand saw the Hong Kong-listed company increasing its revenue to $577 million, 31 percent above that recorded in the first half of 2016 as the average selling price of 20-foot dry containers rose 25 percent to $1,902.

Singamas said in an exchange filing that the performance allowed the company to significantly turn around its first half result, posting a $17 million profit compared with a loss of $37 million from January through June in 2016. It was a result well above a profit expectation of $12 million that it issued in June.

Giving Singamas a helpful boost was a Chinese environment regulation requiring all containers to use waterborne paint from April 2017. This led to a surge in orders from carriers enjoying a market upturn as the shipping lines sought to avoid any container shortages ahead of the temporary closure of production lines for conversion work to the new paint.

Also driving a return to orders was renewed confidence from container leasing companies that had again begun to place orders as the business continued to improve. That saw Singamas’ manufacturing operation producing 310,070 TEU compared with the 223,982 TEU made during the same period of 2016. But the strong demand for dry containers was not matched by that for specialized equipment that softened significantly year over year.

The company’s outlook for the second half of the year is optimistic. In its analysis, Singamas said the positive momentum experienced during the first six months is expected to continue in the second half of the year as the global economy continues to recover, improving trade pushes up container volume (particularly in and out of China), and market sentiment strengthens.

“Positive market sentiment has already led to strong demand for the group’s dry freight containers, with order books full for July and August 2017,” according to the boxmaker. Signals said demand would be further stimulated by the improving performance of carriers, which were more willing to allocate capital for the replacement of old containers and to purchase new containers to meet anticipated demand.

“What is more, with the inventory of new containers at a low level due to the temporary closure of production lines during the review period, the average selling price of dry freight containers should remain firm as well as the margin level of such products,” Singamas noted.

The major carriers have been reporting vastly improved first half results compared with 2016 as growing container volume and stronger rate levels push up profitability. Container Trades Statistics data show that volume on Asia-Europe grew by 3.9 percent in the first half with carriers transporting 7.85 million TEU.

How to Improve OTIF: 15 Tips for On Time and In Full Delivery
END_OF_DOCUMENT_TOKEN_TO_BE_REPLACED