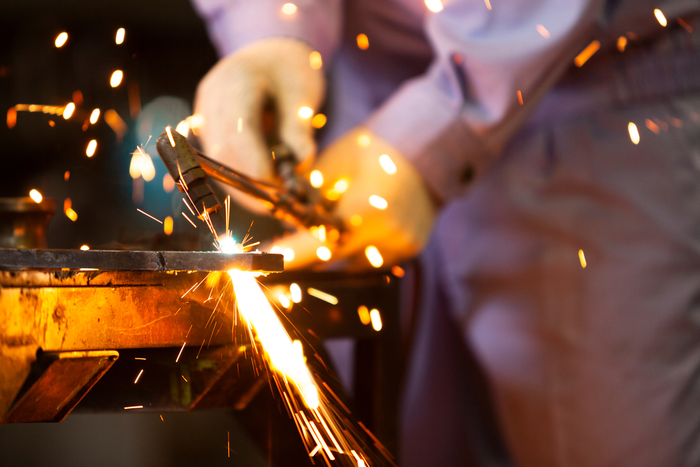 There was a solid improvement in manufacturing in the world's major economies. Photo credit: Shutterstock.com.

Factory production in key areas of China, Europe, and the United States recovered strongly in August, with economists predicting the expanding manufacturing activity will continue for the rest of the year and even through 2021.

But the sunny outlook provided by the range of purchasing manager’s indices (PMIs) was tempered by warnings that a widespread resurgence of the coronavirus disease 2019 (COVID-19) in major economies could act to slow, or even reverse, any recovery of global production.

The PMIs showed that global manufacturing improved significantly in August, building on the positive momentum since economies in the major European and North American markets emerged from pandemic lockdowns in June.

Moody’s Investors Service changed its outlook for the global manufacturing sector Wednesday from negative to stable, driven by its expectation of a strong economic recovery in 2021.

“We forecast earnings before interest, taxes, depreciation, and amortization (EBITDA) growth of 8 percent in 2021 after double-digit declines in 2020,” David Berge, a Moody's senior vice president, said in a statement.

“The sector has made it through the worst of the crisis and is well-poised for recovery,” he added. Moody’s said the global manufacturing sector has been relatively resilient, as second-quarter corporate results and industry data show, with all segments forecasting growth next year.

The J.P. Morgan global manufacturing PMI, released by JOC parent company IHS Markit, revealed that manufacturing output in August rose at the fastest rate since April 2018, and new orders grew at a rate not seen since June 2018.

Olya Borichevska, global economist at J.P. Morgan, said the recovery of the global manufacturing sector gathered pace in August and was mainly driven by the restarting of production and reopening of companies following coronavirus lockdowns.

“The upturn should strengthen further in the short-term if lockdowns and other restrictions in place to combat the COVID-19 pandemic are eased further as expected,” she said in a statement. “Business optimism and the orders-to-inventory ratio also point to further near-term gains.”

That confidence was seen in the world’s largest manufacturing hub. China manufacturers in August reported the first increase in export sales this year as production in the country continued its strong expansion through the third quarter, according to the Caixin China general manufacturing PMI, compiled by IHS Markit.

The seasonally adjusted PMI — a composite indicator designed to provide a single-figure snapshot of operating conditions in the manufacturing economy — rose from 52.8 at the start of the third quarter to 53.1 in August. IHS Markit noted the reading was indicative of a solid overall improvement in the health of the sector, the most marked improvement in production activity since January 2011.

“Companies’ future output expectations remained strong, reflecting a positive outlook for the manufacturing sector for the year ahead,” he said.

“Eurozone factory output rose strongly again in August, providing further encouraging evidence that production will rebound sharply in the third quarter after the collapse seen at the height of the COVID-19 pandemic in the second quarter,” Williamson said in the Eurozone PMI release.

However, with coronavirus infections rising across Europe and North America, the positive outlooks in the PMI releases were all accompanied by caveats.

Moody’s warned that the pandemic could still slow or halt the recovery. “While our baseline scenario predicts a slowing decline through the end of 2020 and a strong, if only partial, recovery in 2021, there are many uncertainties and risks that remain in the global operating environment,” the ratings agency said.

This was also reflected in the response from firms polled in the China PMI. Although companies generally expected output to rise over the next year, the degree of optimism edged down to a three-month low in August. While many companies anticipate global economic conditions to improve further, they expressed concerns over how long the pandemic would impact operations and customer demand.

Williamson echoed those concerns for the Eurozone, where although manufacturing is being buoyed by a wave of pent-up demand, production capacity and employment is being scaled back as firms cut spending and investment.

“Caution is warranted in assessing the likely production trend, however, as so far it would have been surprising to have seen anything other than a rebound in output and sentiment,” he said. “Worryingly, order book growth [in Europe] cooled slightly in August, and there are indications that firms are bracing for a near-term weakening of demand.”

Global Shipping Outlook: A Sneak Peek at 2021
Port Performance North America: Managing Cargo Flow During a Pandemic — and Beyond
END_OF_DOCUMENT_TOKEN_TO_BE_REPLACED