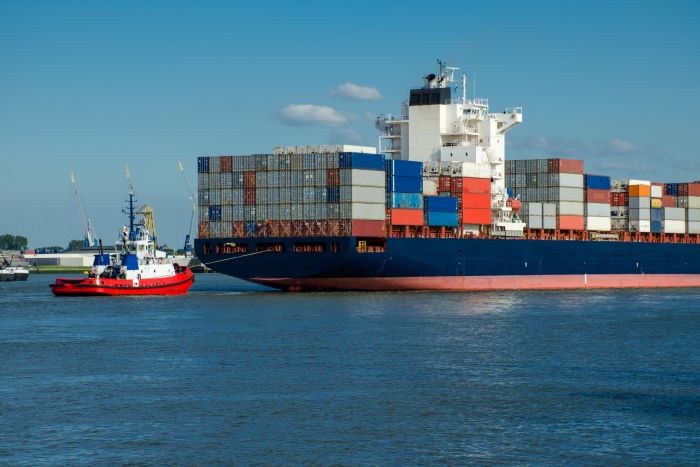 Very low-sulfur fuel prices were assessed at $392.50 per metric ton in Rotterdam (above) Thursday, down 33 percent from early January. Photo credit: Shutterstock.com.

The two-month freefall in the price of very low-sulfur fuel oil (VLSFO) is accelerating due to the widespread economic impact of the coronavirus disease 2019 (COVID-19), energy experts said this week. And even some near-term bullish fundamentals that would typically provide the impetus for a rally may not do much to stem the slide.

“For a while at least, the next month or two, it's going to be pretty darn cheap,” Adrian Tolson, a bunker market veteran and director at consultancy BLUE Insight, said of VLSFO.

That’s a bit of good news for container lines hit by slumping volumes due to the fallout from COVID-19, with Sea-Intelligence Maritime Consulting estimating the container shipping industry is losing $300 to $350 million weekly. But because of the one- to two-month lag in how bunker fuel surcharges are calculated, cargo owners might see relief just before low-sulfur prices begin to climb again, as IHS Markit energy experts say is the long-term trend.

VLSFO in the bunkering hub of Singapore was assessed Thursday at $418 per metric ton by the Oil Price Information Service (OPIS), a sister company to JOC.com within IHS Markit. That’s down 43 percent from OPIS’ Jan. 8 assessment of $740/mt.

The VLSFO market in Rotterdam was pegged Thursday at $392.50/mt, down 33 percent from early January, while New York was assessed at $462.50/mt, a decline of 28 percent over the past two months, according to OPIS data.

VLSFO prices spiked at the start of the year, driven largely by a demand rush and logistical woes that marked the days leading up to the Jan. 1 IMO 2020 mandate and its immediate aftermath. But with the bunker market quickly finding its footing, prices began a hasty retreat that has continued unabated and is now being fueled by the crippling blow of the coronavirus on the global economy.

Hédi Grati, director of refining and marketing at IHS Markit, told JOC.com the impact of the coronavirus on the VLSFO market — and any potential recovery in prices — is “massive.” IHS Markit is the parent company of JOC.com.

“Demand is soft, so you will miss the support from the incremental container, bulker, tanker, car carrier haul that is still not taking place due to factory shutdowns ... and car assembly lines going down,” Grati said.

He pointed to IHS Markit vessel-tracking data that suggests a significant slowdown in shipping activity over the past two to three weeks beyond the typical Lunar New Year quiet period. The data shows bunker fuel demand for the global shipping fleet is down at least 2 percent on a year-on-year basis, and 6 percent lower for the container shipping sector in particular.

IHS Markit put the coronavirus’ impact on world oil demand in stark terms. “We now expect that first quarter 2020 world oil demand will decline by the largest volume in history — even exceeding the declines during the 2009 financial crisis,” the company said in an oil market brief this week. “Owing to the unprecedented stoppage of Chinese economic activity in February and the spread of the coronavirus disease 2019 (COVID-19) outside of China, we estimate that world oil demand will be 3.8 (million barrels per day) lower than a year earlier. Never before has such a quarterly drop been recorded.”

Tolson said the coronavirus piled on to a “perfect storm” of bearish fundamentals that had already gripped the global bunker market, including ample supplies of IMO-compliant fuels and soft demand linked to the Lunar New Year holiday in China, which began in late January and was extended into February due to the coronavirus outbreak.

“You have all these elements contributing to an excess amount of supply and a period of relatively low demand ... and the perfect storm creates low prices,” he said. “You’re seeing a lot of VLSFO hitting the market at a time when the demand is poor ... There’s a lot more low-sulfur fuel being produced than we all thought.”

VLSFO prices should, in theory, receive some support over the coming weeks as refiners ramp up gasoline production ahead of the summer “driving season,” which begins in the US over the Memorial Day weekend in late May. Refineries will begin pulling a greater amount of feedstocks for their gasoline-making fluid catalytic cracking units, which will tighten the pool of available components needed for VLSFO production, said Grati, who does expect some rebound in prices.

A measure of VLSFO price support was also expected to come from OPEC, which met Friday in Vienna and was hoping to come away with a deal to cut global crude production by 1.5 million barrels per day. But news reports from the Austrian capital indicate OPEC could not convince non-OPEC partner Russia to join any agreement to curb output, sending crude prices to their lowest level in three years. That will only push bunker fuel prices lower.

The IMO’s March 1 “carriage ban” — which prohibits vessels from carrying fuel oil containing more than 0.5 percent sulfur, unless the ship is using a scrubber — should help firm prices, as it suggests greater compliance with the low-sulfur regulations. But with the ultimate impact of the coronavirus too large of an unknown at this point, it’s difficult to say with any confidence whether typically bullish indicators will have much effect.

“The rebound will at most be a bounce, not a spike,” Grati said. “Moreover, if the current spreading of COVID-19 around the world continues and shuts down increasing parts of public life, demand support will be so limited the rebound might be just a blip around the carriage ban and step change in compliance, combined with start of gasoline season.”