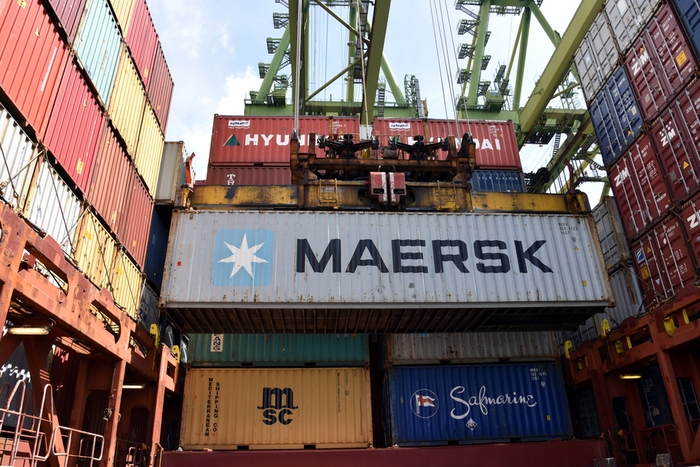 Maersk improved its profitability in 2019, despite ending the year with a loss-making final quarter. Photo credit: Shutterstock.com.

Warning that China manufacturing and the container volumes it produces may not rebound from the coronavirus (COVID-19) until late in the second quarter, Maersk improved its profitability in 2019 even after a loss-making fourth quarter.

“If we continue in the coming weeks with no new cases reported, then we are likely to see a V-shaped recovery with a very weak February and a very difficult March. The latter part of Q2 will likely be when the recovery happens,” Søren Skou, CEO of A.P. Møller - Maersk, said Thursday during the company’s earnings call.

Due to reduced demand, Maersk said it has cancelled more than 50 sailings beyond what it normally cuts during the traditional Chinese Lunar New Year lull. About 30 percent of the carrier’s volumes come out of China, Taiwan, and Hong Kong.

A $61 million fourth-quarter loss pulled A.P. Møller - Maersk’s net profit down to $509 million for the full year. The group reported a loss of $755 million in 2018. Revenue in 2019 was slightly below that of 2018, with the group reporting full-year revenue of $38.89 billion, a decline of 0.9 percent year over year. Revenue from ocean business, the group’s largest segment, was flat at $28.4 billion, as was container volume of 13.29 million TEU for the full year.

But the profitability metrics for 2019 stayed in the black, with average freight rates inching up by $4 per TEU, bunker prices were down slightly on 2018 levels, and group earnings before interest, taxes, and depreciation (EBITDA) supported by capacity management and lower fuel costs. EBITDA for the year was up 14.2 percent compared with 2018 at $5.7 billion, and in the ocean segment, EBITDA was up 15 percent at $4.35 billion.

While the overall container shipping environment was difficult through much of 2019, it was the final quarter where the market took a dive. Maersk volume on the east-west trades in the last three months declined by 5.7 percent year over year to 984,000 TEU and fell by 2.5 percent on its larger north-south routes to 1.57 million TEU. The lower volume led to a 3.4 percent decline in fourth quarter revenue to $7 billion and a net loss of $61 million.

Maersk attributed a slowdown in trade growth to broad-based weakening across all the main economies, and negative effects from escalating trade restrictions.

Global Shipping Outlook: A Sneak Peek at 2021
Port Performance North America: Managing Cargo Flow During a Pandemic — and Beyond
END_OF_DOCUMENT_TOKEN_TO_BE_REPLACED