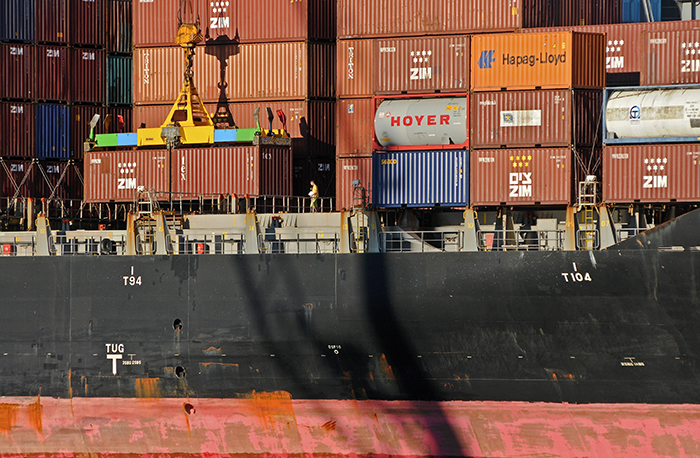 Containers line have been expanding the range of inland services they can provide in India.

Zim Integrated Shipping Services is positioning itself in India for greater access to the market and to capitalize on project cargo as the country makes large investments in infrastructure to stimulate economic growth.

The Israeli container said it will offer land transportation, container freight stations and depots, shipment of heavy and out-of-gauge equipment, and special projects and engineering through an agreement with Avvashya-CCI Logistics, part of Mumbai-based Allcargo Logistics Group. With container markets in a prolonged slump, container ship operators have been marketing their services for transportation of oversize and out-of-gauge shipments in addition to containers carrying project cargo shipments.

Zim also said its cooperation with Allcargo would include customs clearance and warehousing.

“We are upgrading and expanding Zim’s network to better serve the Indian market. This new cooperation enables us to offer a wide range of complementary solutions to our customers,” the ocean carrier said.

The move follows Pacific International Lines setting up a similar logistics joint venture with Apollo LogiSolutions, Allcargo’s competitor in the port-based logistics segment. Additionally, the deal comes as Zim is reportedly weighing a plan to introduce an independently operated container service between India and the Mediterranean. The weekly loop, expected to start in April, will have calls at India’s west coast ports of Jawaharlal Nehru Port Trust, Mundra, and Hazira, according to local shipping sources.

The logistics cooperation could also be a boon for Allcargo, which is looking to more than double annual group revenue to $2 billion by 2020.

To accomplish that goal, the market leader last year merged all of its third-party logistics businesses into a single entity — Avvashya-CCI Logistics — and rebranded its global non-vessel-operating common carrier subsidiaries — ECU Line, Econocaribe and China Consolidators — as ECU Worldwide.

Allcargo has in recent years significantly expanded its business activities, fueled by acquisitions and new infrastructure development. Its NVOCC volume increased 8 percent year-over-year in the second fiscal quarter through the end of September, statistics released by the company showed.

Zim also joins other major rivals such as Maersk Line, Mediterranean Shipping Co. and CMA CGM in consolidating their shipping footprints in India through a diversified portfolio of maritime activities. All of these shipping giants already have stakes in terminal operations at major port locations via local partnerships, while Japanese shipping lines “K” Line, MOL and NYK Line have automobile logistics subsidiaries in India.

How to Improve OTIF: 15 Tips for On Time and In Full Delivery
END_OF_DOCUMENT_TOKEN_TO_BE_REPLACED