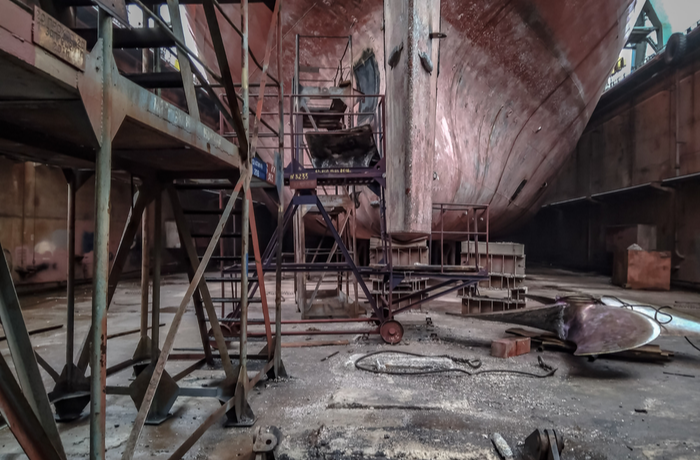 Uncertainty over the timing and technology of zero-carbon fuels is a growing factor in the restraint shown by container lines in ordering new ships, making it less likely that overcapacity will return to the sector in coming years given that research into viable new fuel types is only in the early stages.

Carriers for a decade have slowed their pace of ship ordering, with the orderbook as a percent of the existing fleet declining from 61 percent in 2007 to 8 percent today, according to a Hapag-Lloyd earnings presentation on Nov. 13. Until now, however, the reason most frequently cited for the decline in ordering was fiscal discipline and carriers adjusting to declining trade growth; global annual TEU growth slowed from an average of 7.3 percent from 2001-2010 to just 2.1 percent from 2011-2020, according to IHS Markit, parent company of JOC.com, and carriers have had to adjust fleet growth accordingly.

But as was seen this year when available capacity was almost completely absorbed by the post-lockdown surge, idle capacity dropped to almost zero and charter rates surged. With overcapacity having evaporated this, the industry is pushing the limits of total available capacity going into 2021 and even beyond that. Now, if ship ordering restraint were to be extended pending clarity on zero-carbon technology, the capacity shortage that manifested itself in 2020, and resulting upward pressure on rates, could potentially continue for a number of years.

“We are very much aware of the technology risks for ordering ships at this point,” Maersk CEO Søren Skou said on the company’s third-quarter earnings call Nov. 19. Maersk’s orderbook as a percent of its existing fleet is a mere 1 percent, according to IHS Markit. “We would ideally like to figure out ... what the future fuel should be and then start building ships” able to be propelled by the new fuel types, he said.

The issue from the perspective of market dynamics is that zero-carbon fuels available for use at scale in container shipping are years away. Maersk has a stated deadline of 2030 to get the first economically viable zero-carbon vessel into operation. But such is the early state of research on a massive global undertaking that the World Shipping Council, the container carriers’ trade group, is pushing for creation of an International Maritime Organization-administered $5 billion research and development fund to accelerate development of zero-carbon fuels.

“As we speak, zero-carbon fuels are not available in the size and scale needed to drive decarbonization,” International Chamber of Shipping (ICS) chairman Esben Poulsson told the virtual Asian Logistics, Maritime and Aviation Conference in mid-November, as reported by the Hong Kong Maritime Hub.

“While there are several potential zero-carbon fuels and technologies, the emissions reduction called for by the international community and industry require a huge amount of research and development before they can become viable,” Poulsson said.

Take hydrogen, for example, a frequently cited potential zero-carbon fuel. According to the International Chamber of Shipping, hydrogen can be produced to emit no carbon, “but current commercial production emits large amounts of greenhouse gases, negating its green credentials for the time being.” Similarly with batteries, a typical container ship would require 10,000 Tesla batteries for one day’s sailing, the ICS said.

“We strongly believe in the coming era of decarbonization and zero-carbon ships. But it will still take time until we will have a solution for this,” Hapag-Lloyd spokesperson Nils Haupt told JOC.com.

The decline in new ship orders had already reduced the impact of overcapacity in market dynamics and this year helped eliminate it and flip the balance of power in the carriers favor for the first time in a decade.

“The industry will not be suffering from a supply overhang the next few years,” said IHS Markit analyst Rahul Kapoor.

For shippers facing capacity shortages this year as volumes surged following the spring pandemic lockdown, a carrier industry citing a new reason not to order ships could further cement the emerging consensus that market dynamics have fundamentally shifted in favor of carriers. Equity analysts following shipping companies such as Maersk agree that a ship ordering spree is unlikely to materialize any time soon.

“Vessel investment is obviously a long-term decision, and potential technology changes heighten the risk of obsolescence for currently available technologies,” said Neil Glynn, head of European transport equity research at Credit Suisse. “So combining this with a clear focus on capacity and capex discipline from some liners, it is natural that order activity would currently prove lower than historical levels.”

That said, ship ordering may be slowing but is not stopping. OOCL in March announced an order for five 23,000 TEU ships. Other carriers will feel pressure to do similarly lest they cede market share, still a consideration for many carriers.

New vessel prices are at low levels, according to sources familiar with shipbuilding costs. And governments in South Korea, Japan, and China may see a need to boost shipyard activity as economic stimulus, as they have on multiple occasions in the past, even if their national carriers are less eager to receive new ships. But any large new orders nevertheless will only be a faint echo of overcapacity and are unlikely to change the trajectory of the downward trend in the orderbook.