US port congestion will worsen through 2022 peak: industry leaders

US port congestion will worsen through 2022 peak: industry leaders 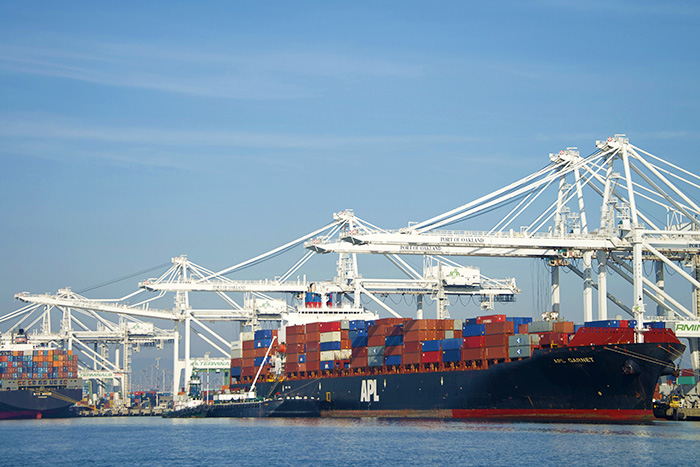 Import volumes from Asia were up 31 percent in the first four months of 2022 versus the same period in 2019. Photo credit: Shutterstock.com.

Port congestion in the US will get worse before it gets better. That is the message coming from ocean carriers, forwarders, and others.

Many expect relief will eventually arrive in the form of reduced orders from Asia as retailers dial back revenue expectations in the face of a pullback in consumer spending widely discussed in retailer earnings over the past few weeks.

The question, of course, is when any such pullback in spending will translate to more fluidity throughout the containerized supply chain. The answer many in the industry are giving is this: Given that cargo flow is currently getting worse — not better — any relief will take until late this year to arrive, if not longer.

“We expect the whole year to be challenging,” Dominique von Orelli, EVP and head of global ocean freight at DHL Global Forwarding, told JOC.com. “There might be some relief in the second half of the year, but the schedule reliability will remain extremely low for the remainder of the year.”

While relief may come from a future reduction in imports from Asia, volumes of which were up 31 percent in the first four months of 2022 versus the same period in 2019, according to IHS Markit data, the challenge is catching up with volumes that are already moving through the supply chain.

The sharp inventory buildup since late last year, evidenced by a first-quarter uptick in import volumes, containers dwelling for longer on marine terminals, and higher retailer inventories, is choking the supply chain. It’s leading to idle ships, containers, and chassis, which taken together are frustrating asset flow at both port and inland rail locations just as the traditional peak import season is set to begin.

The coming peak season “is going to be a cluster,” one carrier executive told JOC.com. “We can expect a very difficult summer,” another executive added.

One major ocean carrier, speaking to JOC.com on the condition of anonymity, specifically quantified its growing alarm, pointing to what it says is the rapidly increasing amount of time it is taking for shippers to pick up import containers, whether at the port or rail ramp, and return them to the carrier.

Instead of unloading the goods at a warehouse and returning the container, many customers are parking the unopened containers — and the chassis underneath — outside distribution centers for extended periods of time and simply paying the higher resulting demurrage fees, according to the carrier.

The carrier said that over the past month the average number of days its containers are out on the street on a national basis has risen by more than 50 percent, from eight days to over 12 days. In Chicago, the time has grown from 21 to 26 days, in Kansas City from 5.5 to 9.2 days, and in Savannah from 8.1 to 10.1 days, it said.

Such figures help illustrate why problems are building anew on the rail intermodal network. Similar conditions are taking shape to what was experienced last summer when Union Pacific Railroad suspended intermodal service off the West Coast because its inland terminals were full of containers and unable to handle any more arriving from the ports. Rail dwell times at Los Angeles–Long Beach have risen from about three days in December to over nine days in April, according to the Pacific Merchant Shipping Association.

Behind those numbers is a stockpiling of inventory by retailers this year, in part a result of diminished confidence in a supply chain that has been continuously disrupted since late 2000, including specific factors such as the potential for West Coast longshore labor disruption and a growing desire to diversify sourcing.

Fran Horowitz, CEO of Abercrombie & Fitch, on May 24 said the clothing retailer’s inventory was 45 percent higher than in the year-earlier quarter, resulting from “diversifying carriers and ports of entry, adjusting our product calendars, and further diversifying our countries of origin. We expect these collective efforts to result in a more predictable inventory flow.”

At Urban Outfitters, “as supply chain disruptions have persisted, we have extended our inventory lead times and are holding more inventory earlier than normal to ensure that we have adequate inventory to protect sales,” CFO Melanie Marein-Efron said in an earnings call.

At Charleston, there were 24,000 import containers on the terminal grounds as of May 23, versus 15,000 at the end of last October. At Los Angeles–Long Beach, imports were sitting on the port for an average of more than six days in April, compared with approximatley 3.5 days a year ago.

The increase in containers on terminals has a predictable impact on the supply chain. With less room to unload boxes, ships take longer to be worked and remain at berth for longer. Data from IHS Markit, parent company of JOC.com, shows this trend clearly on both the East and West coasts. Ships alongside the wharf absorb limited berth space, resulting in arriving ships being sent to anchor and leading to a regular presence of ships waiting for berth space, compared with pre-pandemic times, when there were typically none.

“Although there are modest signs of improvement [in terminal productivity at major US ports], we still see heavily extended overall vessel port hours and berth hours at key US gateways,” said Turloch Mooney, an associate director leading the Port Analytics team within IHS Markit’s Maritime & Trade division. “With summer peak season approaching and the full impact of disruption at the world’s biggest container port of Shanghai yet to full reveal itself, the possibility of a meaningful improvement in port delays in the near term is remote.”

How to Improve OTIF: 15 Tips for On Time and In Full Delivery
END_OF_DOCUMENT_TOKEN_TO_BE_REPLACED