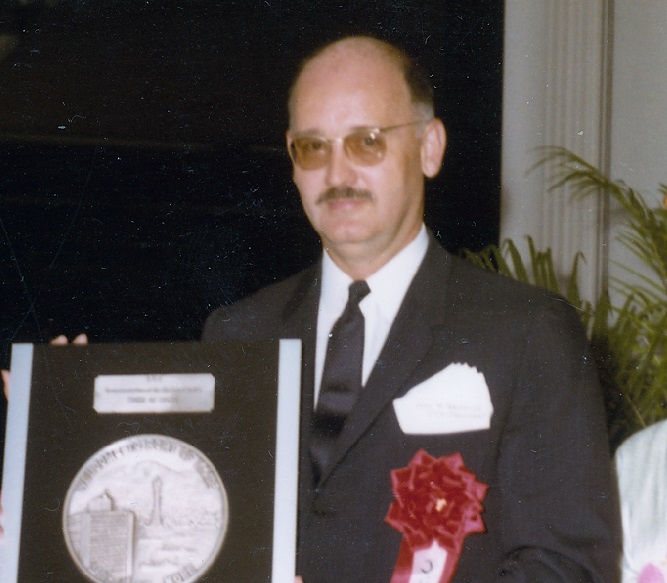 A longtime shipping executive, John Griffith was instrumental in establishing containerized shipping in the trans-Atlantic and trans-Pacific trades. Photo credit: The Journal of Commerce.

John Hall Griffith II, a longtime shipping executive who was instrumental in establishing containerized shipping in the trans-Atlantic and trans-Pacific trades, died Feb. 6 in Atlanta. He was 92.

Griffith was chief commercial officer at United States Lines (USL) when the breakbulk carrier established the first trans-Atlantic container ship service over initial objections from members of USL’s operations team. Although Sea-Land and Matson had developed container service in US domestic trades, the shipping industry was divided over containerization’s applicability to domestic services.

Griffith was born on Sept. 23, 1925, in Wildwood Crest, New Jersey, and grew up in northeastern Pennsylvania. After graduating from Wyoming Seminary in Kingston, Pennsylvania, in 1943, he enrolled in the US Merchant Marine Academy at Kings Point, graduating in 1945.

During World War II he sailed on merchant marine convoys, including the legendary Murmansk run north of Nazi-occupied Norway into the Arctic to deliver supplies to Russia’s northern coast.

After the war, he sailed with Moore-McCormack Lines and earned a bachelor of science degree from Georgetown University’s School of Foreign Service in 1949, followed by study at the London School of Economics. In 1971 he completed the Advanced Management Program at Harvard Business School.

He joined USL in 1950 in London and served for 10 years in management positions in London, Hamburg, and Rotterdam before being named to head commercial operations of the company’s 40 cargo vessels in the European, Far East, and Australian trades. In 1968, he transferred to Japan as USL’s vice president of Far East operations.

In 1971, Griffith joined Norton Lilly, the largest independent US-owned ship agency in North America, and served as chairman and CEO until his retirement in 1999.

In 1987, he was selected as the New York Foreign Freight Forwarders and Brokers Association’s Man of the Year. In 1994, he was inducted into the inaugural class of the International Maritime Hall of Fame, which recognizes individuals or companies whose unique vision and leadership transformed the maritime industry.

His interests included a lifelong passion for sports cars. He meticulously maintained his car collection, winning awards at car shows, participating in track events, and serving as a leader of local Porsche and Morgan car clubs in New Jersey and Pennsylvania.

Griffith and a group of friends traveled to France annually for 25 years to attend the 24 Hours of Le Mans endurance race and to tour the French countryside. In 1994, he made a different kind of visit to France, occupying a bunk as a passenger on the restored Liberty ship Jeremiah O’Brien, along with AFL-CIO President Lane Kirkland, and Maritime Administrator Adm. Albert Herberger, when it sailed to Normandy for the 50th anniversary of D-Day.

In lieu of flowers, the family suggests that donations be made in his name to the Maritime Industry Museum at Fort Schuyler, SUNY, 6 Pennyfield Avenue, Bronx, NY 10465.