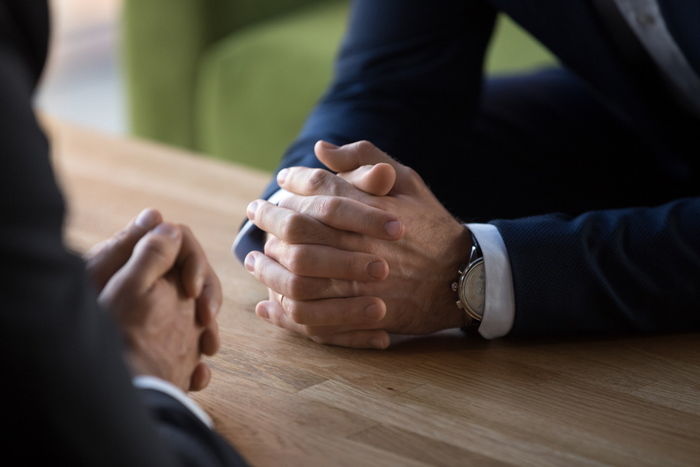 Getting MQC space is paramount in this negotiation cycle for annual trans-Pacific service contracts, and it is coming with a higher price. Photo credit: Shutterstock.com.

As the first in-person TPM in three years approaches, logistics teams at US importers find themselves with dramatically less leverage in annual trans-Pacific service contracts and little sense when the balance of power with container lines will shift their way.

The signs that container lines were gaining the upper hand were starting to materialize before the pandemic reached US shores. Ahead of TPM20, which was canceled amid COVID-19 safety concerns, container lines were growing resistant to major expansions of minimum quantity commitments (MQCs), having already gotten a taste of their pricing power in the 2019-2020 cycle. Weeks before TPM20 was canceled, carriers were confident they could push rate levels significantly. But with uncertainty about what the pandemic held for demand, carriers and shippers agreed to rate levels on par with the prior cycle: $1,300 to $1,400 per FEU to the West Coast and $2,300 to $2,400 to the East Coast.

Two years later, the trans-Pacific service contract environment is radically different. Most logistics managers are in the toughest negotiation cycle of their careers, according to conversations with more than a dozen importers. Few, if any, importers are securing their desired minimum quantity commitments from carriers, forcing them to lean more on non-vessel-operating common carriers (NVOs) and to seek contracts with new carriers. Some importers have found that carriers only want the parts of their business that work for their network — or none of it at all.

The timing couldn’t be worse. US demand for Asia imports remains strong, with retailers expecting their volumes to rise 1.5 percent in the first half of the year over 2021, Global Port Tracker said Feb. 9. The C-suite’s focus on the supply chain isn’t letting up even as the pandemic begins to ease in North America, nor is the risk to logistics managers’ employment if they find themselves to blame for lost sales, higher costs, or inability to access capacity.

Running out of space and time

The fears of logistics managers not securing needed space are spurring some to take the novel step of committing greater volumes to carriers than they think they will need. That makes some sense given low ocean schedule reliability and having been burned over the past year by not getting contracted cargo honored — whether because congestion resulted in voided sailings or if higher-paying spot cargo was prioritized at their expense. But such over-estimating, similar to the impact of phantom bookings, has a downside in making it harder for carriers to accurately forecast how much capacity they’ll need to deploy — eliciting a shrug from some frustrated shippers.

Getting MQC space is paramount in this negotiation cycle, and it is coming with a higher price. The window is over for mid-size retailers to secure space at $6,000 to $8,000 TEU per FEU from Asia to the US West. Only importers viewed as “good” partners that were able to sign in late 2021 and early 2022 obtained such deals. With contracts for preferred customers locked in or nearly completed, carriers have more leverage to demand higher rates from second-tier customers versus rates that were quoted just weeks ago. That is creating a dynamic in which importers say rates offered by some carriers are quickly escalating, Jack Chang, managing director of NVO JUSDA, told JOC.com.

The important fine print is changing, too. Importers say carriers are pushing more language that penalizes them if they don’t deliver on MQCs. Container lines tell JOC.com that the days of granting favored customers at least 15 days of free storage time on the docks — and as much as 30 days for the largest retailers — are over.

Carriers in general are focusing on smaller groups of core customers. Maersk, for example, is shifting more volumes from spot to contract, telling investors Feb. 9 that long-term contracts made up 65 percent of its business last year, up from just half in 2020. The carrier says it expects about 7 million TEU to be carried on long-term contracts in 2022, with 1.5 million to 1.7 million FEU on multi-year contracts.

Then there is the matter of getting container lines to agree to handle inland point intermodal (IPI) freight. Shippers tell JOC.com that carriers are less willing to take IPI cargo that doesn’t work with their networks. That’s forcing importers to take greater control of their landside delivery in new ways, from transloading to sharing space with domestic manufacturers on less-than-truckload services.

It is natural for shippers to take heart that a major injection of new capacity in 2023 will loosen the market. The order of new container ship tonnage in relation to the existing fleet in 2020 hit the highest point in five years, at 25.1 percent, according to an IHS Markit analysis of the orderbook. For context, the ratio was over 50 percent in 2007 before the financial crisis, when carriers felt the strains of overcapacity due to less robust volume growth than forecast. As of August 2021, the ratio between tonnage on order to existing fleet had dipped to 22.7 percent.

But new International Maritime Organization (IMO) rules will force container lines to further reduce emissions, and without a breakthrough in alternative fuel development, the only option available is to sail slower. And that will take more ships to support services — possibly as much as 25 percent more deployed capacity, according to some estimates, said Thorsten Meincke executive board member for air and ocean freight at DB Schenker.

In a January JOC.com commentary, P.T. Chen, chair of Wan Hai Lines, said he also sees deployed capacity being curbed by the IMO’s regulatory indices tightening how much emissions vessels can release per ton mile. The tighter standards “will leave the industry without much choice but to delete old tonnage that would have been phased out during 2020–21 but continued sailing due to strong demand and record-high container freight rates. The comparatively higher level of scrapping activity from 2022 on should offset the orderbook substantially and minimize anxieties about overcapacity from newbuild deliveries.” Minimizing anxiety for carriers, that is.