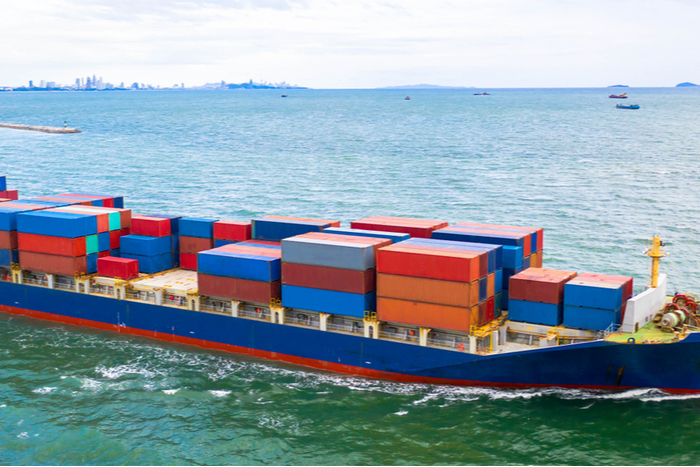 Although many factories in China report they are operating at 40 percent or more of capacity, supply chain disruptions in China could continue to limit trans-Pacific volumes. Photo credit: Shutterstock.com.

Retailers and non-vessel-operating common carriers (NVOs) are urging their customers and supply chain partners to prepare for a surge in cargo by late April as factories in China continue to ramp up production following a coronavirus-extended manufacturing lull.

In fact, if shipments of spring and summer merchandise that were disrupted by factory closures in China due to the coronavirus disease 2019 (COVID-19) merge with back-to-school shipments that normally begin to move in late April, cargo delays are highly probable. In such a scenario, importers would face tight vessel space, gridlocked terminals, and container and equipment dislocations when the spike in imports occurs.

“Volumes are low now for everybody, but come May, it will be just the opposite,” Scott Weiss, vice president of business development at Port Logistics Group, told JOC.com on Monday. “I’m telling all of our customers, ‘Don’t be fooled because volumes now are low.’”

Pinpointing the timing of the recovery in the eastbound trans-Pacific is still problematic. Although many factories in China report they are operating at 40 percent or more of capacity as the impact of the coronavirus there wanes, supply chain disruptions in China, and potentially in the United States, could continue to cause disruptions.

“There are still a lot of unknowns to fully determine the impact of the coronavirus on the supply chain,” Jonathan Gold, vice president of supply chain and customs policy at the National Retail Federation, said in the Global Port Tracker Monday.

“There are still issues affecting cargo movement, including availability of truck drivers to move cargo to Chinese ports,” Gold said. “Retailers are working with both their suppliers and transportation providers to find paths forward to minimize disruption.”

Global Port Tracker estimates that containerized imports at US ports in February declined 12.6 percent from the same month last year. March imports are forecast to decline 18.3 percent, while imports in April are projected to be down 3.5 percent year over year.

But a turnaround is anticipated in May, with Global Port Tracker forecasting a 9.3 percent increase, followed by an increase of 9.6 percent in June.

Carriers, which had announced a total of 111 canceled sailings to the east and west coasts of North America from early February to early April, appear to have peaked in terms of newly announced blank sailings as they anticipate stronger import volumes at US ports by next month.

Carriers began to cancel regularly scheduled sailings in February, first for the Lunar New Year celebrations in Asia that began on Jan. 25, followed by the extended factory closures due to the spread of the coronavirus. According to Sea-Intelligence Maritime Consulting, blanked sailings to the East Coast peaked during Week 7 ended Feb. 15 and Week 8 ended Feb. 22 for the West Coast.

“Weeks 9 and 10 have seen a clear tapering off in terms of new blank sailings,” said Alan Murphy, CEO of Sea-Intelligence. From this week through Week 15 beginning April 5, carriers have announced 15 blank sailings to the West Coast and four to the East Coast.

Murphy said the number of canceled sailings going forward will be about the same as during the year-ago period in 2019, which is a “strong indication” that carriers see a pickup in cargo on the horizon.

In fact, there still may be some hope for the beginning of the rebound to occur in April. Manufacturers of parts and components in Asia are starting to ship some of these cargoes by more expensive airfreight as factories in China ramp up production. “This is not your usual air freight cargo. It’s large and heavy,” said Christian Sur, executive vice president of sales and marketing at Unique Logistics International.

If finished products begin rolling off the assembly lines later this month, and sufficient truck capacity develops to move the merchandise to ports in China, West Coast ports next month could begin to see greater volumes given the shorter transit times from Asia, he said.

“We may definitely see some volume pickup in April,” Sur said. The real surge will occur in May and June as retailers and direct importers replenish their inventories and move into the back-to-school imports that normally occur in late spring and early summer, he said.

“Logistics means to plan. We’re telling our customers they have to plan for this,” he said.

Ocean carriers and US terminal operators must also begin planning for the surge of imports by vacating empty containers from the warehouses, truck yards, and the terminals themselves, said Gene Seroka, executive director of the Port of Los Angeles. Seroka last week said that if volumes ramp back up in four to six weeks as anticipated, the surplus of empty containers must begin moving back to Asia soon to free up space in the Southern California region for the summer and back-to-school imports.

“The pendulum is going to swing back,” Seroka said. The ports of Los Angeles and Long Beach through their joint supply chain optimization group are working with carriers, terminal operators, BCOs, labor, truckers, and railroads to move the empties back to Asia now while import volumes are still low.

Over the weekend, the MSC Oscar, with a capacity of 19,000 TEU, arrived at the APM Terminal Pier 400 facility in Los Angeles to accept loaded export containers and empty containers to be returned to Asia. The vessel is scheduled to stop at the Total Terminals International facility in Long Beach before returning to Asia.

Terminal operators in Los Angeles-Long Beach said that given the reduced outbound vessel capacity from the blank sailings that carriers have implemented so far, they have no choice but to manage the flow of empty containers to their facilities to match the vessel capacity returning to Asia.

“TTI hasn’t reached a critical point yet,” said Daniel Bergman, vice president of Long Beach operations at Total Terminals International. Bergman said that although the facility is “very full” on empties, TTI has some nearby acreage that it can use for overflow if needed. Although exports are beginning to pick up, the terminal should be able to handle both export loads and empty returns with the vessel calls scheduled for the coming weeks, he said.

Fenix Marine, which has an unused 40-acre dirt lot adjacent to its Los Angeles terminal, has been managing empty returns with no need to store equipment on the empty lot. However, Fenix has offered to open the lot if its carrier tenants ask him to do so, said Sean Pierce, president and CEO of Fenix Marine Services. The terminal has been topping off outbound vessels with empty containers at a sufficient rate to prevent the empties from interfering with yard operations, Pierce said.

TTI and Fenix Marine are two of the larger terminals in Los Angeles-Long Beach. Smaller terminals may not have sufficient buffer zones, so the port directors told the DrayTech seminar it is important that carriers deploy sufficient capacity to all of the 12 container terminals to prevent the congestion problems experienced in the spring of 2019 when a large number of blank sailings compromised the ability of the terminals to return empties to Asia before the post-Lunar New Year cargo surge.