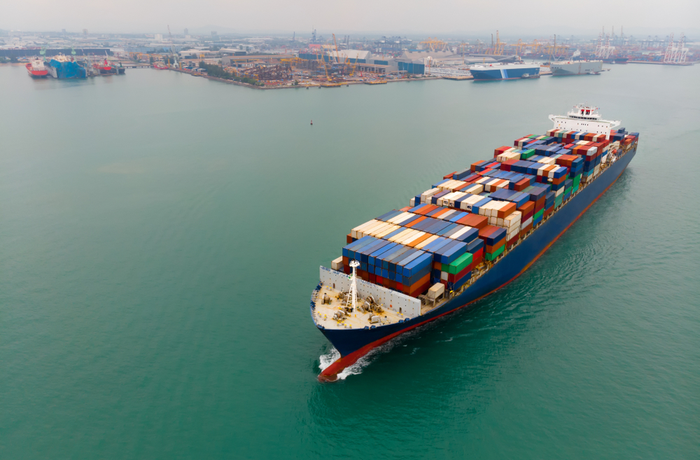 Two of the five US Federal Maritime Commissioners (FMCs) said they want to take a closer look at how the agency monitors blank sailings even as the FMC has stepped up its monitoring of how alliances cut and add capacity in response to the pandemic-driven decline in container volumes.

Commissioners Carl Bentzel and Daniel Maffei said they are not looking for a formal investigation, but said a review of how the agency tracks blank sailing and impacts the market is warranted. In an interview, Bentzel said he “wasn’t completely satisfied” with the timeliness with which carriers notify the FMC of blank sailings. FMC receives periodic briefing and recommendation from staff on their review of alliances’ behavior.

Under the Shipping Act of 1984, container shipping alliances can cancel on blank sailings as long as it is done to adjust capacity to match lower volumes and they do not cause an unreasonable reduction in transportation services or unreasonable increase in costs. Citing “the unusual circumstances and challenges created by the COVID-19 pandemic together with trade agreement changes”, the FMC said in a statement it has heightened its scrutiny of how alliances lower capacity.

Container lines reduced container slot space on the trans-Atlantic and trans-Pacific trades following double-digit declines in container volumes, leading to elevated container spot rates, rolled cargo, and premiums to ensure that cargo will be loaded onto the ship as scheduled. Some forwarders and cargo owners have accused carriers of cutting capacity too aggressively so they can maintain — and even increase — spot freight rates, which as of July 17 were up nearly 70 percent year over year in the eastbound trans-Pacific, as well as secure premiums. Container lines argued that they are adjusting capacity as best they can based on shaky volume forecasts from forwarders and shippers, as the COVID-19 pandemic thwarts the latter’s attempts to accurately predict demand beyond the next four to eight weeks.

“Both sides have a point. It’s not one of those things where we clearly see abuse going on like with detention and demurrage,” Maffei said in an interview. The FMC in late April formalized interpretive rulemaking aimed at helping it gauge whether levied demurrage and detention fees truly incentivize the retrieval of cargo and return of containers.

Maffei added that the rollercoaster-nature of ocean shipping — with US importers in January and February worried about sourcing from China during the country’s COVID-19 lockdown and then abruptly canceling orders as US demand evaporated in April and May — makes it difficult to determine what constitutes an “unreasonable” increase in transport cost or decrease in service levels.

New and increased Trump administration tariffs — as well as further threats thereof — spurring the front-loading of imports further complicates carriers ability to match capacity to demand. Carriers are loath to inject capacity that cannot be filled after they were burned during the 2008–09 financial crisis for not pulling out capacity.

“The nature of shipping in general because of COVID-19 is a challenge, but I think we are at a point where we need to review what information we’re getting,” Bentzel said.

How the FMC monitors blank sailings

The FMC generally requires carriers to notify the agency before it implements a blank sailing and no later than 15 days after the decision was made. If they fail to do so, carriers have to request a waiver in which they must explain the reasoning for not notifying the agency and when the blank sailing occurred. The agency also receives notices of the reinstatement of blanked sailings.

In a Tuesday statement to JOC.com, the commission said it prioritizes its monitoring efforts on alliances, as the highly-integrated and expansive vessel-sharing agreements have the “highest potential to cause or facilitate adverse market effects”. Alliances allow carriers to mitigate overcapacity by sharing vessels, but they are restricted by US regulators to market or sell services jointly. Alliances compete with each other, as do carriers within an alliance.

Under its four-tiered approach, the agency first reviews notifications of canceled alliance sailings or any changes in capacity that affect more than 5 percent of the group’s prior weekly vessel capacity. In the second-tier, regulators review the submitted minutes from committee meetings in which alliance members make capacity decisions, allowing FMC economists to determine the medium- and long-term outlook for capacity and the potential impact on rates. Regulators in the third-tier analyze the impact vessel capacity changes and capacity projections have on freight rates. Lastly, FMC staff checks for potential red flags by determining if carrier data filed by the alliances is complete and accurate.

“If the FMC detects any indication of carrier behavior that may violate section 6(g) (of the Shipping Act of 1984, we immediately seek to address these concerns with the carriers and, if necessary, the FMC will go to federal court to seek an injunction to enjoin further operation of the alliance agreement,” the agency said.

Canada Trade and Shipping Outlook
TPM22: What We Learned — Container Shipping in the Crosshairs
Managing E-Commerce From Order to Delivery and Beyond
END_OF_DOCUMENT_TOKEN_TO_BE_REPLACED