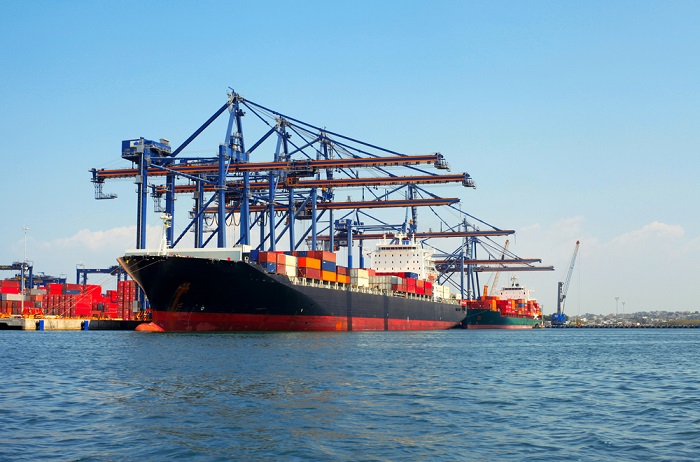 Transshipment is freight transported between an Indian port and an international "hub" port, when direct mainline connections are not available. Photo credit: Shutterstock.com.

Transshipment trade demand at Indian ports, following the implementation of a liberalized cabotage policy May 21, appears to have accelerated, as ocean carriers in trades to/from the emerging market target new growth opportunities by realigning and expanding their service offerings.

With the cabotage reform, foreign-flag ship operators can transport laden export-import containers for transshipment and empty containers for repositioning between Indian ports without any specific permission or license — an activity previously the exclusive domain of Indian carriers.

The Container Shipping Lines’ Association of India (CSLA), in its latest report to the Ministry of Shipping, argued that cabotage relaxation has paid off with significant transshipment gains for Indian ports during September.

Further, CSLA believes that in the absence of the cabotage relaxation, those containers would have moved via foreign hub ports as follows: Colombo — 19,270 TEU (41 percent); Singapore — 10,340 TEU (22 percent); Klang port — 5,170 TEU (11 percent); and others — 12,220 TEU (26 percent); those moves would have involved the use of feeder networks with heavy, extra logistics costs and longer transits for shippers.

Transshipment trade is freight transported between an Indian port and an international “hub” port, when direct mainline connections are not available.

A new JOC.com market analysis also seems to support the estimates compiled by CSLA, as dominant major public ports substantially increased their transshipment freight in September. The September totals were Jawaharlal Nehru Port Trust with 4,136 TEU, up from 2,975 TEU in August; Cochin (DP Word-operated Vallarpadam Terminal) with 2,723 TEU, up from 1,046 TEU; and Visakhapatnam with 700 TEU, up from 392 TEU.

In addition, Chennai port’s tariff discount program, announced in July, for transshipment calls, appears to have worked, as it was able to attract — for the first time — 14 TEU of such freight in September. Industry sources earlier told JOC.com that CMA CGM, Wan Hai Lines, and HMM were considering a transshipment operation at Chennai for their joint New North Europe-Mediterranean-Oceania (NEWMO) service in conjunction with various feeder operators.

Chennai is also drawing transshipment interest from other carriers — such as Wan Hai Lines and the Ocean Network Express alliance members (“K” Line, MOL, and NYK Line), given the cost benefits, according to market sources.

Although Indian major ports have a long way to go concerning productivity and cost containment, there is a general industry view that reforms-related trade transformation has eliminated regulatory barriers that long impeded growth. As a result, India is now a dominant, vibrant BRIC nation and a significant contributor to global trade, with a promising trade outlook. A recent Maersk Line survey echoed that sentiment.

Container Shipping: The Year Ahead
Learn how IFP Corp uses technology to improve operational efficiency and improve margins
US Offshore Wind: Where Is the Market Heading?
END_OF_DOCUMENT_TOKEN_TO_BE_REPLACED