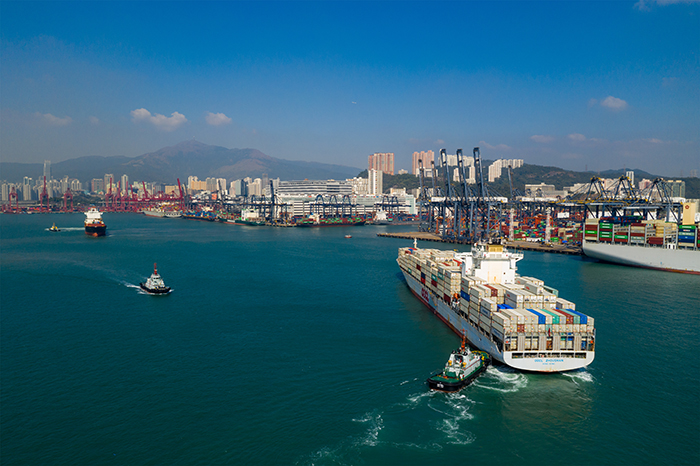 Shanghai–US West Coast spot rates soared 94.6 percent year over year to $2,755 per FEU this week, while rates to the US East Coast rose 32.1 percent to $3,255 per FEU. Photo credit: leungchopan/Shutterstock.com.

Spot container freight rates between Asia and the United States continued to surge this week as businesses in the US prepared to reopen after being shuttered since March due to the COVID-19 pandemic.

For the week ending June 12, spot pricing from Shanghai to the US West Coast jumped 29.2 percent from the previous week to $2,755 per FEU — a 94.6 percent increase from the same week last year and the highest since 2010, according to the Shanghai Containerized Freight Index (SCFI). Shanghai–US East Coast rates rose 18.9 percent sequentially and 32.1 percent year over year to $3,255 per FEU, the highest since 2018. SCFI weekly rate movements are published on the JOC Shipping & Logistics Pricing Hub.

Spot rates had already been rising in late May and early June as an unexpected spike in US import volumes from Asia collided with blank sailings by carriers.

Non-vessel operating common carriers (NVOs) have accused carriers of intentionally restricting capacity and overbooking vessels in the eastbound trans-Pacific in order to push freight rates higher. Carriers counter that they were working from customer forecasts that did not account for the increased volumes.

Anticipating a slow start to the peak-shipping season that runs from August through October due to the demand-crushing effects of the COVID-19 pandemic, trans-Pacific carriers since April have canceled more than 120 sailings into July, according to Sea-Intelligence Maritime Consulting.

Volumes of US imports from Asia plunged 18.5 percent year over year in May and are down 9.2 percent through the first five months of 2020, according to PIERS, a sister product of JOC.com within IHS Markit. But import volumes have increased in the last few weeks as some regions of the country reopened factories and retail stores that were closed during COVID-19 lockdowns.

“The country is opening faster than expected,” Jon Monroe, a transportation consultant who represents NVOs in Asia and the US, said in a June 4 newsletter to clients. Carriers are managing space so tightly through blank sailings that there is a two-week backlog in South China ports for shipments destined to the ports of Los Angeles and Long Beach, he said.

Even so, US imports from Asia are expected to decline 7.6 percent for the full year in 2020 before rebounding 8.3 percent year over year in 2021, according to GTA Forecasting, a JOC.com sister company within IHS Markit.

The latest Global Port Tracker report, which is published monthly by the National Retail Federation and Hackett Associates, projects double-digit year-over-year declines in total US imports in each month from June through September and a 7.6 percent dip in October.

Nariman Behravesh, chief economist at IHS Markit, said the next few months may look better than the second quarter, which likely will be the epicenter of a “short, sharp recession.” US real gross domestic product (GDP) will likely fall “a horrific 45 percent” on a quarter-over-quarter basis in the second quarter, and drop 9 percent for the year, he said in early June.

“We are not going to regain the levels of economic output we had in 2019 until 2022 at the earliest,” Behravesh told IHS Markit executives. “The damage has been too horrific.”