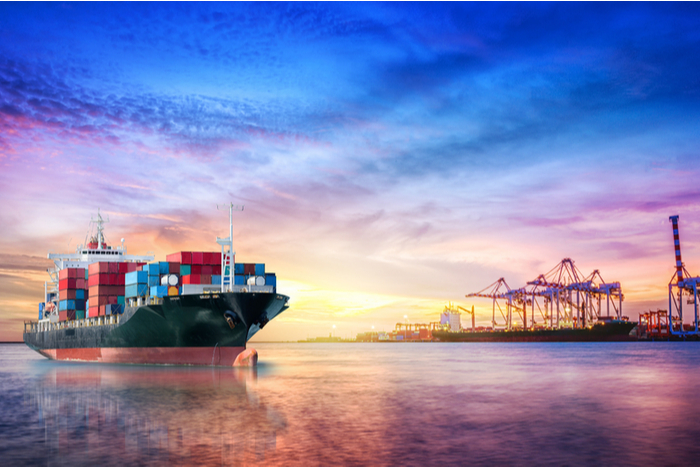 Tensions between container lines and some US importers and forwarders are building as tight capacity management and a surge in Asia-US spot rates are drawing accusations that carriers are artificially propping up rates with two dozen blank sailings scheduled from early June to early August.

With cargo forecasting likely to remain uncertain into the peak season, and reports of rolled cargo mounting, some container lines concede they may overreach when it comes to canceling sailings, but say they are prepared to reintroduce capacity quickly should imports suddenly pick up.

The West Coast spot rate on Friday increased 29.2 percent from the previous week to $2,755 per FEU, a 10-year high, while the East Coast spot rate increased 18.9 percent to $3,255, according to the Shanghai Containerized Freight Index (SCFI), which is published under the JOC Shipping and Logistics Pricing Hub.

The spot rate to the West Coast has increased $1,077 per FEU and the East Coast rate by $712 per FEU in the past two weeks, while at the same time imports have been down consistently year over year each month.

US imports from Asia plunged 18.5 percent in May after declining 1.7 percent in April and 18.3 percent in March, according to PIERS, a JOC.com sister company within IHS Markit. Carrier sources said that with all arrows pointing down due to the economic devastation caused by the coronavirus disease 2019 (COVID-19), the prudent action to take was to cancel sailings for May and June.

“June is always a weak month,” a carrier spokesperson told JOC.com. “The only way to mitigate cost when volume is weak is to cut capacity.”

Carriers announced 74 blank sailings from Asia to North America for April and May, according to Sea-Intelligence Maritime Consulting.

The senior vice president of sales at a trans-Pacific carrier said that line’s eastbound volumes were down 16 to 17 percent in May year over year, and volumes are down 10 percent so far in June. It is no surprise, then, that carriers have significantly reduced capacity this spring. While conceding that blank sailings were a “critical factor” in pushing spot rates higher when imports from Asia unexpectedly spiked in late May and early June, the liner executive noted that the decisions to cancel the sailings had been made three to five weeks earlier.

NVOs told JOC.com they believe carriers slashed too much capacity, and their intention was not only to keep spot rates from falling, but to actually push rates higher than is warranted by current market conditions.

“Carriers have deployed a strategy where they are keeping capacity below demand,” said industry consultant Dean Tracy, managing director of Global Integrated Solutions and a former logistics manager at Lowe’s.

“Carriers are managing space too tightly, causing container rolling,” said Jon Monroe, who is a consultant for US and China-based NVOs. Estimates of how much capacity has been cut below current demand in the eastbound trans-Pacific range as high as 10 percent.

Given the widespread uncertainty among carriers and their customers as to import volumes this spring, carriers probably blanked more sailings than was necessary, knowing they could reinstate some sailings if needed, said David Arsenault, president of Logistics Transformation Solutions and former president and CEO of HMM America.

“Rather than waiting to the last minute to blank sailings, they knew they would receive less criticism if they added ships back later,” he said. As for any attempt by carriers to act in unison on capacity reductions, Arsenault added: “I see no massive carrier conspiracy.”

Carriers, in fact, have reinstated several sailings that had been blanked earlier. Another option for handling an unexpected spike in demand is to deploy single-voyage extra-loaders, although carriers haven’t deployed any so-called sweeper ships yet this spring.

Carriers can also upsize an existing vessel string, as Evergreen Marine Corp. is doing by replacing 8,500 TEU vessels with 12,000 TEU ships on an all-water service from Asia to the US East Coast.

An Evergreen spokesperson said the Ever Faith will be the first of eight 12,000-TEU vessels to be deployed in the East Coast service string when it leaves Xiamen in eastern China on July 2, although the Taiwanese carrier is not upsizing the vessel string in direct response to the recent increase in eastbound volumes. Rather, the upsizing was planned several years ago when orders were placed for the 12,000 TEU ships, the spokesperson said.

Cargo owners and NVOs could face continued space constrictions on vessels leaving Asia throughout the summer. “Carriers are booked full until the end of June. With lines blanking sailings, merging and suspending services, we expect space will be tight in the third quarter,” a senior Hong Kong-based executive with a European-headquartered freight forwarder told JOC.com.

“Carriers are only releasing space to shippers according to their agreed allocation or on past utilization performance,” the executive added. “Any urgent cargo is being charged a premium.”

If volumes continue to increase but carriers do not respond with capacity addition, it could cause problems for both beneficial cargo owners (BCOs) and NVOs. Retailers and other BCOs that have year-long contracts will be able to maintain their lower contracted rates each week only for their minimum quantity commitment. The MQC is determined by dividing the annual contract volume by 52, GIS’ Tracy said.

“Customers are not protected for any volume beyond the MQC,” he said.

NVOs have a similar arrangement with carriers for steady customers, which pay a fixed rate under a “named account” arrangement. However, with space filling quickly on vessels leaving Asia, carriers are not guaranteeing NVOs that their named accounts will get all of their shipments on board at the contract rate, which means that if a shipment is urgent, the customer must pay a premium, Monroe said.

Tight capacity conditions are expected to remain at least through June, said Paul Tsui Hon-yan, managing director of the logistics company Janel Group. He said volumes from Hong Kong and China “improved significantly during the last two weeks” and currently stand at about 75 to 80 percent of the normal volume for this time of year.

This is already being reflected in higher rates, with CMA CGM on Monday announcing a peak-season surcharge. The carrier said a $600 per-FEU surcharge in the eastbound trans-Pacific will extend from July 1 through the end of the month.

Space is especially tight on Pacific Southwest services from Asia to Los Angeles-Long Beach, which accounts for the larger percentage increases in spot rates to the West Coast than on the all-water services to the East Coast. Given the uncertainty involving tariffs and the US-China trade war, cargo owners want to get their shipments in as quickly as possible, Arsenault said.

“We’re beginning to see a push back to the West Coast, where there is better velocity,” he said. West Coast services reach the US about 10 days to two weeks faster than all-water services to the East Coast. Also, when shippers import through Southern California, they have the option of directing their shipments to Chicago, Atlanta, Dallas, or wherever they are needed most, he said.

With so much uncertainty as to customer demand for back-to-school — let alone holiday — merchandise, the trade manager at an NVO said speed to market and the ability to delay the choice of destination in the US until the last minute will continue to favor routings through Southern California. He said he expects retailers will hold off forecasting their peak-season needs until sometime in July.