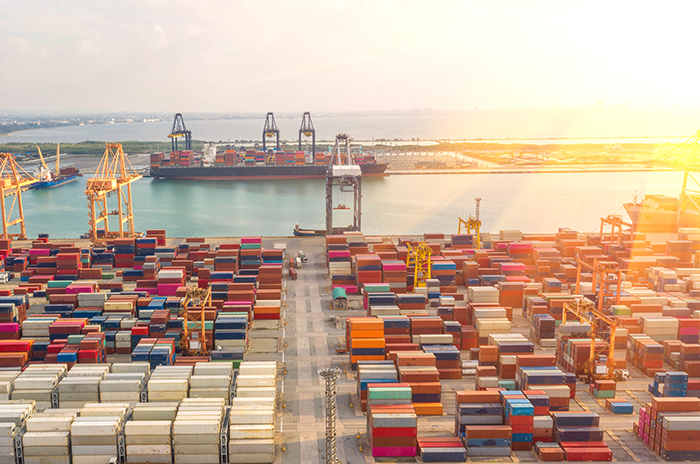 Carrier executives, NVOs, and shippers tell JOC.com service contract rates in the eastbound trans-Pacific trade are coming in at around $200-300 per FEU higher than last year. Photo credit: Shutterstock.com.

With the service contracting season in the eastbound Pacific expected to draw to a close in mid-May, most importers and non-vessel-operating common carriers (NVOs) have signed for base rates of about $1,400-1,500 per FEU to the West Coast. That’s an increase of about $200-300 per FEU from last year, according to carrier and shipper sources.

Most beneficial cargo owners (BCOs) and NVOs are agreeing to pay higher base rates this year with the hope that carriers in the peak autumn months will be less inclined to hit them with huge premiums of as much as $1,000 per container just to get on the ships, as occurred last year. “BCOs are saying, ‘I cannot deal with another year like last year,’” a carrier executive said.

A BCO who last year was hit hard by peak-season surcharges said for the first time he has negotiated a “capped peak” surcharge in his contracts this year. “If we agree to a peak now, we should get treated better later. We’ll see,” he said.

Some BCOs held out on signing contracts until after May 1 because they thought the initial offers from carriers were too high. That strategy worked for some. “Some who signed early paid 35 percent more than last year. I’m up about 15 percent,” a BCO said.

A carrier executive told JOC.com even some relatively large importers view this year’s higher contract rates as an “investment” that will pay off later this year if spot rates spike along with peak-season volumes. They intend to remind their carrier representatives they didn’t go after the lowest contract rates that were available in May, he said. Stronger capacity discipline and fewer carriers due to consolidation have been cited by some senior carrier executives for their stronger hand in negotiations this year.

Another strategy that BCOs are trying this year is to spread their volume around with more carriers, including non-alliance carriers. In hindsight, an importer who last year booked most of his freight with the members of a single alliance felt he could have done better working with the three large alliances.

There is a sense of urgency among customers this year to lock in the base freight rates so they can turn their attention to the higher bunker adjustment factor (BAF) that carriers will begin charging in the fourth quarter as they prepare their vessels to transition to the low-sulfur fuel oil (LSFO), or its equivalent, that shipping lines must begin using on Jan. 1, 2020. The International Maritime Organization’s mandate is expected to add as much as $200-300 per TEU to carriers’ fuel costs, but the exact amount probably won’t be determined until the fourth quarter. Some contracts address LSFO with a formula that outlines how the carrier will calculate the BAF, but the price will be determined late in the year, a shipper told JOC.com.

Interviews with six senior carrier executives, seven NVOs, six BCOs, and an industry consultant confirmed that maintaining a fluid supply chain and getting merchandise on store shelves when it is needed is the number one priority of retailers this year, and pricing is a distant second. “Their greatest fear is not having a fluid supply chain. Do you really want to go to the mat for $100?” another shipping executive said.

Service contract rates reflect the cargo volume committed by a shipper, each carrier’s mix of bookings directly with importers or with NVOs, and the volume committed by large retailers who sign at a discount compared with smaller shippers and NVOs. The rates shippers can secure depend on the amount they ship, when they ship, the service level they require, and, naturally, what various carriers can offer.

The largest four or five retailers this season reportedly signed for as low as $1,250 per FEU to the West Coast, although three carriers told JOC.com their lowest rates for the biggest shippers are about $1,350 per FEU. However, each contract is different, and what is said to be a base rate of $1,350 per FEU for one large customer may include a “deal” on chassis usage that may not apply to another customer, an NVO noted.

Approximately 85-90 percent of the direct shipper accounts are said to have signed service contracts as of early May. NVOs were beginning to sign their “named accounts” (specific customers), although many NVO contracts for “FAK” (freight all kinds) rates, which float with the market, remain to be negotiated.

It is also difficult to quantify what constitutes a midsize shipper and a large shipper because there is no industry standard that defines customers in terms of minimum quantity commitment (MQC), a carrier executive noted. He gave the broad range of 500-2,500 TEU committed to a single carrier for midsize shippers, about 5,000-8,000 TEU for large shippers and the top four or five shippers “anything above that.” A former liner executive noted that larger BCOs will designate 30,000-40,000 TEU for contracts in a particular year, but since they spread their contract cargo around to five or six carriers, no single line will get more than 5,000 TEU.  “Anything more than 1,500 is considered substantial,” he said.

Generally, service contract rates on all-water services from Asia to the East Coast are about $1,000 per FEU higher than the West Coast rate, although some carriers and BCOs say the differential in this year’s contracts, which will run through April 30, 2020, is slightly less. Service contract rates that lines are able to charge vary from carrier to carrier depending upon the perception among BCOs of each carrier’s service levels. One carrier executive quoted these all-water rates to the East Coast: $2,400 per FEU to the South Atlantic ports, $2,500 to New York-New Jersey, and $2,500-2,600 to the Gulf.

Capacity in the trans-Pacific this year is projected to be the same as last year, according to Alphaliner. After last year’s 7.2 percent increase in imports, demand this year is projected to increase in the low single digits, about 1-3 percent. Imports from Asia actually declined 0.1 percent in the first quarter, according to PIERS, a JOC.com sister company within IHS Markit. The 2018 numbers were inflated when retailers and manufacturers front-loaded spring 2019 shipments when 25 percent tariffs on more than $200 billion of imports from China was threatened. US-China negotiations to end the trade war, and the tariffs and counter-tariffs that are a part of the trade war, are set to resume in Washington on Wednesday.

Carriers last year gained significant leverage over spot rates by removing capacity when seasonal demand slackened, and by deploying extra-loader vessels when demand spiked. That strategy has continued into 2019, with about three dozen blank sailings since January. Last autumn, spot rates hit five-year highs of about $2,600 per FEU to the West Coast and $3,600 per FEU to the East Coast. The spot rates now are about $1,600 per FEU to the West Coast and $2,600 to the East Coast, according to the Shanghai Containerized Freight Index published on the JOC Shipping & Logistics Pricing Hub.

Customers feel they were taken advantage of last autumn when the front-loading of imports put vessel space at a premium and some carriers charged way above contract rates. “It’s almost like it was in 2010,” an NVO said. Carriers had removed a significant amount of capacity during the 2008-2009 economic recession, and when imports surged in 2010 as retailers and manufacturers replenished inventories, spot rates increased rapidly.

Some BCOs complained that last autumn’s $1,000 per-container peak-season surcharges played havoc with the budgets they had presented to their companies earlier in the year. “We went 8-15 percent over budget,” an importer told JOC.com.

Retailers, who plan their imports months in advance of major shopping periods such as back-to-school and the holidays, are trying at all costs to prevent such volatility this autumn by agreeing to higher service contract rates, and in some cases are prepared to pay an agreed upon peak-season surcharge (PSS) of $200-300 if vessel space is especially tight. The reality of the market is that carriers will fill limited slots with containers that pay a PSS before containers that don’t. “I’ve been on both sides. I get it,” an NVO said.

The next milestone in carrier-shipper negotiations will occur in the final months of the year as carriers transition most of their vessels to burn low-sulfur fuel with a 0.5 sulfur content, or to install scrubbers that will allow them to continue using today’s less-costly 3.5 percent sulfur bunker fuel. BCOs say each carrier seems to have its own formula as to how much its fuel costs will increase per TEU. Some BCOs are beginning their negotiations on this topic by hiring consultants and presenting carriers with their own formulas. “We spent a lot of time on our BAF agreement. We hired experts,” a retailer stated.

Carriers say they have indeed had such discussions with customers, with proposed formulas ranging from reasonable to unreasonable, by their calculations. While clarity is expected to emerge later this year when the price of low-sulfur fuel at major bunkering locations is made public, carrier representatives in public presentations going back to the JOC’s TPM conference in March have stated they intend to pass 100 percent of their increased costs on to customers through floating bunker fuel surcharges.

The low-sulfur fuel development is also expected to have an impact on vessel capacity in the fourth quarter. Each vessel that transitions to low-sulfur fuel must be laid up for about a week to flush out the high-sulfur fuel, which means that dozens of sailings will be blanked. Also, carriers and NVOs say another round of front-loading could occur in the fourth quarter as retailers attempt to get ahead of the increased BAFs that will be charged at the end of the year.

Bill, do you have the data on

Permalink Submitted by iharris@cosco-u... on May 13, 2019 6:05PM EDT
Bill, do you have the data on what the global carrier industry total profit was in 2018 FY?
Maritime News›Container Lines
North America›United States