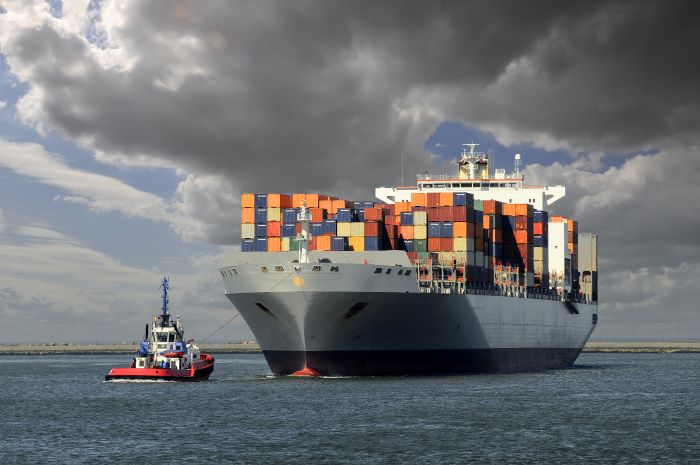 Trans-Pacific carriers have been unable to stop the decline in freight rates in what should be the busiest time of the year. Photo credit: Shutterstock.com.

Container lines are blanking at least 37 eastbound trans-Pacific sailings this month and next and canceling a weekly service to the US East Coast as spot rates fell for the fifth straight week and a moderate peak season ends.

Carriers have announced 29 blank sailings for October, eight in November, and the cancellation of a weekly service from Asia to the US East Coast from November until March.

Carrier and shipper sources told JOC.com they expect that THE Alliance’s customer advisory on suspension of the EC3 service from Central and South China to Savannah, Jacksonville, and Norfolk will be followed by announcements from the Ocean and 2M alliances of suspended services.

The suspension of services during the slack winter months is standard in the eastbound trans-Pacific. “When each alliance plans out its winter program, they each agree upon one service. The services usually go out for about three months,” a source at a non-vessel-operating common carrier (NVO) said Monday.

However, capacity reductions will be greater than usual this year because carriers will blank dozens of sailings in addition to suspending weekly vessel strings.

Carriers this fall have been unable to stop the decline in freight rates in what should be the busiest time of the year. The spot rate to the West Coast on Friday was $1,313 per FEU — the rate from Shanghai to Los Angeles has slipped each week since peaking at $1,615 on Aug. 30. The East Coast rate last week was $2,335 per FEU, also down five consecutive weeks from $2,691 on Aug. 30, according to the Shanghai Containerized Freight Index (SCFI) published on the JOC.com Shipping & Logistics Pricing Hub.

This is in sharp contrast to peak season 2018, when retailers and manufacturers front-loaded imports to avoid tariff deadlines in the United States-China trade war, and deployed about three dozen extra-loader vessels to handle the surge in imports. Last week’s spot rates are down 47.5 percent to the West Coast and 29.3 percent to the East Coast from Week 41 in 2018, according to the SCFI.

US imports from Asia increased only 1.8 percent year-to-date, dragged down by a decline of 4.6 percent in imports from China, according to PIERS, a JOC.com sister company within IHS Markit.

Carriers this fall are aggressively canceling individual sailings. A compilation of blank sailings provided by an ocean carrier shows that from Week 40 to 44 in October, based on customer advisories by alliance member lines and non-alliance lines, a total of 29 voyages have or will be blanked. Those canceled sailings will reduce capacity on Pacific Southwest services 1.2 percent, to the Pacific Northwest by 2.3 percent, and to the East Coast by 1.7 percent, for a total capacity reduction in the eastbound trans-Pacific in October of 1.6 percent.

Carriers since August have individually announced general rate increases (GRIs) of as much as $1,000 per FEU. Carriers achieved nowhere near those increases, although some lines were able to achieve short-lived increases of $50 to $100 per FEU. The GRIs quickly dissipated the week after they were implemented. The NVO source noted eastbound rates appear to have converged since August, with those lines seeking larger GRIs coming down and lines with smaller GRIs achieving slight increases as vessel space tightened before China’s Golden Week began Oct. 2.

A carrier executive said he believes rates might increase a bit in November due to the blank sailings and an increase in shipments before the next round of tariffs on mostly consumer merchandise from China takes effect Dec. 15. The partial, phase one agreement delaying an increase in the tariffs scheduled to take effect on Tuesday did not address the December 15 tariffs on $300 billion of imports from China.

Global Port Tracker, which is published by the National Retail Federation and Hackett Associates, projects an 8.8 percent increase in imports in November over November 2018. October imports are projected to decrease 5.5 percent from a year ago.