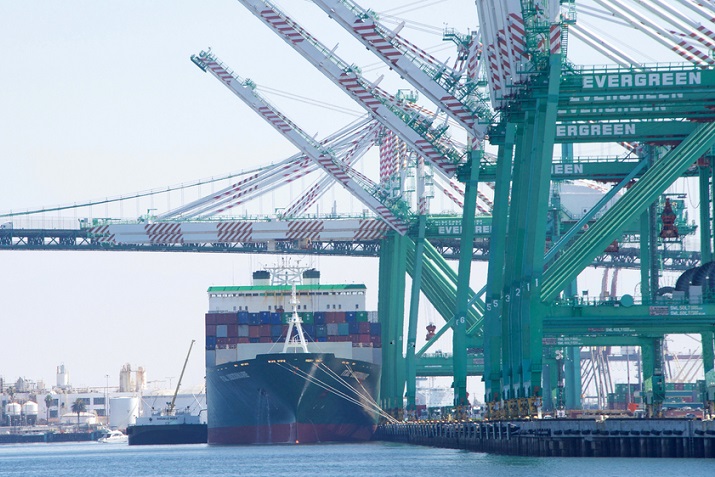 How the reduced capacity meets slowing US import volume, which will be reflected in weekly spot rates, will give a preliminary picture of what to expect in supply and demand for the coming year. (Above: The Port of Los Angeles.) Photo credit: Shutterstock.com.

Trans-Pacific carriers are canceling sailings to reduce eastbound TEU capacity at a slightly higher rate than last year as they prepare for a steep drop in demand during the Lunar New Year and they position themselves for annual service contract negotiations beginning in March.

How the reduced capacity meets slowing US import volume, which will be reflected in weekly spot rates, will give a preliminary picture of what to expect in supply and demand for the coming year. A clearer picture will emerge in March when carriers reveal revamped services and capacity deployments as they launch service contract negotiations with customers for the period May 1, 2019, to April 30, 2020.

Container lines and alliances are beginning to signal how they’re approaching capacity deployment in the spring. Zim Integrated Shipping Services and 2M partners Maersk Line and Mediterranean Shipping Co. on Jan 10 announced plans to extend their partnership on the trans-Pacific from a vessel-sharing agreement (VSA) for a service to the US East Coast to one calling the west coast of Canada and the United States. According to Alphaliner, the revamped partnership, which features Zim ending its Asia-Mediterranean-US West Coast service, will likely keep capacity through the tie-up largely unchanged, thanks to the deployment of larger 2M ships to handle the Zim volume.

Separately, CMA CGM and its Ocean Alliance partners Cosco Shipping, Evergeren Line, and OOCL on Wednesday said they are strengthening their tie-up with a new product dubbed Ocean Alliance Day 3, launching in April. The alliance said it will offer the largest service offering on the trans-Pacific with 19 services.

While no formal offers have been made for the 2019 service contracts, carriers are said to have originally targeted contract rates of about $1,500 per FEU to the West Coast and $2,500 per FEU to the East Coast, although those numbers are said to have come down a bit recently. Carriers are also indicating that contracts should include a peak-season surcharge of about $300 per FEU, with allowances for further hikes if warranted during the busiest weeks.

Retailers expect US imports to weaken in the first half of 2019 due to the front-loading of shipments last autumn to get ahead of the Trump administration’s 25 percent tariffs on more than $200 billion of imports from China. US imports in calendar year 2018 increased more than 6 percent, including an exceptional increase of 21.8 percent in December over December 2017, according to PIERS, a  JOC.com sister company.

The cancellations that carriers announced so far include 22 blank sailings from Asia to the West Coast, which is down from the 28 blank sailings that occurred during the three-week period of Chinese New Year in 2018. Carriers so far have announced 13 blank sailings to the East Coast, up from 11 blank sailings when factories in Asia closed for the 2018 Lunar New Year. The data were compiled by SeaIntelligence and published in its Sunday Spotlight this week.

The picture is even brighter when the 2019 blank sailings are measured against the three-week average of past Lunar New Years. “As far as the current vessel deployment schedules are concerned, carriers are looking in good shape capacity-wise ahead of Chinese New Year, if previous years are used as a guide of how much needs to be blanked,” he said. During the three weeks of this year’s Lunar New Year, carriers to the West Coast already plan to remove about 48,000 additional TEU than the average TEU that was blanked during 2016-2018. Planned capacity reductions to the East Coast are 56,300 TEU higher than the average during the 2016-2018 period, he said.

If the blank sailings result in only a modest drop in spot rates, carriers believe they will enter the service contracting period with enough leverage to negotiate annual contracts with at least compensatory rates. While the definition of compensatory varies, the breakeven rate for West Coast services generally falls in the range of $1,200 per FEU at the low end to $1,600 per FEU on the high end, and $2,200 to $2,600 to the East Coast. Carriers attempt to attain profitability through higher spot rates and peak-season surcharges during the busy summer-autumn months. Last November spot rates exceeded $2,500 per FEU to the West Coast and $3,700 to the East Coast.

While spot rates play a role in negotiating the eastbound Pacific service contracts, the annual rates paid by steady customers are priced more so on annual supply-demand projections. Projecting total capacity on a trade lane for the peak season that is at least seven months away is difficult. IHS Markit projects that global container capacity in 2019 will increase 2.6 percent, down from a 6.2 percent increase in 2018 over 2017. However, Lawrence Burns, senior vice president of trade and sales at HMM, said vessel deployments in the eastbound Pacific will not begin to take shape until March.

Based on the extreme volatility in pricing that occurred last year, carriers and shippers agree that this year their goal is to reach mutually agreeable service contract rates in May and to include in the contracts mutually agreeable peak-season surcharges in the busy summer-autumn months.

Last year, fearing overcapacity, carriers agreed to what they called “disappointing” contract rates of roughly $1,200 per FEU to the West Coast and $2,200 to the East Coast. However, disruptions to the supply chain when the front-loading of merchandise began in the summer and accelerated into the autumn fed a spot-rate frenzy that saw West Coast spot rates soar from $945 per FEU in March to $2,606 in November. The East Coast spot rate surged from $1,933 per FEU in March to $3,739 in November. Neither carriers nor shippers have an appetite for such rate volatility this year. “Everybody wants to avoid it,” said Michael Klage, solutions director at TOC Logistics International.

Given the fact that some peak-season surcharges last autumn approached $1,000 per FEU, carriers and shippers feel a market-based solution included in the service contracts could avoid extreme volatility during the 2019 peak season. “Ships fill up. The reality is that there are sound economic reasons for peak-season surcharges,” said Bill Rooney, vice president of strategic development at Kuehne & Nagel.

Permalink Submitted by ferrullig@minds... on Jan 17, 2019 11:28AM EST
Looking at "breakeven" numbers based on one way trade is a path to destruction. Carriers costs are round voyage not one way. Revenues in the headhaul have always subsidized the backhaul, regardless of direction. Here the TPEB rates at say $1400. may provide breakeven numbers for the TPEB moves at 90+% utilization - but then the backhaul at less than $600. and less than 60% utilization and a ton of repositioning costs from inland locations - then what?? Where is the breakeven??
Maritime News›Container Lines
International Logistics
International Logistics›Logistics Providers
Maritime News›Trade Lanes
North America
North America›United States