Is there a container shortage brewing?

Is there a container shortage brewing? 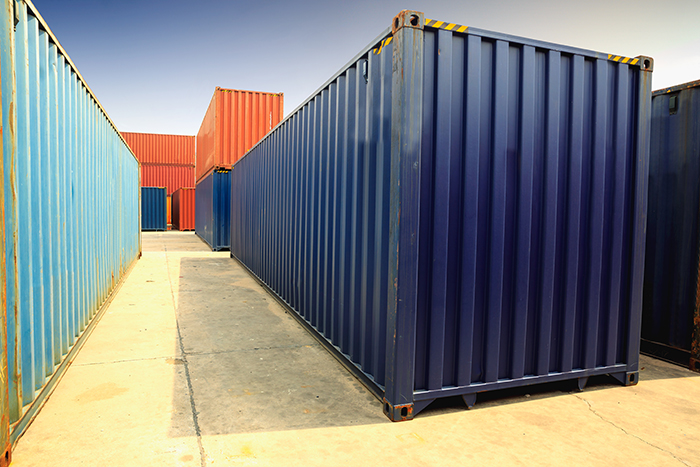 Some believe that due to a variety of factors, including new Chinese factory regulations and current robust Europe to Asia volumes, a container shortage could emerge this spring, making it difficult for beneficial cargo owners to find equipment to move shipments.

There are clear signs of tightness in the container leasing market, which accounts for roughly half of the ocean containers used in international trade. One major carrier off the record said it saw a shortage taking shape in coming months.

But others say that like in most recent instances of widespread container shortages, such as in 2010, the situation was resolved fairly quickly due to the ability of Chinese factories to quickly ramp up production.

In a Nov. 11 earnings call, the CEO of Triton International, Brian Sondey, described a “strong tightening of supply.” “New container production volumes have been low since the middle of 2015, which has combined with modest trade growth to drive our market from surplus to an increasingly tight shortage.”

He said factories across China under new regulations must shift from using solvent-based paints to water-based paints over the course of the first half of 2017. “And we've seen where that's happened already, that's created a lot of production disruptions,” he said.

“And we think there's a variety of things that's going to keep the supply tight even as the markets improve. That includes the fact that the factories have really ramped down their labor forces and moved down to one shift from two shifts. It takes time to add workers back, especially before Chinese New Year. I think that's practically very difficult,” he said. Triton’s stock is up 58 percent as of Feb. 10 compared with Dec. 30.

Others acknowledge that shortages are a subject of current discussion, but are not overly alarmed. Two container lines spoken to this week denied there were issues on major east-west trades.

Speaking at this week’s Georgia Foreign Trade Conference at Sea Island, Alphaliner’s Tan Hua Joo agreed there are sporadic shortages but discounted how long the situation would last.

“I would say yes, right now there is a certain shortage of containers in certain parts of the world, but it is a situation that is solvable,” he said. “The lead time to build new containers is basically two months, and there is still right now in China a surplus of manufacturing capacity for containers. If they want to clear this up, it is fairly easy to do so.”

Speaking at the same conference, former US Hyundai Merchant Marine CEO and now consultant Dave Arsenault said shortage is too strong a word. “I would redefine that as displacement. I think there will be adequate containers.”

He said a large portion of the Hanjin Shipping-leased fleet has been returned and redeployed to other carriers, but he said the phase-in of the new alliances on April 1 could be a factor to watch.

“Where you have ships coming out of one alliance and cascading out into a different alliance, what often results is a disruption in the normal flow of how you evacuate your empty containers and get them from a surplus location to a proper deficit location. That is probably the bigger risk,” he said.

Howard Finkel, executive vice president at China Cosco Shipping Lines, said there is an equipment shortage in the Gulf currently but “not the overall trade.”

He said a continuing issue with regard to equipment availability is that importers keep asking for lengthy periods of free time; while importers used to ask for 10 days, now shippers are asking for 20 to 30 days.

“We try to say no but sometimes we agree to them under extreme duress,” he said.

Asked if a container shortage was taking shape, Phil Brewer, CEO of container lessor Textainer said: “We have already said publicly that there was minimal container fleet growth during 2016 [new-builds not much higher than disposals] and we expect limited new ordering due to [a] focus on reactivating Hanjin units, reduced liquidity in the industry and some reluctance to buy containers post waterborne paint regulations being imposed in April, until quality can be assured.

“We have also said that rental rates for both new and used containers have increased.”

There has to be an element of

Permalink Submitted by ferrullig@minds... on Feb 11, 2017 10:52AM EST
There has to be an element of lessening of investment by carriers who have lost Billions during the past six years. Buying or leasing, it takes money and when you are looing money for six straight years, capital investments shrink, new containers are not immune from that dynamic.