Sun sets on trans-Pac discussion group, and an era in shipping

Sun sets on trans-Pac discussion group, and an era in shipping 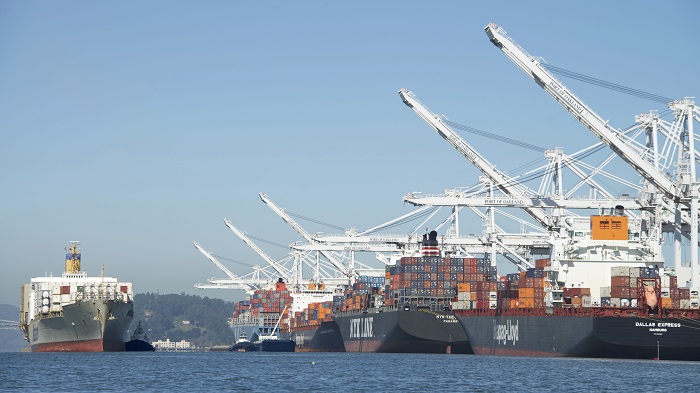 The closing of the once-influential discussion group of carriers in the trans-Pacific after nearly 30 years underscores not only how proposed rate increases — often undercut by members themselves — no longer faze shippers, but also the heightened scrutiny by global regulators.

The Transpacific Stabilization Agreement’s (TSA's) decision to end operations Feb. 8 comes after Maersk Line withdrew from the group in December, bringing the number of members to nine, compared with its ranks of 16 in 2008. The writing was on the wall for the TSA after language in a US House of Representatives bill was introduced that would force carriers to choose between membership in rate discussions and ocean carrier alliances.

Earlier last year, members had agreed to stop discussing rate and surcharge guidance because of antitrust concerns tied to the group not having the green light from regulators in China, Hong Kong, and India, as reported by JOC.com in June. TSA’s decision to end rate and surcharge discussions, a core reason for the existence of the group, came before US antitrust regulators served subpoenas to carriers at a Box Club meeting in San Francisco on March 15.

Under the limited US antitrust immunity granted by the US Federal Maritime Commission, container lines that belong to discussion agreements can meet to discuss and agree on voluntary rate guidelines, but they are subject to Department of Justice antitrust prosecution if they exceed this authority by jointly fixing rates. Carriers have scoffed at the idea that they are colluding on rates offered to beneficial cargo owners and non-vessel-operating common carriers, pointing to low rates and deep losses, albeit with 2017 as the first exception in six straight years.

Antitrust immunity is becoming steadily less relevant in the container shipping business as carriers struggle with overcapacity. In a market defined by overcapacity, carriers are undercutting each other on rates, trumping the main motive of the group: rate discipline. In response to the shrinking success of general rate increases (GRIs), the TSA in 2015 changed its strategy to push for rate levels during trans-Pacific contracting season.

The regulatory landscape is changing in the United States too. To avoid fines and end an EU antitrust suit and investigation, Maersk Line, Mediterranean Shipping Company, and more than a dozen other carriers agreed in early 2016 to revise their pricing practices. After the simultaneous publishing of GRIs raised concerns of cartel-like behavior, the carriers agreed to publish binding actual rates a month ahead of any increase that may also act as a price cap.

In a statement, TSA executive administrator Brian Conrad said changes in the trans-Pacific and global market had shown that the group’s “original mission was no longer viable.” Aside from no longer discussing rates, the TSA in July stopped publishing its guideline formula for calculating fuel costs. The TSA, citing changing marketing conditions and cost structures, has found it “unrealistic” to rely on a single guideline, and will cease offering the benchmark formula that takes into account vessel size and transit time, according to a statement from advisory service Breakthrough Fuel.

"TSA has for many years served a valuable function to the carriers and other industry stakeholders," Conrad said. “TSA has been a key element in helping to maintain and grow a wide range of carriers operating in the trade over the long term, offering shippers the broadest, most reliable choice of service options possible. It has also been a strong advocate for carrier interests with both global regulators and the shipping public.”

Ding Dong the with is dead

How to Improve OTIF: 15 Tips for On Time and In Full Delivery
END_OF_DOCUMENT_TOKEN_TO_BE_REPLACED