Summer surge shows in US August imports from Asia

Summer surge shows in US August imports from Asia 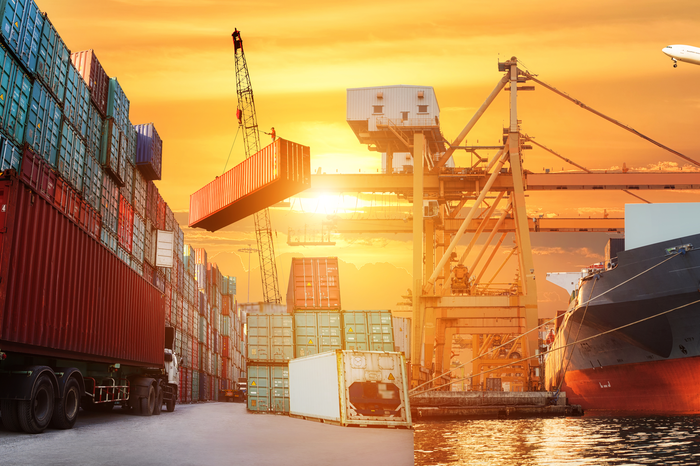 US imports from all of Asia in August increased 13.4 percent year over year, while imports from China alone jumped 16.5 percent. Photo credit: Shutterstock.com.

The significant two-month gain shows the full force of the import surge that began in late June with the reopening of the US economy following lockdowns in the early days of the COVID-19 pandemic.

US imports from all of Asia accelerated from 1.23 million TEU in June to 1.5 million TEU in July to 1.65 million TEU in August, according to PIERS, a JOC.com sister company within IHS Markit. That 450,000 TEU gain from June to August meant a 34 percent jump in imports over the summer.

August’s imports from Asia were up 13.4 percent from a year ago.

August imports from China were up 16.5 percent from last year.

China is a large producer of two of the major drivers of imports from Asia: e-commerce fulfillment and PPE. In the first seven months of 2020, imports of PPE totaled 395,455 TEU, up 38 percent over the same period last year.

Monthly imports tracked by PIERS highlight the abrupt change in imports from Asia and China that took place this summer. Early in the year, production in China collapsed when COVID-19 emerged there. Consumer demand in the US plunged in the spring during the subsequent US lockdowns.

Despite two months of growth, however, imports from Asia are still down 7.4 percent year-to-date through August compared with the first eight months of 2019. Imports from China are down 9.2 percent.

August was the first month in 2020 that total US imports globally increased year over year.  August imports were up 11.7 percent from August 2019, after declining 2.5 percent in July from July 2019. Year-to-date, total US imports are down 5.2 percent.

The volatility in imports this year has had an uneven impact on supply chains at US ports and on inland transportation. The just-in-time nature of many imports caused retailers to concentrate their imports in Los Angeles-Long Beach. West Coast ports in general attract time-sensitive shipments destined for the US interior because importers save 10 days to two weeks in delivery times compared with all-water services from Asia to the East Coast. Southern California, with about 1.8 billion square feet of warehouse space, can respond quickly to import surges.

This summer, however, the ports of Los Angeles and Long Beach and the Southern California infrastructure linked to the ports were overwhelmed by the container volume. The result was marine terminal congestion, chassis shortages, and slower processing of shipments at import distribution centers due to safety measures and worker shortages. Also, spot ocean rates in the eastbound trans-Pacific increased from $2,704 per FEU on July 24 to $3,758 per FEU last Friday, according to the JOC Shipping & Logistics Pricing Hub published on JOC.com.

Also, over-the-road truck rates from Southern California to Chicago doubled, and railroads assessed surcharges on intermodal shipments to the eastern half of the nation.

Carriers, retailers, and non-vessel operating common carriers (NVOs) are uncertain how long the import boom will continue. NVOs told JOC.com they expect imports to remain strong at least through October. In past years, September and October were the busiest months as retailers shipped their holiday-season merchandise. This year, the August Global Port Tracker, which is published by the National Retail Federation and Hackett Associates, projected year-over-year imports will decline 13.3 percent in September and 9.9 percent in October.

However, with the strong growth in online shopping, continued demand from in-home office supplies and exercise equipment, and the ongoing requirements for PPE, some NVOs with contacts at factories in China say imports could remain elevated through the end of the year.