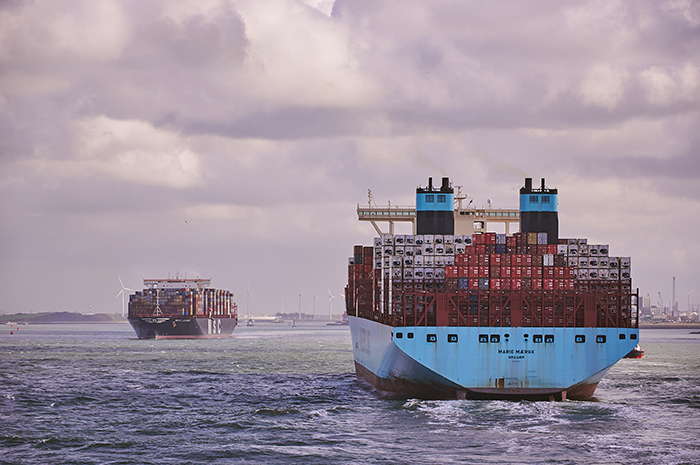 This was the prediction of Parakrama Dissanayake, chairman of the Sri Lanka Ports Authority, who said the announcement by Maersk that it intends to become an integrator of container logistics is an indication of how this scenario might play out in the years ahead.

“The integrated Maersk would have full control of its entire supply chain. Because they have the scale, the mega-shipping lines will not need to be part of any alliance. To run independently will be the only way to differentiate their product,” he told JOC.com.

“Currently, the alliances have four or five members coming into a port where they are all vying for the same box, so how do they differentiate the product? Only by price, and that is why the rates keep coming down. How long can the alliance model survive?”

Dissanayake said there is no real bargaining power in an alliance when it comes to ports because only individual carriers can enter into service agreements with terminals. “So, one-to-one there is no sharing of resources. The concept of the mega-alliances will change in time, maybe five years, maybe 10 years. You will be left five or six large shipping lines running the show.”

Not convinced with this argument was Rolf Habben Jansen, CEO of Hapag-Lloyd, which is a member of THE Alliance along with Yang Ming and the three Japanese carriers NYK, MOL, and “K” Line, which will operate under merged entity Ocean Network Express (ONE) from April.

Habben Jansen said ships are simply too big for one carrier to handle, with fewer direct calls limiting their ability to collect enough cargo. “To fill a 20,000 TEU vessel on your own at just three ports is a very big task. and if anything goes wrong you immediately have a huge utilization risk that would be mitigated by partners,” he said.

“That is why in the airline industry you see a lot of code shares, especially on long haul because if one station can’t fill a plane, you have back up. It is partly cost but mainly sharing the responsibility of filling the ships, and that is a very big responsibility.”

The need to differentiate was also raised at TPM 2018 by Jeremy Nixon, CEO of ONE, who said the mega-carriers of Maersk, Cosco, Mediterranean Shipping Co., and CMA CGM had to differentiate themselves wherever they can.

“What you are seeing is larger, stronger companies emerging, and they need to be very clear on what their market strategy is. They need a clear go-to-market strategy and a clear business plan, [to] execute that very well, and work out their segment strategy,” he said.

“This idea of becoming a one-stop ship, a full-blown integrator — OK, that is their [Maersk’s] go-to-market strategy and it will be interesting to see how that plays out.”