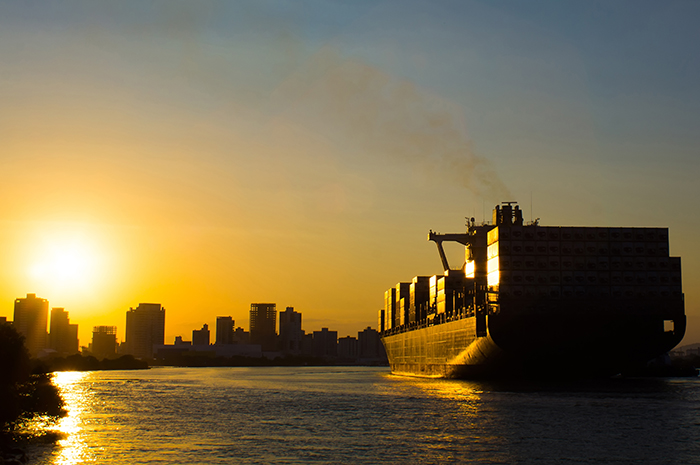 According to multiple sources, trans-Pacific container contract negotiations in 2020 have been far less confrontational than usual, as the high-stakes brinkmanship seen in previous years has become a sideshow to the economic collapse caused by the COVID-19 ­pandemic. Photo credit: Shutterstock.com.

This year had the potential to bring an epic clash between shippers and carriers engaging in annual trans-­Pacific contract negotiations.

How can a shipper, one might ask, sign a contract when the idea of service consistency or reliability has been thrown out the window by the dozens of canceled sailings? Over the next three months, carriers will remove anywhere from 11 to 29 percent of trans-Pacific capacity to the West Coast, according to Sea-­Intelligence Maritime Consulting. And in the first three months of the year, overall on-time schedule reliability of 67.9 percent was the second lowest across any first quarter going back to 2012.

How can a carrier sign a contract with a shipper who can’t commit to a minimum quantity commitment, or can commit only at a level far below last year, not having the faintest idea of how demand will develop over the course of the contract year?

How can shippers and carriers come to terms on fuel surcharges when fuel prices have collapsed and carriers have shown a reluctance to adjust existing surcharges downward?

Would shippers who have long had a built-in negotiating advantage over carriers because of persistent overcapacity feel cornered by carriers’ newfound ability to quickly withdraw supply via blank sailings?

Might shippers take a hard line and hold out for lower rates, believing carriers still wouldn’t be able to hold the line on capacity given the anticipated collapse in volumes over the summer and possibly into this fall?

What further misunderstandings and miscommunication could develop when parties accustomed to negotiating face to face are limited to Zoom meetings?

Those were among the many questions that remained largely unanswered in the days leading up to May 1, the traditional renewal date for many trans-Pacific container contracts. The reality was entirely different from what was expected just a few months ago, and it points to the potential for a different future that can enable this industry to move beyond its history of confrontation and toward relationships that are less transactional and more collaborative.

According to multiple sources from both sides of the contract negotiation table, this was the least confrontational negotiating season in memory, thanks in part to a lack of significant upward pressure on rates. But in a more general sense, contract negotiations that in so many years loomed large and played out on a canvas colored by tension and high-stakes brinkmanship this year faded into a sideshow to the economic collapse that so many are experiencing because of the ­COVID-19 pandemic.

“A lot of BCOs [beneficial cargo owners], in many ways, have bigger fish to fry,” said George Goldman, the US president of Zim Integrated Shipping Services. “There are other things that are taking a lot of attention right now, and rightfully so.”

“Most of the BCOs I have been talking to said it was pretty smooth. With what everybody is facing they wanted to get through it as fast as they can and move on,” said John Painter, president and CEO of Guangzhou Port America. “You used to hear, ‘The gloves are coming off,’ or ‘People are headed to Asia for the final round.’ There’s none of that at all this year. That is a big difference.”

The irony is that in a year that could have been marked by conflict, given the deep recession the United States is now in and the existential crisis many shippers are facing, negotiations instead frequently contained elements of collaboration and understanding that don’t always make an appearance as trans-Pacific pricing and terms of service are hammered out for the upcoming year.

According to a veteran senior carrier executive, carriers and customers this year are showing flexibility on minimum quantity commitments (MQCs), given the difficulties in forecasting volumes during the peak season and beyond. The intention is for the parties to provide honest assessments of volume or capacity and keep each other informed as the year unfolds. Neither side is interested in penalties.

Given the expectation that volumes will fall off a cliff this spring, the dynamic easily could have been one of shippers forcing rate reductions on carriers, but that didn’t happen either, in part due to carriers’ rapid withdrawal of capacity, but also because of the unique environment fostered by the pandemic.

“This could have been a legitimate opportunity to drive rates lower,” David Bennett, president of the Americas at Globe Express Services, told The Journal of Commerce. “BCOs don’t want to drive carriers out of business. They’re acting very responsibly.”

Of course, it helped that pricing was already relatively favorable for shippers. For most of 2019, for example, most shippers were expecting higher fuel costs associated with the IMO 2020 rule that took effect on Jan. 1, but with the recent collapse in oil prices, that is no longer a fear.

“There were no delays, and we were pleased with the outcome. We ended up signing with both NVOs [non-vessel operating common carriers] and carriers, and both were very receptive to negotiating,” said Richard Higgins, head of logistics at 1A Auto, an aftermarket auto parts importer. “I found it more efficient this year doing everything via basically email and phone call.”