SM Line CEO: No plan or path to merger with HMM

SM Line CEO: No plan or path to merger with HMM 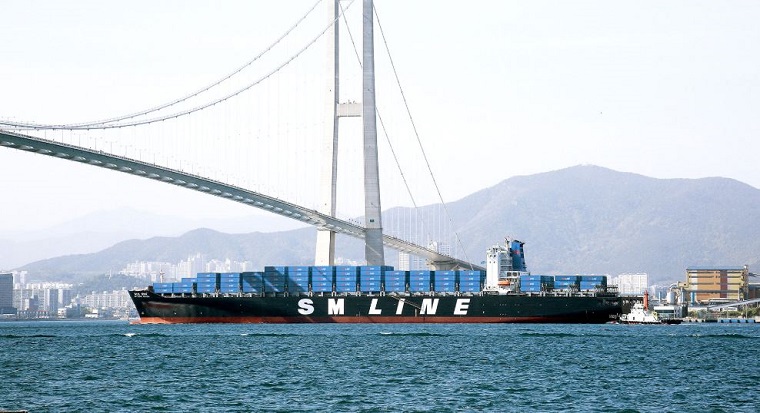 In an interview, CEO Kim said SM Line is enjoying a strong second half after a loss-making first half, but the carrier says ending the year with a profit is unlikely. Photo credit: SM Line.

SM Line CEO Kim Chil Bong said there are no plans to merge the carrier with fellow South Korean container line HMM, nor is there a clear path to create a larger national carrier, as discussed in government circles.

“There is no will or reason to merge the two companies. SM Line will continue to build its own business models, and we will do our part to survive in the market independently,” said Kim during a meeting at the company’s headquarters in Seoul.

In a Oct. 22 interview with Aju News, Kim Young-moo, vice chairman of the Korea Shipowners’ Association, urged HMM and SM Line to merge to become more competitive against the largest European liner operators. HMM has rejected the offer as it orders 20 mega-ships and fends off some shareholder frustration with its direction.

In an interview with JOC.com, Kim said SM Line is enjoying a strong second half after a loss-making first half, but the carrier says ending the year with a profit is unlikely. The trans-Pacific peak season has been marked the front-loading of Chinese imports to beat US tariffs and tight space that has pushed spot rates to the West Coast to a five-year high.

Current high load factors on the trade are expected to continue into December, and other carriers operating on the Asia-US routes, but not SM Line, have been deploying extra-loaders to meet the increased demand.

Key to trans-Pacific — US inventory depletion

“How the market will look after mid-January depends on how fast the US inventories are disposed of as well as the creation of fresh orders. We still expect the volume increase that traditionally comes before Chinese New Year,”  Kim told JOC.com.

The stronger finish to the year would not cancel out the weak first half, and SM Line is unlikely to earn a profit this year, Kim said. That’s despite a doubling in year-over-year revenue, to $665 million, following the launch of a second trans-Pacific service in May. Six 4,300-TEU ships are deployed on the new service from mainland China to Vancouver and Seattle via Busan, increasing the company’s weekly trans-Pacific capacity to 9,300 TEU, up from 6,000 TEU last year.

“We are competitive on the trans-Pacific because our network costs are low because we acquired  ships at a very low price.”

Kim said SM Line was in exploratory talks with other shipping lines with a view to potentially join one of the alliances.

“This would support our longer-term plans to increase frequencies and service coverage and boost volumes and revenues.”

In addition to the trans-Pacific, SM Line has 10 weekly intra-Asia services linking the Far East with Vietnam and Thailand, and South Korea with Japan and mainland China.

“Most intra-Asia carriers are having a hard time achieving their profit targets mainly due to a sharp increase in overall operational costs in 2018, and there is no positive signal for recovery for the remainder of the year.

“The trade is facing headwinds in 2019, in terms of over-capacity and rising costs, and we are rationalizing those intra-Asia services we operate that are constantly in the red and focusing on the better performing lanes.”

Kim said it was unlikely that SM Line would expand its fleet beyond the current 21 owned and seven chartered ships in the near term.

“We are very cautious about fleet expansion because of the current charter market turmoil related to the uncertain impact of the incoming International Maritime Organization regulation on the structure of the global fleet.”