Slideshow: Four ways shippers can protect from another Hanjin

Slideshow: Four ways shippers can protect from another Hanjin 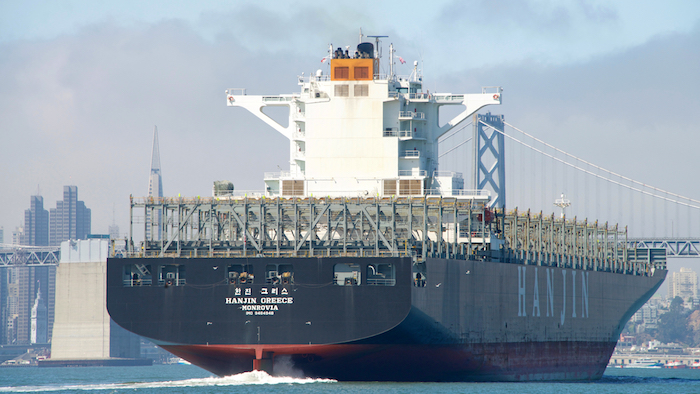 The Hanjin Greece left the Port of Oakland in mid-September with no visible cargo
after the company declared bankruptcy.

The Hanjin Shipping bankruptcy stoked every shipper’s biggest fear: uncontrollable risk. The collapse spurred ocean carriers and shippers alike to take a close look at the financial health of the carriers with which they work. The industry remains apprehensive another collapse could shatter global supply chains as industry analyst Dynamar said 12 of the top 25 carriers recorded a loss of $13 billion by the end of the third quarter.

Given the highly integrated and constantly shifting nature of the industry, it is extremely difficult and perhaps impossible for a shipper to fully insulate itself from the risk of another carrier. However, a few steps taken individually or in concert could help to reduce some of that risk. 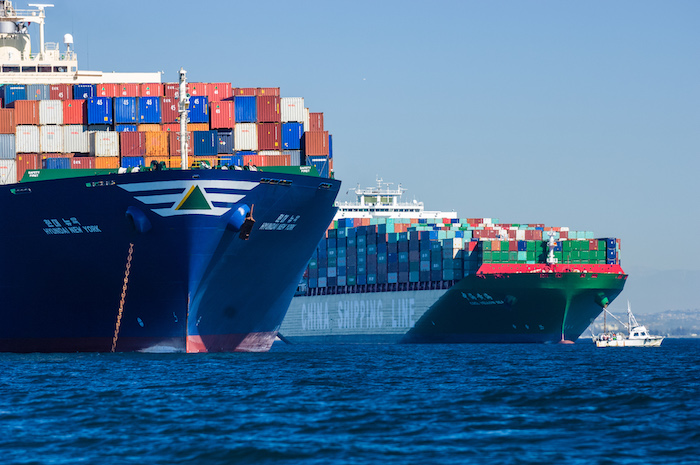 One way to avoid supply chain disaster from a carrier collapse is to diversify your carriers. This strategy is not without its limitations, however, because of the structure of the industry and its reliance on vessel- and slot-sharing agreements. It’s difficult for shippers to insulate themselves from a particular carrier because it is nearly impossible for shippers to know on which partner carrier’s ship their cargo has been placed. Even shippers that did not do business with Hanjin or its CKYHE Alliance partners found their cargo stranded or rerouted.

The industry’s recent consolidation only adds to the challenge of diversification, as it has left shippers with fewer choices when it comes to which lines they will use, but at least in the trans-Pacific and intra-Asia trades, upstarts are somewhat increasing shipper choices. New trans-Pacific entrants without alliance membership will give some shippers the option to avoid alliances altogether if they choose.

Understanding the fear shippers harbor of another Hanjin-like collapse, the THE Alliance and 2M Alliance have instituted failsafes in their VSAs to ensure that should a member fail, cargo is retrieved and delivered to its final destination as expeditiously as possible.

From April, the new alliances will be the Ocean Alliance (Orient Overseas Container Line, Cosco Shipping, Evergreen Line, and CMA CGM and its APL brand), the THE Alliance (NYK Line, MOL, “K” Line, Yang Ming Line, and Hapag-Lloyd), and the 2M Alliance of Maersk Line and Mediterranean Shipping Co., which has signed a strategic cooperation agreement with Hyundai Merchant Marine. 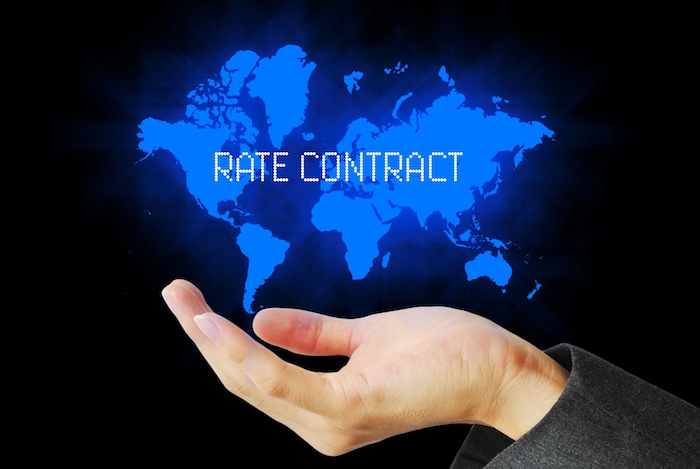 With trans-Pacific contracting season in swing, shippers have an opportunity to bake risk prevention into their contracts. They can do this by asking to see critical financial data from carriers, such as their debt levels and when debt comes due. Shippers can also demand that the container line with which they contract carry the majority of its cargo or use contracting language to reserve the right to change minimum quantity commitments in the event of a change in VSA membership, said Chas Deller, a partner in 10XOceanSolutions, which advises shippers in their carrier relationships.

However, it is nearly impossible to be certain that cargo does not end up with a certain line because of the nature of VSAs. If you are plugged into the market and hear talk suggesting serious financial troubles and even failure, you can begin to move cargo away from the affected carrier and alliance, advised Gary Ferrulli, president of North America at Unicorn Logistics, who writes a monthly commentary for The Journal of Commerce. 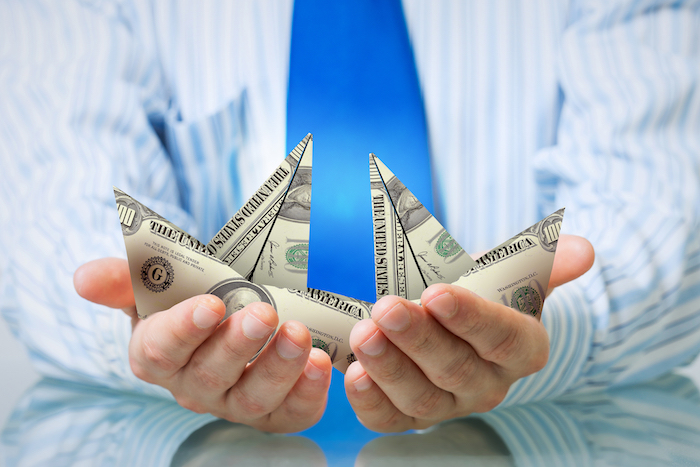 If you are extremely worried about the financial state of your ocean carrier, you can take out extra insurance, which, of course, will raise costs. For low-value cargo, it may not be worth it, but in some cases such insurance might be a good investment.

Many insurance policies offer bare bones coverage for cargo if it’s rerouted to another port because of financial insolvency of a carrier. Perhaps the line was unable to deliver cargo to the original destination because port service providers or authorities refused to handle cargo from the vessel, according to IHS Market insurance subject matter expert Jon Guy, editor in chief of specialist global insurance and risk trade titles: MAT Risk Insight, World Risk Insight, Reinsurance Magazine, and Marine & Energy Risk.

Those most at risk from such delays, and those that will have to pay the highest rates to mitigate those risks, are shippers of perishables cargoes. These shippers do not have coverage for delays in their regular contracts and they must be very specific in the language they use in their insurance contracts to ensure they have adequate coverage in the case of a carrier collapse, Guy said. 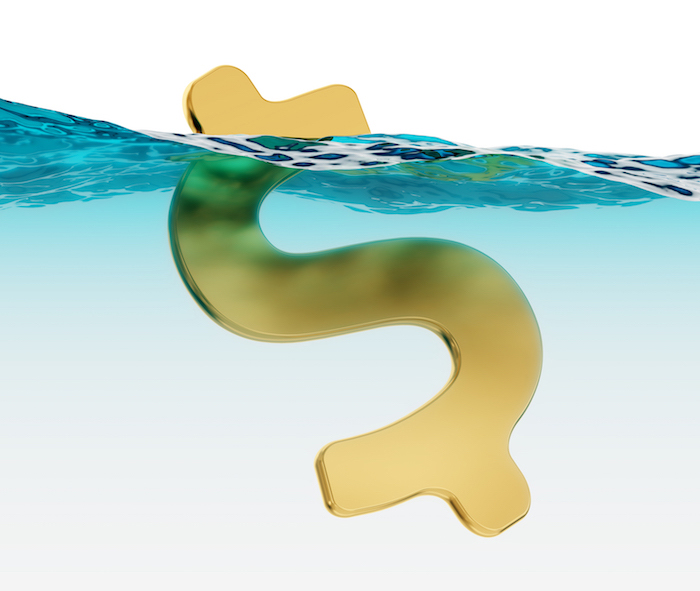 As with diversifying carriers, this strategy also has its limitations. For example, some of the top global container lines do not provide public updates of their financial performance and debt levels.

However, staying abreast of the debt levels of carriers that do report their financials can help shippers protect themselves. Non-vessel-operating common carriers seemed to have done as much with Hanjin, with a good deal of NVOs refusing to book with the line as its financial situation became more precarious.

It is also important, albeit very difficult, to remain tapped into the market to determine if a carrier is missing payments to suppliers and service providers, renegotiating contracts with business partners, or charging higher rates for the same level of service, each of which suggest financial struggles. Hanjin’s plight, for example, was well-known in the bunker industry long before the carrier was placed into receivership, according to Jason Silber, global head of Platts Ocean Intelligence, a provider of credit risk assessments.

While many container lines have financial support from their national governments, shippers should not count on that support as a backstop against financial failure. Indeed, many believed that because of Hanjin’s stature as the largest South Korean container line, the government would bail out the carrier, as it had with Hyundai Merchant Marine just weeks earlier. The Hanjin bankruptcy “shatters the complacency that major carriers are immune to failure and can stomach prolonged years of low rates and financial losses,” industry analyst Drewry wrote on Sept. 4.

For this reason, and the financial weakness of container lines generally in recent years, some argue that tracking financials is risk mitigation on paper, not in practice.

What am I missing. There are

Permalink Submitted by ferrullig@minds... on Feb 7, 2017 5:43PM EST
What am I missing. There are no suggestions on how to avoid another Hanjin. Looks like a lot of the article missing.

Permalink Submitted by barbara.wyker@i... (not verified) on Feb 8, 2017 9:11AM EST
Click on the number pages (slides) below. You should see the rest of the slideshow.

Sorry, that was too easy:)