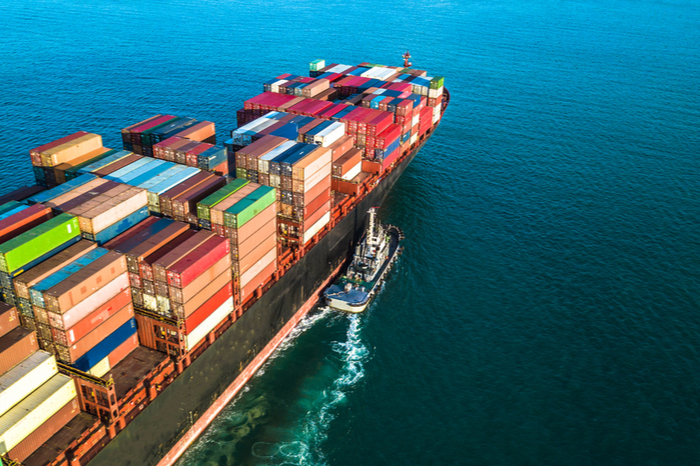 An unexpected surge in Asian exports to the United States in late May, causing cargo rolling at Asian ports and a spike in spot rates, warns of future pockets of tight capacity as shippers cautiously increase volumes and carriers plan blank sailings into August.

Tensions are rising between non-vessel operating common carriers (NVOs) and shipping lines as NVOs charge that carriers are intentionally restricting capacity and overbooking vessels in the eastbound trans-Pacific in order to push freight rates higher. For their part, carriers blame the tight capacity on their customers’ inability to accurately forecast demand during the COVID-19 crisis.

Regardless of the cause, the tensions speak to larger trends in the container shipping industry, namely carriers’ successful management of capacity to meet future volumes and general uncertainty among importers of just how much restocking is needed as the North American economy recovers from the pandemic. These conditions are expected to continue in the coming months.

Carrier executives this week told JOC.com that the tight outbound capacity at Chinese ports resulted from an unexpected late-May spike in US imports. Volumes are increasing as retailers begin to replenish inventories of merchandise that have been moving out of warehouses to store shelves as the US economy begins to reopen.

“Everyone missed the volume surge,” in their projections, a liner executive that asked not to be identified said Wednesday. “We rely on our customer forecasts,” he said.

As a result, spot rates from China to the US West Coast are unusually elevated right now, especially given the impact of the COVID-19 crisis on US imports from Asia. Volumes plunged 18.5 percent year over year in May, according to PIERS, a sister product of The Journal of Commerce within IHS Markit. Asia imports in the first five months of this year are down 9.2 percent from the same period in 2019.

The Shanghai-US East Coast rate was $2,738 per FEU, basically flat from last week, and 9.4 percent higher than the rate of $2,502 per FEU on June 7, 2019. The spread between the East and West Coast rates is only $606 per FEU. Normally, the spread is about $1,000 higher to the East Coast. This indicates that the import surge has been greatest to the West Coast.

NVOs, however, charged that the spike in the West Coast spot rate is due mostly to carriers restricting capacity from South China to the ports of Los Angeles and Long Beach through blank sailings. Carriers this past month have blanked 36 sailings in the trans-Pacific, according to Sea-Intelligence Maritime Consulting. At the same time, import volumes have increased the past two weeks as some regions of the country reopened businesses that were closed during COVID-19 lockdowns.

“The country is opening faster than expected,” Jon Monroe, a transportation consultant who represents NVOs in Asia and the US, said in a newsletter to clients on Thursday. Carriers are managing space so tightly through blank sailings that there is a two-week backlog in South China ports for shipments destined to Los Angeles-Long Beach, he said.

For weeks 23-24 (beginning June 1 and June 8), vessel capacity in the Pacific Southwest services from South China to California is “extremely tight,” Monroe said. “All steamship lines are overbooked now.” Monroe described space on services to the Pacific Northwest and all-water strings from China to the East Coast as “tight.”

David Bennett, president of the Americas at Globe Express Services, said in a newsletter to clients on Monday that the capacity tightness is causing “massive rolls” in Asia as well as other transiting countries.

“The market is getting more volatile by the day as the surge of bookings continues to increase. This has severely impacted everyone’s capacity and allocations over the last two weeks,” Bennett wrote.

What’s more, Bennett said, “Carriers are taking full advantage of the situation and charging a premium for guaranteed loading or expedited services.”

Carriers said vessels leaving some Chinese ports the past two weeks were booked at 110 percent of capacity. NVOs were reportedly told by some carriers that due to vessel overbooking their shipments would be rolled to subsequent voyages unless they paid as much as $500 to $700 more per FEU more than the listed rate.

In conversations with JOC.com, carrier sources bristled at those statements from NVOs and said their decisions to cancel sailings at Asian ports, which were announced three to five weeks in advance in order to give customers time to adjust their supply chains, are based on feedback they receive from their customers.

“We have zero visibility into the supply chain on the customer side,” one carrier executive said.

A second carrier executive that asked not to be identified told JOC.com this week carriers in March and April made good-faith supply-demand forecasts in a volatile market that has been roiled by COVID-19. “There was no premeditated plan to prop up rates,” the executive said.

Jeremy Nixon, CEO of Ocean Network Express, told JOC Uncharted Wednesday that ONE is attempting to go beyond demand forecasts from customers in an effort to refine its capacity plans even further.

“If we only use forecast information four to five weeks out, we’d have some bumps in the road. But we’re using some simulation work and we’re trying to adjust some of these forecasts to make them more accurate,” Nixon said.

When US containerized imports from Asia plunged in March and April, carriers were planning their sailing schedules a month or so forward, the carrier executives said. Because they were given no insight into retailers’ plans for replenishing their inventories in May, they determined that in order to control costs, they would have to cancel sailings.

Anticipating a slow start to the peak-shipping season that runs from August through October, trans-Pacific carriers since April have canceled more than 120 sailings into July, according to Sea-Intelligence. Retailers likewise are expecting a slow summer shipping season.

The latest Global Port Tracker report, which is published monthly by the National Retail Federation and Hackett Associates, projected double-digit year-over-year declines in total US imports in each month from June through September and a 7.6 percent dip in October.

Back-to-school merchandise traditionally represents the second busiest period of the year for imports from Asia, but this year, many school districts across the US have yet to determine whether students will return to the classrooms in the fall or study virtually from home. This uncertainty is impacting back-to-school imports, which normally enter the country in May and June in order to be on store shelves immediately after July 4. Carriers say this has added yet another layer of uncertainty to the supply chain.

“The market is crazy. How are you going to manage freight in this market?” the first carrier executive said.