Rally of US agricultural exports to China on shaky ground

Rally of US agricultural exports to China on shaky ground 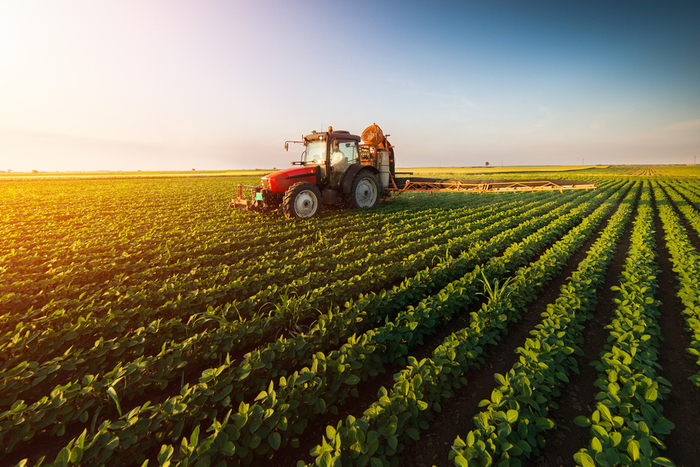 The combination of a strengthening dollar and the possible collapse of economies overseas due to COVID-19 could reduce demand for US exports. Photo credit: Shutterstock.com

US agricultural exports to China are recovering, with containerized volumes up 96 percent in the last five months year over year as the first phase of the trade deal between the two countries helped exporters weather a broader decline in ag shipments to Asia.

Whether the rally in ag exports to China holds up hinges largely on whether demand in China, and the rest of Asia, is severely impacted by the global economic recession economists say will develop with the spread of the coronavirus disease (COVID-19).

Paul Bingham, director of transportation consulting in the Economics and Country Risk unit of IHS Markit, cautioned that even if the China market grows in the coming months due to the phase one United States-China trade deal that was signed in January, declining demand in the rest of Asia due to the coronavirus could limit overall US ag exports this year.

“The combination of the strengthening dollar and the collapse of economies overseas could lead to demand destruction,” Bingham said.

Equipment shortages in US interior are easing

A second concern in the ag community — shortages of empty dry and refrigerated containers in the US interior that are needed for the reloading of grains and meat exports — appears to have eased in recent weeks.

“Equipment shortages inland are not as bad as they were,” Bruce Abbe, strategic adviser to the Specialty Soya and Grains Alliance, told JOC.com. “It’s been a roller coaster. Sometimes it’s okay, sometimes it’s not.

US containerized agricultural exports to all of Asia increased 13 percent in January from January 2019. The surge created some optimism that 2020 might turn out to be a better year than the five-year compound annual growth rate (CAGR) of 3.9 percent. That was before the global spread of the coronavirus was fully understood.

Exports vary based on product

Despite what is happening globally, however, calendar year 2019 agricultural exports reported by PIERS show that ag exports must be viewed on a product-by-product basis, given the complex forces that affect overseas demand.

Conversely, US soybean exports to China have declined steadily the past two years due largely to the US-China trade war. Soybean exports plunged 81.9 percent in 2019 from 2018 after declining 53 percent in 2018 from 2017. Brazil, which has increased production steadily in recent years, is now the world’s largest grower of soybeans, and Brazil stepped in to fill the void left by the US.

Mike Steenhoek, executive director of the Soybean Transportation Coalition, said that in addition to China’s tariffs on US soybeans during the trade war, and Brazil’s increasing production capabilities, the strengthening of the dollar vs. the Brazilian real has made US soybeans much more expensive. The exchange rate today is about 5 real per dollar, compared with less than 2 real in 2013.

“We can’t force China to purchase more US soybeans if they cost twice as much as Brazilian soybeans,” Steenhoek said. The phase one US-China trade agreement signed in January resulted in China granting some limited tariff exemptions to US soybeans. “For what little has been shipping, this helped,” he said.

The majority of US soybean exports to China move in bulk vessels, so the limited boost provided by the phase one trade agreement will not contribute much to containerized exports. On the other hand, soybean exports to Taiwan, Japan, and other Asian countries move in smaller amounts per shipment, which lends itself to containerization, Steenhoek said.

US soybean exporters have successfully expanded their market shares in other Asian countries, and last year soybean exports to Asia, excluding China, increased 17.9 percent, double the 5-year CAGR of 8.5 percent, according to PIERS.

Generally, US exports of protein products such as beef, pork, and poultry to Asian markets are expected to remain strong despite the impact of COVID-19 on the global economy. “Overall demand has been fairly resistant throughout this situation,” Joe Schuele, spokesperson for the US Meat Export Federation, told JOC.com.

Some sectors of the Asian economies, especially the restaurant, hotel, and hospitality industries, are being hit hard by travel restrictions and social distancing requirements in Asia, and this will affect costlier grades of meats. “This is a very challenging situation for some food sectors,” Schuele said.

However, a bird flu epidemic in China has severely impacted the chicken industry, and US exports of containerized poultry to China increased 7 percent in 2019 from 2018 after increasing 39.5 percent in 2018 vs 2017, according to PIERS.

When operations at the Port of Shanghai were compromised in January and February due to restrictions under the COVID-19 epidemic, China’s largest port ran out of plugs to store refrigerated containers. Shipments were diverted to other ports in China, but the overall result was a shortage of refrigerated containers in the trans-Pacific trades. Schuele said the reefer situation has improved and current volumes of refrigerated products are being accommodated in the US-Asia trades. However, with the surge in US pork exports to China, there is some concern that shortages of reefer containers could emerge, he said.

Similarly, the more than 100 blank sailings that have occurred in the trans-Pacific since early February have affected vessel capacity for both US exports of both dry and refrigerated products, although the vast majority of canceled sailings will have occurred by early February.

Although US agricultural exports to Asia have been generally increasing in recent years, and  were up year over year in January, Bingham urged caution in projecting export volumes deep into 2020. Asian nations must individually work themselves out of the COVID-19 epidemic, and an emerging global economic recession could further limit consumer demand in Asia.

“How deep will the recession be in the second quarter?” Bingham said, adding it is possible that, “the worst is yet to come for exports.”