Plummeting US paper scrap exports to China set to freefall

Plummeting US paper scrap exports to China set to freefall 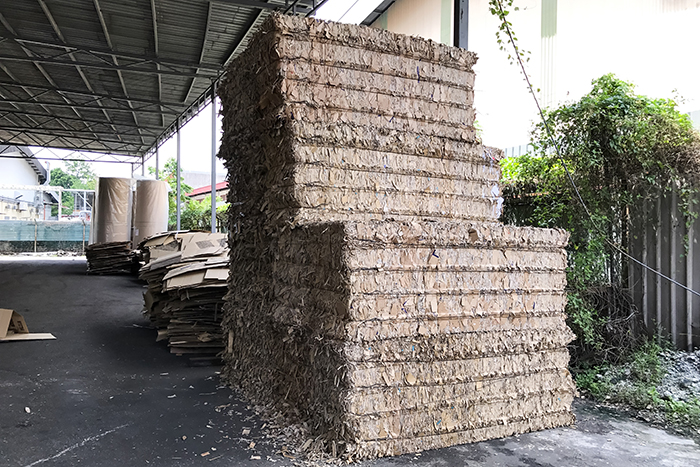 US wastepaper exports must find other markets as China works to improve its environment. Photo credit: Shutterstock

Falling US scrap paper exports to China are set to plummet further in the coming months following the 30 percent decline in September as more importers slash orders because of fears they cannot guarantee shipments will meet new government standards on adulterated products.

Although wastepaper exporters are seeking to develop new markets in Southeast Asia and India, the initial impact on shipping lines in the westbound Pacific could be devastating because it takes months, if not years, for industries to relocate to other countries, but the drop in scrap paper exports to China is occurring now and in fact is accelerating.

US scrap paper exports to China plunged 30 percent in September following a July announcement by the government that in its continued crackdown on importation of adulterated products of any kind, the government will come down especially hard on wastepaper beginning next month.

Furthermore, in yet another indication that exports to the largest global consumer of wastepaper are in serious trouble, China notified the World Trade Organization (WTO) last week that effective next year it plans to reject shipments containing more than 0.5 percent contaminants, a level that the industry considers so low as to be unattainable.

Scrap paper is an important generator of cargo for carriers and ports, accounting for about 6.2 percent of US containerized exports, according PIERS, a sister product of JOC.com. Although mixed paper accounts for only 15 percent of total scrap paper exports, the refusal of Chinese importers to risk fines or loss of operating licenses has already had a noticeable impact on exports.

Right after China announced the ban in July, five months before it was to take effect, the decline in US exports began and it has accelerated since then. Wastepaper exports to China declined 8.7 percent in July, 17.2 percent in August, and 30.4 percent in September, according to PIERS. Year-to-date through September, shipments to China totaled 566,413 TEU, down from 648,617 TEU in 2016.

Some US exporters are already getting cold feet about shipping scrap paper to China, but the bigger impact is that Chinese importers are pulling back strongly, said Adina Renee Adler, senior director of international relations at the Institute of Scrap Recycling Industries. China surveyed 1,792 companies that touch scrap imports in some way, including direct users, processors, and traders, and the results showed that 60 percent were non-compliant. Those companies could face some form of penalty, which can include the loss of import license and even operating license, Adler said. “Fewer importers mean fewer imports,” she said.

The situation could get worse before it gets better. In its notification to the WTO, China stated that effective March 1, 2018, scrap shipments containing more than 0.5 percent contaminants will be banned. Adler said that 0.5 percent is not only unattainable, “It’s not even measurable.”

For example, a typical shipment obtained through the recycling process can include scraps of broken bottles and plastic wrap. Generally accepted standards in most countries range up to 5 percent contaminants, she said.

Since China is by far the largest market for US scrap paper exports, accounting for 81 percent of total wastepaper exports to the world, China’s actions are ravaging the export market. Wastepaper exports to all countries declined 20.1 percent in September and 13.8 percent year-to-date compared with 2016, according to PIERS.

Exporters are already seeking to expand their presence in other markets, including Southeast Asia and India. Some of the increase in exports to those countries is due to growing manufacturing by domestic companies in those countries that use paper as inputs or packaging, but some is also generated by Chinese companies moving production there, Adler said.

US scrap exporters of many varieties have been looking for new markets since China in 2013 announced its environmental initiative known as "Green Fence" to reduce importation of adulterated products. These initiatives also send a message to exporters in other countries that the government wants Chinese industries to source recyclables domestically whenever possible.

At least 17 US ports handle wastepaper exports to China, and the ban poses the greatest risk on the two largest port complexes. Los Angeles-Long Beach through September handled 219,187 TEU, down 19 percent from 2016. New York-New Jersey handled 106,471 TEU, down 0.6 percent. The third largest gateway, Oakland, which handled 81,889 TEU, was down 14.7 percent, and number four Northwest Seaport Alliance of Seattle-Tacoma handled 35,480 TEU, down 5.1 percent, according to PIERS.

Wastepaper is a low-paying commodity, but carriers view it as better than shipping empty containers back to China, especially since the containers would have to be repositioned in China anyway. China is the largest exporter of merchandise goods to the United States.