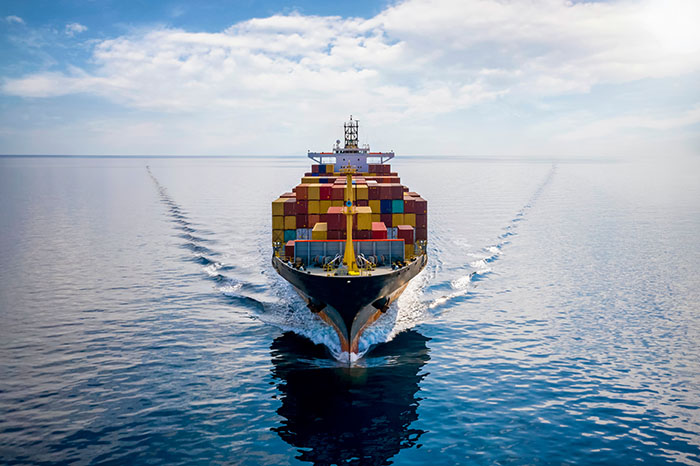 Global container volumes are forecast to rise 5.8 percent in 2021, but capacity will only grow 2 to 3 percent. Photo credit: Shutterstock.com.

After notching the strongest profits in years thanks to strict capacity discipline, the biggest question facing the container shipping industry in 2021 is less whether it will be able to keep spot rates elevated and more whether that strength will bleed into contract rates.

There are already signs of contract rates ticking up, with the China Containerized Freight Index (CCFI), which tracks spot and contract rates, rising 10 percent week to week in late November. Since September, elevated spot rates are spilling into contract rates, according to a review of the CCFI by Sea-Intelligence Maritime Analysis.

“For 2021, this indicates a development wherein overall contract levels are indeed likely to be at significantly higher levels than experienced in recent years, and therefore that the pandemic impact from 2020 will create strong ripple effects in 2021, irrespective of whether the pandemic gets under control,” Sea-Intelligence said in its analysis.

US importers heading into trans-Pacific service negotiations say they’re focused on securing capacity and ensuring service reliability, rather than fighting rate increases. Carriers, meanwhile, are reluctant to expand minimum quantity commitments without significantly higher rates, after an extended peak season kept eastbound spot rates from Shanghai to the US West Coast above $3,000 per FEU from July and into December, according to the Shanghai Containerized Freight Index (SCFI).

Rates “are going to be much higher compared to last year, and this is the trend as of now,” Eli Glickman, president and CEO of Zim Integrated Shipping Services, told JOC.com in November. “Now, the rates aren’t the issue; the space is the issue. Customers are willing to pay anything to get space.”

But higher spot rates don’t guarantee higher contract rates. The cost to ship a single TEU from Asia to Europe hit a 10-year high of $2,091 in late November, according to the SCFI. But Hapag-Lloyd CEO Rolf Habben Jansen argues that soaring Asia–Europe spot rates are not a true reflection of the overall market, as more than half the containers on the trade are carried under long-term contracts at far lower prices.

Still, the higher spot rates did plenty for carriers’ earnings last year. Maritime analyst Drewry in October upgraded its operating profit expectation for container shipping in 2020 by 16 percent to $11 billion — a level not seen in a decade — following “meteoric third-quarter rate increases.” The 11 container lines that report earnings publicly all recorded positive earnings before interest and taxes (EBIT) in the third quarter, with nine of them reporting year-over-year increases in revenue, according to Sea-Intelligence.

Encouragingly for carriers, the outlook for container volume growth in 2021 is stronger than planned capacity expansion. GTA Forecasting, a sister product of JOC.com within IHS Markit, expects global container volumes to rise 5.8 percent this year compared with 2020. Container capacity, however, will only expand 2 to 3 percent.

Container lines have been reducing their new ship orders in terms of total capacity for years, freeing the lines from the overcapacity that led to price-cutting. The orderbook as a percentage of the global fleet stood at just 8 percent at the end of third quarter 2020, down from 61 percent in 2007, according to a Nov. 13 Hapag-Lloyd earnings presentation.

However, the shrinking orderbook, record spot rates on the trans-Pacific and Asia–Europe trades, and strong overall profits have coincided with a massive plunge in on-time vessel performance, frustrating shippers and forwarders alike. Globally, ocean carrier reliability reached a record low of 52.4 percent in October, according to Sea-Intelligence. That was down 3.6 percentage points from September and 26.7 percentage points from October 2019. The average vessel delay across all trades reached 4.86 days in October, up from 4.11 days in the same month the previous year.

Carriers point to unexpected swings in Asia import demand from Western economies, port congestion, and volatile storms on the Pacific and Atlantic as challenging their sailing transits. At the same time, carriers have launched premium trans-Pacific services, offering guaranteed loading, expedited transits, express unloading, and dedicated drayage service. That reflects a step away from the commoditization of container shipping and toward higher levels of service, but this has been undermined by carriers have struggling to deliver on their premium commitments.

As shipper frustration has mounted, regulators have upped their warnings to — and monitoring of — container carriers. Citing market fluctuations, the US Federal Maritime Commission (FMC) in late November told the three major shipping alliances that they need to provide carrier-specific trade data on a monthly, rather than quarterly, basis.

Separately, the agency is probing carriers’ role in congestion at the ports of Los Angeles, Long Beach, and New York and New Jersey. In its supplemental order, the FMC cited the refusal of some container lines to carry US export cargoes as contributing to congestion at the two largest US container gateways, along with demurrage and detention practices and empty container returns at marine terminals.

“This abandonment of a significant US export industry, the American agricultural industry, is shutting them out of global markets. We are looking into all potential — I repeat — all potential responsive actions” to carriers’ refusal to receive export shipments, FMC chairman Khouri said in a Dec. 8 speech at the Global Maritime Conference Online. The agency is looking into whether the refusal of some container lines to reposition containers in the US interior during 2020 equipment shortages violated the Shipping Act of 1984.

Regulators in Asia have been even more aggressive. South Korean authorities on Nov. 12 warned carriers not to prioritize higher-paying Chinese exports, and Chinese regulators on Sept. 11 strongly suggested that carriers inject more capacity and refrain from aggressively raising rates.

Container lines can expect increased regulatory scrutiny and even fiercer actions from regulators if the trajectory of carrier profitability and services widens further in 2021.

How to Improve OTIF: 15 Tips for On Time and In Full Delivery
END_OF_DOCUMENT_TOKEN_TO_BE_REPLACED