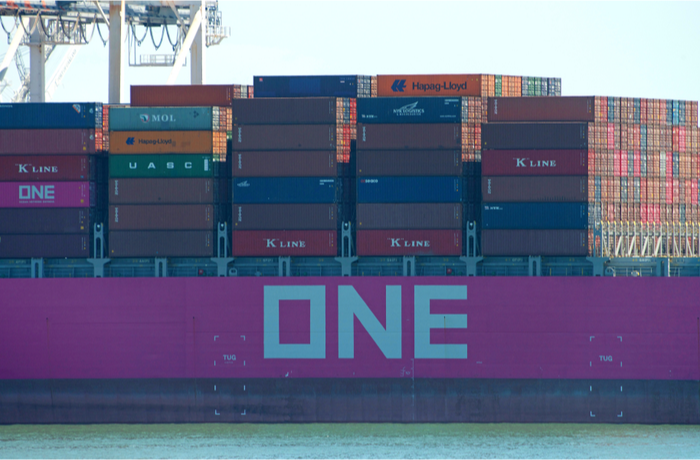 With volumes down 20 percent in the April-June period, the carrier blanked capacity to boost ship utilization. Photo credit: Shutterstock.com.

Ocean Network Express (ONE) Monday reported a $167 million profit in its first fiscal quarter, saying pandemic-hit volumes are rebounding from the 20 percent drop it saw in the April through June period. The company, in a statement, said volumes since July 1 are down 10 percent year on year.

ONE’s revenue in the quarter shrank 4.8 percent year over year to $2.7 billion as the carrier paid 20 percent less for bunker fuel in the same period. The Singapore-based company said variable costs unit pricing, a reflection of pricing power, was nearly level compared with last year.

ONE’s profit in the face of lower demand underscores analyst expectations that the container shipping industry could end the year with a $9 billion profit if they maintain capacity control, as they have via blank sailings. The shipping industry risks losing $7 billion this year if it isn’t able to adjust capacity to lower demand, according to Lars Jensen of Sea-Intelligence Maritime Consulting.

The industry in the first three months of the year was generally as profitable as it was during the first quarter of 2019, notching an operating profit of approximately $1.4 billion and a margin of 3.2 percent, when accounting for earnings before interest, taxes, depreciation, and amortization (EBITDA), according to Drewry.

Global Shipping Outlook: A Sneak Peek at 2021
Port Performance North America: Managing Cargo Flow During a Pandemic — and Beyond
END_OF_DOCUMENT_TOKEN_TO_BE_REPLACED