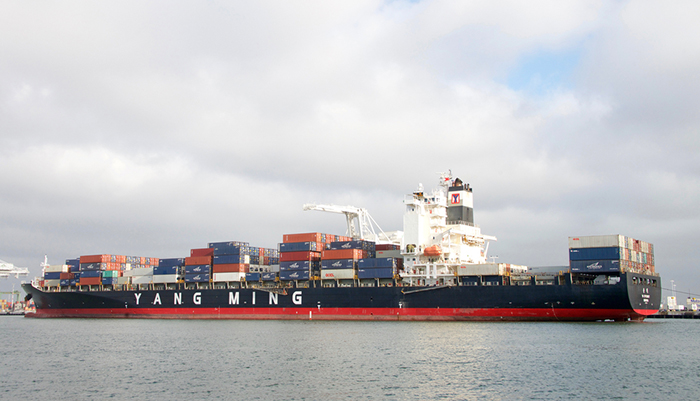 Yang Ming Line and Evergreen Line were the subjects of rumors of a possible merger earlier in the month.

Correction: An earlier version of this article, citing information from the Taipei Times, misstated the level of financial support from the government. The story also incorrectly identified Bronson Hsieh as the chairman of Evergreen Line. He is the chairman of Yang Ming.

The government announced Tuesday that it would also take additional steps to support the shipping industry, including reducing berthing fees while the country’s Bankers Association will grant the shipping lines debt payment extensions. In announcing the decision, Deputy Minister of Transportation and Communications Wang Kwo-tsai explicitly cited the failure of Hanjin Shipping and its knock-on effects for South Korean industry and citizens, according to the Taipei Times.The decision was made following consultations between the shipping industry and the Ministry of Finance, the Financial Supervisory Commission, the Ministry of Economic Affairs, the National Development Council and the Bankers Association of the Republic of China.

Like others, Wang said the container shipping industry should begin to recover within two years. In the meantime, losses are likely to continue piling up.

Revenue at Evergreen in the first nine months of the year fell 15 percent year-over-year to $2.8 billion, as profit plummeted 81 percent to a loss of $173 million. In the third quarter, Evergreen reported consolidated revenue of $1 billion, down 3 percent on the same three months of 2015 but a 7 percent improvement on the second quarter. Evergreen recorded a loss of $50 million, although it was a significant improvement on the $80 million loss in the same period last year.

Yang Ming Line’s revenue in the first three quarters fell 17 percent year-over-year to $2.6 billion, as the company booked a loss of $407 million. Third-quarter revenue at the company fell 13 percent to $908 million and the company recorded a quarterly loss of $142 million.

The collapse of Hanjin has spurred rumors on how the industry will continue to evolve, and one such rumor was that Evergreen and Yang Ming would merge. Yang Ming Chairman Bronson Hsieh shut down such talk earlier this month, citing the company being partially owned by the government.

The government’s cash injection confirms Hsieh’s assertion that such a merger will not take place.

The amount of this aid

Permalink Submitted by Dustin Braden on Nov 16, 2016 5:28PM EST
Chengdong, Thank you for pointing this out. We were going off the Taipei Times report but have found other sources that back you up. Best, Dustin

Regardless of the amount,