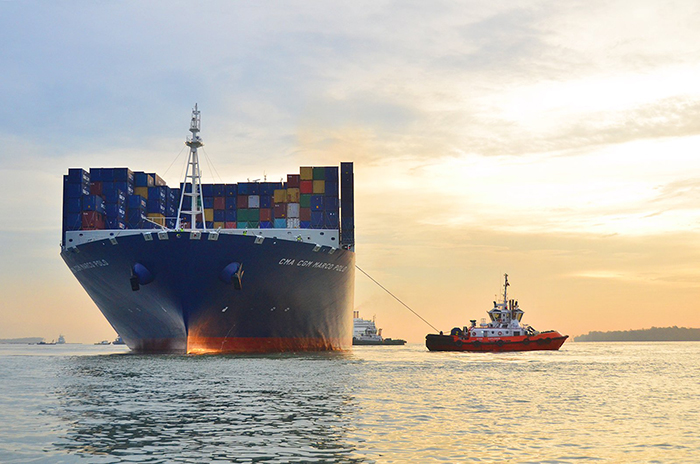 The Ocean Alliance will get a new 45-day review period from the U.S. Federal Maritime Commission after it submits responses to FMC queries.

WASHINGTON — U.S. maritime regulators’ decision to pause their review of the Ocean Alliance to pose questions to members may be about more than just concerns with collective contracting of third-parties and could be because of a lack of details on services and how the major vessel-sharing agreement would be coordinated.

“I pay special attention to competition matters especially to small businesses, downstream participants and the upstream — supplier and vendor markets,” Doyle said in a statement.

However, the commissioners’ decision to stop the clock on the review of the alliance might also be due to a lack of details on services to be deployed, the amount of capacity operated and how it will be coordinated from its planned Hong Kong office. Compared with other alliances, such as the CKYHE or G6, that got the go-ahead from the FMC, the Ocean Alliance’s July 15 filing lacks such specifics.

"The request of the FMC for additional information when reviewing agreements of this nature is usual and expected. CMA CGM will cooperate fully with the FMC’s inquiry," the French container line said in a statement.

More than a dozen U.S. importers have told JOC.com that they are concerned about how the new phase of alliances will roll out in the spring, and they want details on strings to be deployed by the Ocean and THE alliances.

There are reasons, however, why service and deployment information is not yet available. Unlike adjustments to existing alliances, where the members are familiar with each partner and their needs, the Ocean and THE alliances are in many cases bringing together lines that have never before worked with each other. That makes vastly more complicated and time consuming the inevitable process of horse trading on schedules, port calls, terminal selection and other details, many of which cannot be decided by committee and must be elevated to the C-suite for resolution. All of that is time consuming.

There is still plenty of time for Ocean Alliance members' to satisfy members requests after Federal Maritime Chairman Mario Cordero and commissioners Doyle, Michael Khouri and Daniel Maffei this week voted to stop the clock on the review. Commissioner Rebecca Dye voted to withhold her vote until she received a completed competition analysis.

Once the FMC receives responses from the carriers, its 45-day review will restart. Using the Shipping Act of 1984, commissioners are determining whether the VSA would likely cause an unreasonable decrease in service or unreasonable increase in cost. Vessel-sharing agreements prohibit joint sales and marketing, allowing  members only to cooperate on operations in order to pool their larger ships together so economies of scale can be achieved via fuller loadings. The FMC has yet to reject a VSA.

The outlook for the alliance receiving approval from European and Chinese regulators also looks good. Only one major VSA has been rejected by regulators: when Beijing nixed a tie-up of the top three global container lines by capacity known as the P3 Network, which the U.S. and European Union had approved.