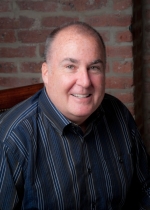 Third-party logistics providers that don’t operate container ships, but buy space on them to resell to shippers, don’t think the outlook for carrier rate increases this year is very strong.

Non-vessel-operating common carriers, as they are called, don’t depend on rate increases to make a profit, because they mark the rates up to their customers, but they worry that low rates will force carriers to cut back on the level of ocean services they resell.

“When you drop your rates across the board, no one wins,” said Michael Cadden Troy, CEO and founder of Troy Container Line, a U.S.-based NVOCC that wholesales vessel space to 3PLs and other NVOCCs.

“With the rates going down to where they are now or where they were two or three years ago, it takes out the possibility of carriers offering services that we need as NVOs and quite honestly the consumer needs,” Troy said.

The problems for carriers, of course, is that demand is flat, especially on the major east-west trades, and a record amount of new vessel capacity is slated for delivery this year, which will increase the size of the container fleet by 9 percent, according to Alphaliner. 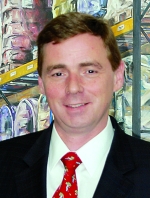 “Total volumes on the trans-Pacific and trans-Atlantic with the U.S. will probably remain somewhat flat this year,” said Frank Guenzerodt, president and CEO of Dachser USA, a unit of Germany-based Dachser, one of the largest European NVOCCs.

As a result he thinks it will be hard for carriers to sustain their proposed general rate increases. “Rates on the trades with the U.S. are going to continue to be volatile especially on the trans-Pacific,” he said. “If you go back 10-15 years, you had one negotiation and the rate was set. Now we have a monthly GRI, of which some stick and some don’t. It’s a very fluid situation with renegotiation of rates almost on a weekly basis. So I think it’s going to continue that way through 2013 as carriers try to make their losses back.”

But he thinks new ship deliveries are likely to undermine GRIs. “There will be a downward pressure on rate levels again. I don’t think we’ll see the $800 per TEU rate to the West Coast again, but at the moment they are attempting levels that are not sustainable.”

Unless carriers can manage the new capacity coming to market by slow steaming and idling or scrapping of vessels, they won’t be able to sustain rates, because all it takes is one carrier to set off a ripple of rate cuts, Troy said.

“Unfortunately with the capacity coming on stream, there’s not a lot of patience in our industry. Carriers look at volume where the costing is not always looked at as deeply as it should be. Some carriers want to be larger so they are looking at more volume,” he said.

“I don’t think it helps the carrier industry. If you have an asset like many of the carriers that have invested millions and millions, if not billions, in their assets, then you need to see if there is the possibility to maintain rates,” he said. “Having those assets afloat every day, you need a return.”

Global Shipping Outlook: A Sneak Peek at 2021
Port Performance North America: Managing Cargo Flow During a Pandemic — and Beyond
END_OF_DOCUMENT_TOKEN_TO_BE_REPLACED