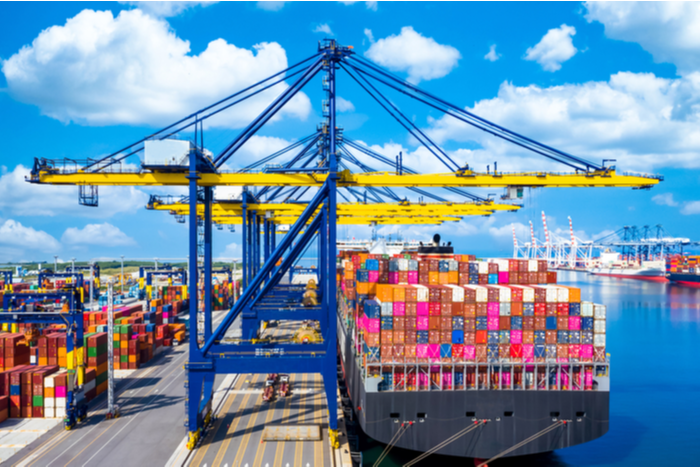 Unlike recent extra-loader vessels deployed in the trans-Pacific, MSC’s Santana service will be a regular weekly service. Photo credit: Shutterstock.com.

With the US import surge from Asia that began two months ago showing no signs of letting up, Mediterranean Shipping Co. has unveiled a new trans-Pacific service linking Yantian and Shanghai with Long Beach.

The addition of capacity to the eastbound trans-Pacific stands in stark contrast to the massive amount of supply removed from the trade during the COVID-19 pandemic. Carriers blanked 143 sailings between Asia and the United States from March through August as regional lockdowns put the brakes on US consumer spending.

While carriers in recent weeks have deployed single-voyage “extra-loader” vessels to meet growing demand for capacity, especially to Los Angeles and Long Beach, the MSC Santana string will be a regular weekly service that will begin in late August and “remain in place until further notice,” MSC said in a posting on its website.

The rotation on the Santana service, which will run independently of the carrier’s 2M Alliance vessel-sharing agreement with Maersk Line, will be Yantian, Shanghai, Long Beach, Vancouver, Busan, and Yantian. MSC has yet to announce the capacity of the vessels to be deployed on the string. Maersk was not available for comment.

After year-over-year monthly declines in US imports from Asia dating back to October 2019, imports began to increase rapidly in late June. US imports in July through Los Angeles-Long Beach increased 14 percent from July 2019, according to PIERS, a JOC.com sister company within IHS Markit. By comparison, imports declined 7.9 percent in New York-New Jersey, 3.2 percent in Savannah, 14.8 percent in Norfolk, and 8.6 percent in Charleston year-over-year in July.

Retailers and e-commerce importers have concentrated their shipments through the ports of Los Angeles and Long Beach due to the faster transit times to the West Coast and the ability of retailers to wait as long as possible in the supply chain before directing the shipments to destinations throughout the US.

Imports are forecast to slow somewhat in early October as factories in China shut down Oct. 1-7 for the Golden Week holiday. In past years, October was often the busiest month of the year in the eastbound trans-Pacific as retailers made their final push to bring holiday-season merchandise into the country so it would be on store shelves for post-Thanksgiving sales.

This year, however, the Global Port Tracker, published by the National Retail Federation and Hackett Associates, forecast imports in October will decline 10.4 percent from October 2019.

Global Shipping Outlook: A Sneak Peek at 2021
Port Performance North America: Managing Cargo Flow During a Pandemic — and Beyond
END_OF_DOCUMENT_TOKEN_TO_BE_REPLACED