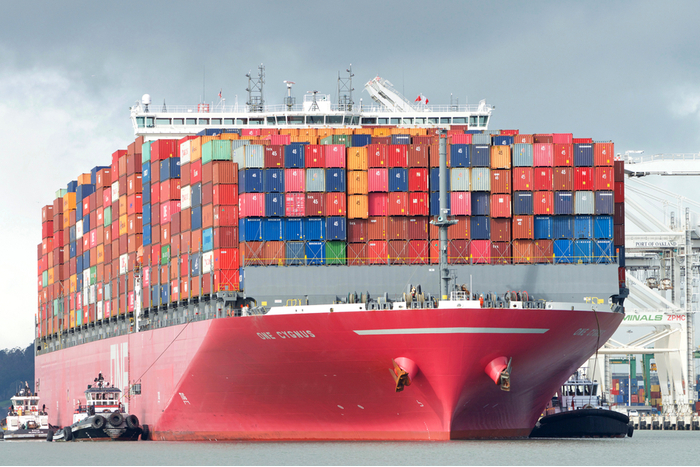 Despite unprecedented import volumes today in the trans-Pacific trade, the outlook beyond the Lunar New Year is still uncertain. Photo credit: Shutterstock.com.

More US importers are signing trans-Pacific contracts earlier than usual to guarantee space both in the short term and over the next 12 to 16 months, carriers, forwarders, and analysts tell JOC.com.

Signing some “early bird” contracts in January, rather than in April or May when most annual contracts are finalized, is not a new phenomenon in the eastbound trans-Pacific. But this year is different because the early signings are more frequent and driven more by space guarantees than freight rate considerations.

According to industry sources, more shippers than ever are willing to pay freight rates that are at least twice the rates in last year’s contracts in order to secure additional space guarantees on vessels at Asian load ports. JOC.com spoke with two industry analysts, three carriers, and four non-vessel-operating common carriers (NVOs).

“Part of this is an attempt to get more space coverage for January and February,” a carrier executive who did not want to be identified told JOC.com.

Retailers and other importers secure vessel slots in their contracts by signing minimum quantity commitments (MQCs). This year, they are turning to three options to increase their MQCs: extending existing contracts, signing short-term contracts from Jan. 1 through April 30 when their existing contracts expire, or signing 16-month contracts from Jan. 1 through April 30, 2022. Regardless of the option, the new agreements are reportedly in the range of $2,700 to $3,000 per FEU to the West Coast, according to carriers, NVOs, and industry analysts.

By comparison, in the 2020-21 trans-Pac contracts that were signed last spring and expire April 30, the rates were about $1,300 to $1,400 per FEU to the West Coast and about $2,100 to $2,300 per FEU on all-water services to the East Coast. Forwarders told JOC.com many importers in the coming contract year are willing to pay approximately twice what they have paid this past year because vessel space in Asia is so tight they fear contract and spot rates could go even higher in the coming months.

Still, a shipping industry analyst warned that carriers and beneficial cargo owners (BCOs) should not look at the reported rates as establishing the benchmark for 2021-22 contracts this early in the tender cycle.

“It’s too early to call. I would consider this the opening gambit until we get on the other side of [Chinese New Year],” Bjorn Vang Jensen, vice president of Sea-Intelligence Maritime Analysis, told JOC.com.

Industry sources who spoke to JOC.com last week said that in today’s uncertain environment in the eastbound trans-Pacific, service contract negotiations going forward will attempt to bridge the gap between current market conditions and what the global trade environment might look like in the second half of 2021 as economies reset from the COVID-19 pandemic.

According to Xeneta, an ocean and air freight rate benchmarking platform that tracks contracts in real time, most of the Asia–US West Coast contracts being signed in January include rates ranging from $2,700 per FEU to $3,100 per FEU. These include short-term contracts lasting several months, contracts of 16-month duration, and extensions of existing contracts, Erik Devetak, chief product officer at Xeneta, told JOC.com, adding there is not much differentiation based on the size of the customers.

“You don’t get a discount for being big,” Devetak said.

Many retailers and other BCOs last spring significantly underestimated the volumes they would be importing from Asia in the subsequent 12 months because last year’s contract negotiations took place during the first wave of the COVID-19 pandemic. US imports from Asia were plummeting at the time, and spot rates in the eastbound trans-Pacific were declining.

The MQCs in the 2019-20 contracts proved to be not nearly enough to cover what was actually shipped after US imports from Asia exploded in late June, and continued to grow throughout the second half of 2020.

In a hypothetical example of an MQC, a retailer or other BCO commits to shipping 5,200 TEU in the coming year. That number is divided by 52, so the customer committed to importing 100 containers each week of the year. When imports unexpectedly increased rapidly in the second half of 2020, carriers generally honored the shipper’s 100-per-week MQC. But for any shipments above that, the carriers charged the spot rate at the time, plus additional premiums in some cases.

Spot rates to the West Coast have ranged from $3,400 to $4,000 per FEU since August, according to the Shanghai Containerized Freight Index, which is published in the JOC Shipping & Logistics Pricing Hub. Additionally, importers paid surcharges as much as $2,000 per FEU just to secure containers and at equipment-strapped Asian load ports. As a result, importers are now paying all-inclusive rates as high as $6,000 per FEU to the West Coast and $8,000 to the East Coast, NVOs told JOC.com.

Therefore, in order to avoid paying such huge surcharges if the import surge continues in the coming year, some retailers and BCOs are willingly signing short-term and 16-month contracts that increase their MQC, at rates of about $3,000 per FEU to the West Coast, and about $3,800 to $4,000 to the East Coast, even though those are much higher than the rates in their 2020-21 contracts.

Most 2021-22 contract rates not yet finalized

Vang Jensen and multiple other sources said US imports from Asia consisting of e-commerce fulfillment, personal protective equipment (PPE), and spring merchandise are certain to remain exceptionally strong at least until most factories close down for a week or two on Feb. 12 for the Lunar New Year holidays. However, projections beyond that get hazy.

Vang Jensen emphasized that after a chaotic seven months going back to June, a top priority of retailers and BCOs in this year’s service contract negotiations is to be considered a “shipper of choice,” which means they are forecasting to carriers as accurately as possible what their import volumes will be.

Although carriers appear to be maximizing their revenue in the current tight market conditions, they also want to be considered “carriers of choice” among their core customers. So while 2021-22 contract rates will definitely be higher than last year, they’ll be lower than today’s spot rates, Vang Jensen said.