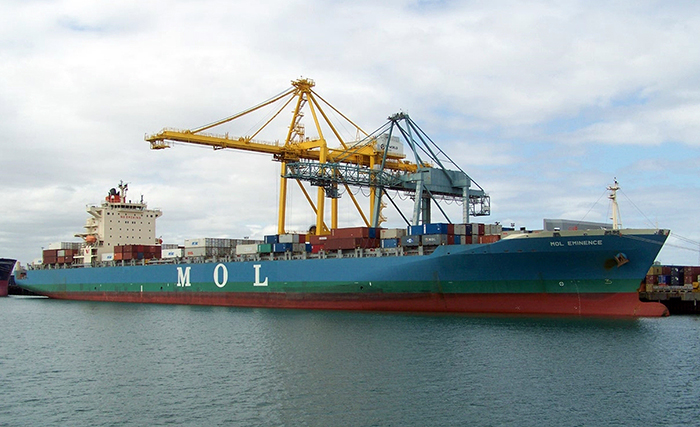 MOL is looking beyond freight in pursuit of profitability.

MOL president and CEO Junichiro Ikeda said the company plans to return to annual profit in 2017, in what would be the first time since 2014 and before it completes the merger of its container operations with fellow Japanese carriers 'K' Line and NYK Line the year after.

In his annual statement, Ikeda said MOL seeks to take a more unified approach to its operations by leveraging the services of other business lines and tying them more closely to the operation of its container unit. Maersk Line and Cosco Shipping Holdings have made similar pronouncements in recent years.

“We are well positioned to deliver profits this fiscal year and beyond, through execution of our newly-established management plan,” Ikeda said. “The key will be to harness the cost competitiveness of our fleet, a foundation we have laid through our business structural reforms.”

MOL has yet to release its financial results for the 2017 fiscal year. In the first three fiscal quarters, net profit at MOL surged 43.1 percent year-over-year to 19 billion yen ($171.2 million) as revenue fell 17.9 percent to 1.08 trillion yen. Other container lines, including Maersk, CMA CGM, and Zim Integrated Shipping Services have reported an uptick in volume and pricing strength in the fourth quarter.

Even so, Drewry expects the major carriers lost $3.5 billion in 2016, an improvement on the $5 billion in losses for the year the industry analyst had previously estimated.

To gain synergies and size up opportunities for growth, MOL has set up a business strategy execution office that will look across its divisions and evaluate customer needs to see how they can complement each other.

MOL is also seeking opportunities outside the movement of freight, with a particular emphasis on meeting growing demand for different forms of liquefied natural gas, particularly as a source of bunker fuel, which is gaining importance as an alternative fuel ahead of the International Maritime Organization’s implementation of a global bunker fuel sulfur content cap of 0.5 percent by 2020.