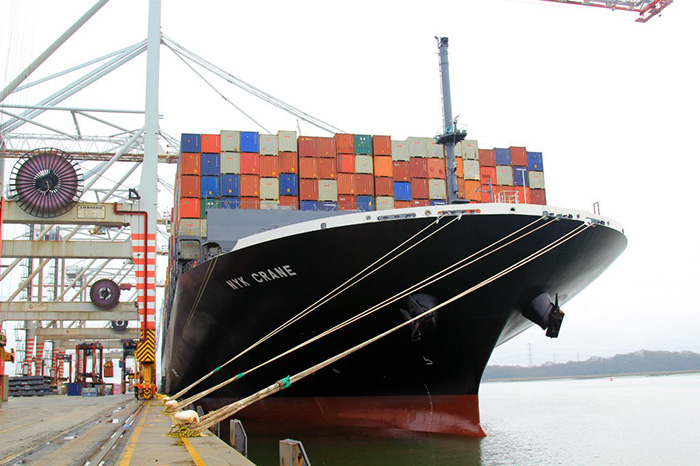 NYK, MOL, and 'K' Line planned to form the new JV entity on July 1 once all the antitrust reviews had been successfully completed.

The Competition Commission of South Africa considered the impact a merger would have on the market and ruled against the proposal. It said a merger would affect the provision of container line services as well as the car shipping market in which the carriers compete.

“The Competition Commission of South Africa has prohibited the proposed intermediate merger whereby NYK, MOL, and 'K' Line intend to merge their container liner shipping businesses to form a [JV] in that market,” the authority said in a statement.

This is a second setback for NYK, MOL, and 'K' Line after the US Federal Maritime Commission (FMC) in May was unable to approve the merger on jurisdictional grounds. The FMC voted down the carriers’ proposed “tripartite agreement”, saying the Shipping Act of 1984 did not provide them authority to review and approve mergers. The ONE may need to fast-track its merger but because of its limited market concentration, the deal will not likely run afoul of US antitrust authorities, said maritime analyst Alphaliner.

A spokesman for MOL told JOC.com that the Japanese carriers are considering the reasons for the commission’s decision, but did not feel the door had been closed completely.

“In South Africa, the competition tribunal has the power to review and reconsider the decision of the competition commission. We will continue to engage with the commission in the course of the proceedings,” he said.

It is not the first time Japanese carriers have been at the wrong end of a decision by the South African regulator. In 2015, an investigation by the commission into the collusive behavior of several shipping lines in the car-carrying business ended with NYK paying a settlement of R104 million ($8 million at today’s exchange rate). MOL was not fined as it agreed to cooperate with the commission.

The South African antitrust regulator in March referred a series of charges against 'K' Line to its tribunal for collusive tendering, price fixing, and market division in the roll-on, roll-off business that stretch back as far as 2006.

The Japanese carriers announced in October 2016 that they would be merging their liner shipping divisions into a JV company that would begin operating in April 2018. ONE would have the world’s sixth-largest fleet, with 250 ships and a capacity of 1.38 million TEU. It will generate the scale and cost benefits that are required to be competitive.

The shareholding structure will see NYK holding 38 percent and 'K' Line and MOL each holding 31 percent. MOL, NYK, and 'K' Line are currently individual members of the vessel sharing agreement with Hapag-Lloyd-United Arab Shipping Company and Yang Ming Line. The carriers have said they expect higher rates and greater container volume to come from the membership with THE Alliance.