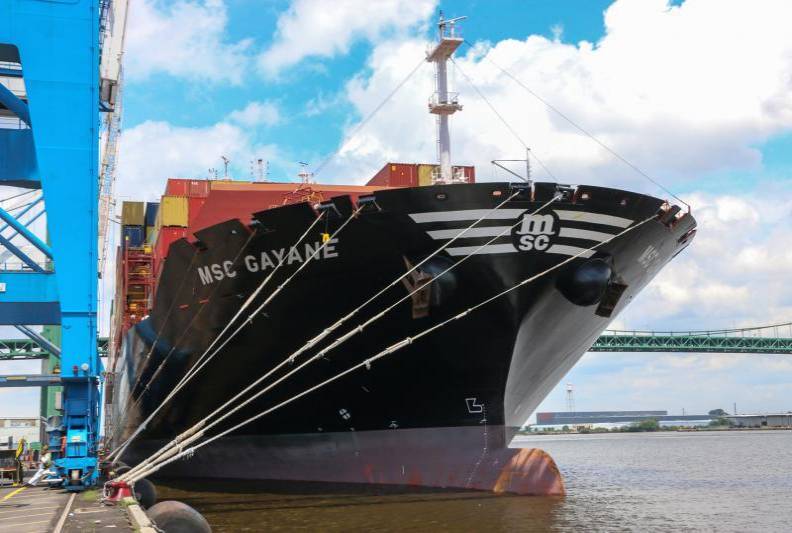 US Attorney William McSwain tweeted that his office had received $10 million in cash and a $40 million surety bond from the owner and operator. Photo credit: US Customs and Border Patrol.

US authorities have agreed to temporarily release the Mediterranean Shipping Co. vessel seized through a June 17 drug bust in Philadelphia, allowing the container line to redeploy the ship and reducing the financial impact of the incident.

US Attorney William McSwain tweeted that his office had received $10 million in cash and a $40 million surety bond from the owner, J.P. Morgan Asset Management, and the operator of the vesel, MSC, “in exchange for its temporary release pending a final resolution in the case.”

MSC last week told customers that while a “small number” of containers were still being held by US authorities, the rest of the shipments on MSC Gayane have been transshipped via the carrier’s other vessels.

US Customs and Border Protection (CBP) said July 8 it had executed a warrant to seize the vessel and possibly subject it to forfeiture, considering that nearly 20 tons of cocaine were found and crew members are alleged to be involved in the conspiracy. A forfeiture could have pushed up MSC’s charterer rates, compounding the pain the carrier has already suffered via delayed shipments, added docking fees, and damage to its brand.

“Seizing a vessel of this size is an unusual enforcement action for CBP, but is indicative of the serious consequences associated with an alleged conspiracy by crewmembers and others to smuggle a record load of dangerous drugs through the United States,” Customs said in a statement.

The drug bust involving MSC Gayane comes after a joint US task force found 1.5 tons of cocaine in containers discharged from the MSC Carlotta on Feb. 28 at the Port of New York and New Jersey; Peruvian authorities discovered another 2.4 tons when the ship called in Callao just two months later. In January, Mexican customs officials seized cocaine on the cruise ship MSC Divina during a stop in Cozumel.

A seizure of $10 million worth of cocaine at the Port of Baltimore in June suggests, however, that MSC isn’t the only carrier under the gun to stop illegal cargo. Media reports didn’t identify the carrier involved in the shipments, which came from Panama.

MSC transported just more than 3 million TEU of US import cargo in 2018, according to data from PIERS, a sister product of JOC.com within IHS Markit, making it the third-largest carrier in the trade with 12.3 percent of the market.