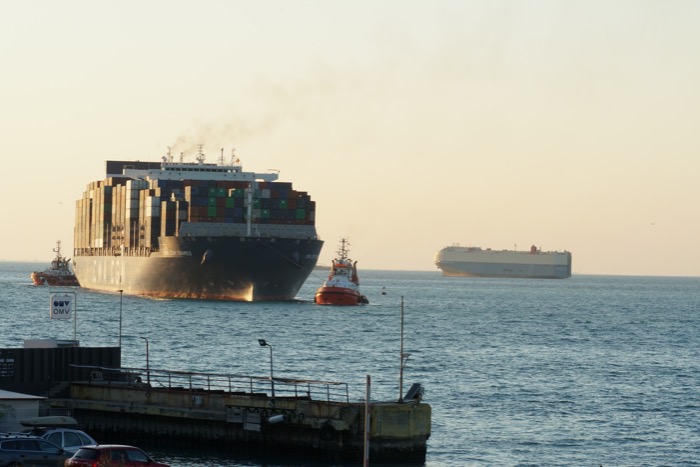 The idea of CMA CGM needing a government bailout, as was discussed in 2010, seems like another reality. Photo credit: Shutterstock.com.

Nearly a dozen years after rescuing CMA CGM and enjoying billions of dollars in windfall, Robert Yildirim says the Marseille-based company is now “too big to fail.”

Insulated with $10 billion in net cash and diversification into logistics and air cargo, CMA CGM Group is on far higher ground than 12 years ago when he took an initial 20 percent share, said Yildirim, the CEO and president of Yilport Holdings. CMA CGM and the larger container shipping industry are well-poised to keep profits up through a slowdown in global container volumes in the fourth quarter and into next year, he said. There has been a structural shift on capacity management in the industry, enabling the carrier to manage an expected slowdown in volume growth in 2023, Yildirim said.

“Once [the container lines] understood how to control the prices and the supply and demand balance, they won’t spoil it and fight and reduce rates,” he said.

The days when “some [carriers] got carried away and made stupid decisions because of ego,” may be over, said Yildirim, referring to the overordering of tonnage. The three major alliances “control 80 percent of the market,” and container lines “are doing pretty much of what the airlines did [by creating alliances] where they slot share. They compete, but they also cooperate.”

Yildirim scoffs at the idea that container lines are unfairly raising rates as President Joe Biden has accused, pointing to the industry’s deep losses before consolidation and the historic profits spurred on by pandemic-driven demand. In 2011, when Yildirim pumped $600 million into CMA CGM and took a 20 percent share, the industry ended the year with $7.7 billion in combined losses, according to maritime analyst Drewry. In 2014, Yildirim invested $100 million more, expanding his stake to 24 percent. Seven years later, in 2021, the industry raked in an estimated $190 billion in profits, and Drewry expects profits to hit $300 billion this year.

“This is supply and demand. No one is forcing anyone to ship the goods at these rates,” Yildirim said.

The idea of CMA CGM needing a government bailout, as was discussed in 2010, seems like a different reality. In the first quarter of this year, CMA CGM’s profit soared 70 percent year over year, to $18.2 billion. Yildirim says his stake is now worth around $22 billion, and he expects it to rise to between $25 billion and $30 billion by the end of the year.

“I am not keen to sell it. The company is doing fantastic,” he said. Five years ago, Yildirim was seeking buyers for his CMA CGM stake, but — luckily for him — did not ultimately sell.

Yildirim rightly notes CMA CGM is not the only carrier charting such a path. Maersk is also trying to become more of an integrator, scooping up everything from warehousing providers to customs brokerage firms as it takes greater control of the end-to-end supply chain. To a lesser degree, Mediterranean Shipping Co. has expanded its terminal and logistics reach by buying Bollore’s African transport and logistics business.

Yilport’s own acquisition goals have stumbled because of the COVID-19 pandemic, Yildirim admits, but he has not given up his decade-long goal to gain a US foothold. Yilport, the 12th largest global terminal operator, lost out to Ports America in a bid to build a container terminal in Gulfport, Mississippi, following a failed effort to acquire Long Beach Container Terminal in 2019. Citing political interference, Yilport is suing the Mississippi Port Authority, which is countersuing the terminal operator.

Yildirim says he is still eyeing greenfield investments in the US Gulf and, to a lesser degree, Canada. US port infrastructure is lacking, as reflected by port congestion that soaks up ocean capacity, pushing up rates, he said. The opening of Charleston’s Hugh K. Leatherman Terminal in early 2021 marked the first new marine terminal to open in the US since 2009, but longshore labor threats have scared off all but one major container line from calling the terminal.

“It’s a [port] infrastructure problem,” Yildirim said. If Biden wants to truly fight inflation by curbing port congestion, “he should pay attention to the landside infrastructure.”

How to Improve OTIF: 15 Tips for On Time and In Full Delivery
END_OF_DOCUMENT_TOKEN_TO_BE_REPLACED