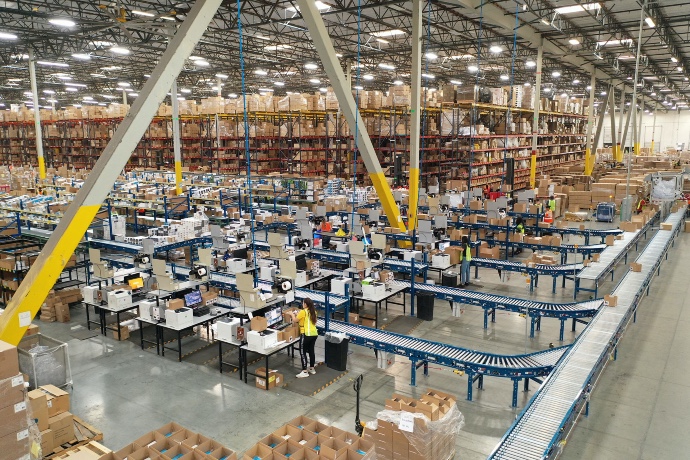 The completion of Maersk

Through its evolution to become a self-described integrator, Maersk said new capabilities, much of them gained by recent acquisitions, are allowing it to better service US importers amid the coronavirus disease 2019 (COVID-19) by speeding or slowing their container supply chains.

This gaining of greater control of cargo owners’ shipments as they move through the supply chain is key to the largest container line transforming itself into a provider of integrated end-to-end logistics. The current environment of volatility in shipping due to COVID-19 provides a good test for Maersk’s bet that cargo owners want it to play a more active and larger role in managing their supply chain — and will pay extra for such services.

Maersk’s growth of non-ocean revenue — a key success metric in its effort to gain more of its revenue from integrated end-to-end logistics rather than just ocean shipping — slowed in 2019. CEO Søren Skou in February said the company is only half way through its evolution, and told JOC.com there was still much work to do in building its landside business and digital transformation.

The widening impact COVID-19 is having on retail and manufacturing demand is creating the need for two importing speeds. Cargo owners such as apparel and automotive importers want to delay receiving goods for now-closed brick-and-mortar stores and production lines, whereas importers shipping personal protective equipment (PPE) and essential household consumer goods want them faster.

Against that backdrop, carriers, forwarders, port authorities, and marine terminals are warning of a cargo bottleneck if more US importers fail to pick up containers when they arrive, causing port congestion and inland equipment shortages that will slow down the broader supply chain.

Anticipating potential congestion, container lines are offering shippers options to mitigate demurrage fees by allowing them to store containers at their properties. Mediterranean Shipping Co., for example, on Tuesday announced a “Suspension of Transit” (SOT) program at six transit hubs in Asia, the Middle East, Europe, and the Americas.

Slowing down and speeding up

For US importers looking to slow down their supply chains, Maersk offers storage in Asia depots, so that goods can be loaded onto US-bound vessels once demand returns. For shipments already on the water that need to be delayed, Maersk is trucking them off of US marine terminals where they are stored, mitigating demurrage costs, or rerouting them to another port, where the cargo owner has storage capacity.

Maersk’s investment in its “digital platform allows us to make decisions and prepare while goods are on the water. In the past, that would have been much more difficult,” Charles van der Steene, head of Maersk sales, North America, told JOC.com in a Thursday interview.

For cargo owners that need their freight faster, Maersk’s emergency teams ensure shipments are loaded onto booked ships and “ring fenced” to ensure stowage space, allowing faster unloading and pick-up while keeping customs and other paperwork flowing for seamless handoffs in the physical world. The acquisition of Vandegrift in February 2019, which doubled Maersk’s organization of US-licensed customs brokers serving customers,  has enhanced this orchestration and allowed it to help importers reduce their tariff exposure.

“The orchestration [for priority cargo] from origin to destination can take four to six, sometimes seven days, out of their supply chain,” van der Steene said.

Spate of news out of Maersk reflects reinvention pressures