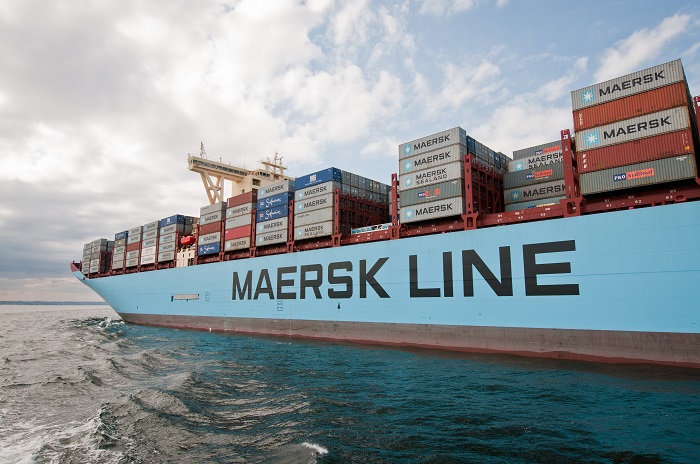 Above: A Maersk Line ship at sea. Photo credit: Shutterstock.com.

Maersk Line, hoping to take advantage of India’s liberalized cabotage policy, and as an ocean carrier that already accounts for roughly 20 percent of India’s container transportation, has drawn up a program to transship 20,000 TEU annually at Indian ports.

Industry sources told JOC.com that the volume is expected to arrive at a rate of 300 TEU to 400 TEU per week from Jawaharlal Nehru Port Trust and APM Terminals Pipavav, on both west and east coast gateways, where the carrier has regular calls. Maersk India wasn't available for comment.

However, inadequate coastal feeder capacity and high hauling rates by domestic, shortsea ship operators remain a major concern for the carrier; a portion of those higher rates stem from rising bunker fuel prices.

To get around those logistics issues, Maersk has been reaching out to various stakeholders, including an approach made to dominant Mumbai-based, shortsea carrier Shreyas Shipping & Logistics, for a more-reasonable price offer to support the aforementioned intra-India cargo movement, sources stated.

Further, plans are afoot to target transshipment cargo at the east coast ports of Visakhapatnam, Chennai, Krishnapatnam, Kattupalli, and Ennore through expanded feeder networks. Sources also said Maersk may consider realigning some of its India mainline service routings in the months ahead in order to increase its transshipment handling at select ports.

Meanwhile, rival carriers — CMA CGM, Wan Hai Lines, and HMM — are also playing catch-up to Maersk, according to market sources. Sources said CMA CGM is exploring with various feeder carriers a transshipment operation for its New North Europe-Mediterranean-Oceania (NEWMO) service, with the Chennai port being transformed into a hub for traffic to/from that region. This interest may have stemmed from considerable operating cost benefits at Chennai, thanks to a tariff discount program announced in July for vessels handling transshipment cargo at the port.

According to sources, Wan Hai is pursuing an alternative, cheaper feeder option for cargo movement from Kolkata to Chennai, instead of its current Kolkata-Singapore transshipment arrangement. HMM is also showing interest in the Chennai transshipment option, ostensibly wooed by aforementioned cost benefits.

In addition, the three Japanese carriers in the Ocean Network Express alliance — “K” Line, MOL, and NYK Line — have reportedly been in touch with authorities at Chennai to evaluate the transshipment trade potential.

Transshipment traffic is freight that is transported between an Indian port and an international "hub" port, when direct mainline connections are not available. Under India's new cabotage rule, foreign carriers can transport laden export-import containers for transshipment and empty containers for repositioning between Indian ports without any specific permission or license.