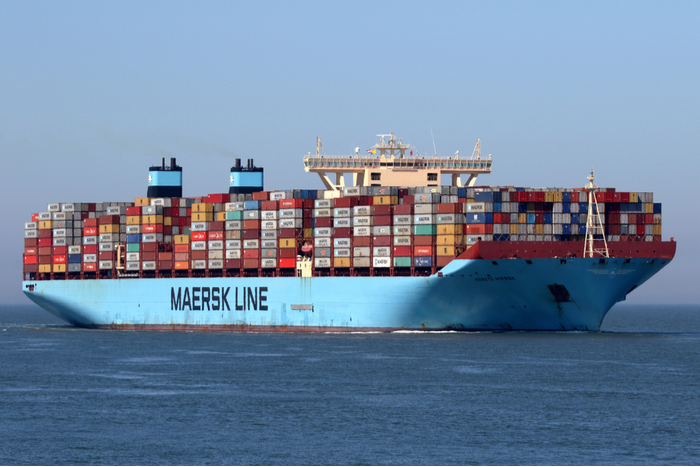 Maersk on Tuesday said it will attempt to revive a reciprocal penalty to remedy the thorny issue of shippers no-showing their container bookings and carriers overbooking and rolling cargo.

Its new product, Maersk Spot, will see penalties assessed to shippers for failing to produce containers associated with the slots they book, while Maersk would pay a penalty if it fails to load cargo booked through its online platform. This may seem a familiar method to combat the chronic inefficiencies caused by shippers booking more than one slot for a single container, and the intertwined overbooking carriers engage in to ensure their vessels are full.

But the difference this time, according to Maersk, is that the guaranteed loading is tied to a digital spot rate booked directly through Maersk’s online booking tool. “When a booking is confirmed by the customer, Maersk commits to load and grants certainty in operational execution,” the Copenhagen-based liner carrier said in a statement.

Maersk Spot is currently offered globally on all global trades except those regulated by the US Federal Maritime Commission (FMC), but the carrier said it hopes to get regulatory approval to offer the product in US trades later this year. The product is currently being offered through a beta website but will roll out to the wider Maersk.com website in August.

Johan Sigsgaard, Maersk’s head of trade for Europe, told JOC.com in a briefing Monday this difference is what the carrier hopes will turn the reciprocal penalty solution from a good idea to one that gains traction. He said the loading guarantee for spot rates booked on the Maersk e-commerce site is part of a larger effort to digitize more transactions, providing shippers, freight forwarders, and non-vessel-operating common carriers with an experience analogous to other consumer experiences where good value comes with an expectation of an associated commitment.

“Basically, what we are announcing is a consolidation of those digital efforts to create this fully digitally enabled product,” he said. “As a consumer, in order to get the best offers, you have to commit to the bookings. You can’t just get the best offer and cancel.”

Sigsgaard said the other difference between past attempts to charge no-show fees or similar reciprocal penalties is that the current digital environment now enables more of the transaction to happen in one connected process.

“We all agree we can do better [with overbooking and no-showing], but we’ve lacked the tools to get there,” he said. “This now saves steps in the process — it takes the process [of booking and paying for a spot rate] from 13 steps to five and those steps are more integrated.”

For instance, in previous situations where a carrier attempted to assess a fee to a shipper or forwarder for no-showing on a spot booking, the carrier would send an invoice that essentially was a separate process from the booking process. With the transaction occurring digitally, the booking and no-show penalty would be connected within the same online process, transparent from the time of booking.

Maersk currently has 3,000 customers a week using its digital booking engine, accounting for approximately 100,000 TEU per quarter. “We have already seen traction with this,” Sigsgaard said.

“It is not uncommon to see overbookings to the tune of 30 percent, and often this leads to rolling of the customers’ cargoes since there is overbooking to compensate for the high downfall,” Silvia Ding, global head of ocean products at Maersk, said in a statement. “This creates a lot of uncertainty for our customers. With Maersk Spot, we provide full visibility of the price and terms that will ensure cargoes get on board.”

India-based exporter Ramco Cements Limited said in a statement it has begun using the spot product for the bookings it can’t make one to two weeks in advance for the 120 to 200 containers it ships to the Port of Colombo annually.

“We are quite proactive about our bookings, but there were still cases where our shipments were not loaded due to capacity issues, which resulted in the loss of trust with some of our customers,” says Ramakrishnan Vivekanandan, Ramco’s general marketing manager. “We no longer have the uncertainty of not knowing if we can actually provide our customers with their shipments.”

The Maersk Spot launch comes after a year in which three carriers — Maersk, Hapag-Lloyd, and CMA CGM — have begun offering online instant rate quotes, and in which Maersk and CMA CGM have offered confirmed sailings associated with those bookings. Several freight forwarders have also gone live with such instant quoting tools, while several ocean freight rate marketplaces — such as Freightos, Fleet, Simpliship, and Cogoport — are gradually gaining market acceptance in an industry traditionally skeptical of such models.

JOC.com has also learned at least one other carrier plans to roll out a similar product in the coming weeks.

Previous reciprocal fees have also been hurt by attempts to charge higher freight rates for such guarantees, a direction Sigsgaard said Maersk is keen to avoid this time and he “senses there’s a change” in interactions with shippers about the product.

“We’ve seen attempts in the past where the loading guarantee is a premium, but we believe this is a standard going forward,” he said. “It’s about getting out of the vicious cycle of overbookings.”

Sigsgaard also addressed whether Maersk sees its digital booking capabilities, bolstered by confirmed sailings and loading guarantees, as changing the procurement behavior of shippers. While many have speculated that online booking tools might capture a majority of current spot bookings, fewer are those that believe contract volume might migrate to a more dynamic booking environment.

He said Maersk is curious about whether this dynamic might change, but that it’s hard for the carrier to estimate. It’s possible contract volume on shorter-term periods, such as three-month contracts versus one-year deals, might be more apt to move to a digital environment.

“For us, 50 percent of our business is negotiated on short contracts [3 months or less],” he said. “Could some of that go dynamic? A significant part of the business is quite dynamic already, it’s just offline.”

I am surprised not to see any

Permalink Submitted by DAVID.HARLOW@WE... on Jun 26, 2019 9:02AM EDT
I am surprised not to see any commentary yet on the potential impact to NYSHEX. Basically Maersk is offering a similar agreement as provided through NYSHEX, it will be interesting to see how this has an impact on the latter's business. As to whether Maersk Spot rates are worth a premium or not will depend on the market. At the end of the day, there is a financial value to Maersk to having cargo show up, so in a weak market the rates should actually be at a discount to what they offer customers that don't make a commitment in order to incent their use, otherwise no one will bother. In a constrained market, guaranteed space should command a premium.
Maritime News›Container Lines›Maersk Line