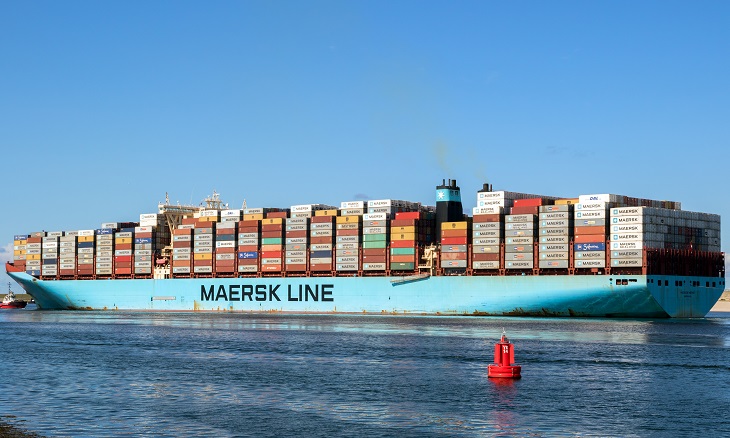 The world’s largest ocean carrier has reopened shipping connectivity to the Maldives with a direct, weekly feeder link between Colombo, Sri Lanka, and Male, which it believes will prove to be a boon for trade to/from South Asia. Photo credit: Shutterstock.com.

After positioning itself to tap Nepal’s burgeoning import demand, Maersk Line is expanding its reach to other emerging markets in the Indian subcontinent region.

The world’s largest ocean carrier this week reopened shipping connectivity to the Maldives with a direct, weekly feeder link between Colombo, Sri Lanka, and Male, which it believes will prove to be a boon for trade to/from South Asia.

“Maldives has a flourishing tourism market and offers an excellent opportunity for global trade. Interestingly, around 90 percent of Maldives’ trade is import driven and spearheaded by China, India, and Sri Lanka,” said Steve Felder, Maersk’s managing director for India, Sri Lanka, Bangladesh, Nepal, Bhutan, and Maldives. “Besides, we are now equipped with better control and processes to handle these locations and thus will prove to be a reliable, convenient, and time-saving service.”

The carrier said it has a strong service network connecting China, India, and Sri Lanka, and that the new service will provide customers in the region with a competitive transit time of 8 to 26 days.

“With China, India, and Sri Lanka being main origins for Maldivian imports, exporters in these markets will benefit the most by having a reliable and trusted-partner in Maersk Line,” Felder added.

In addition, the carrier stated it has an edge over its peers on the back of an advanced, sophisticated remote container management system for perishable cargo handling, along with dedicated sales/customer service capabilities.

Maersk lately has placed a special, stronger focus on the Indian reefer trade, and its re-entry into the Maldivian market appears to be another effort intended to achieve even greater gains on that front from this region.

The Maldives has been beset by political turmoil, but the new shipping link may be a hint that the economic/trade environment in the tiny island nation, in the middle of the Indian Ocean, is slowly gaining ground.

Efforts to reach officials at Maersk India for comment regarding volume handled to/from the Maldives were unsuccessful.

With a network of 27 offices and about 400 employees in the region, Maersk accounts for roughly 20 percent of India's total container freight. Armed with recent service upgrades — notably end-to-end cold chain logistics operations — the Danish group is placing bigger bets on the emerging market economy, which it estimated registered an 11 percent increase in container movement in the first quarter and will grow at a faster rate in the current year.