Maersk puts bookings on hold as it deals with cyberattack

Maersk puts bookings on hold as it deals with cyberattack 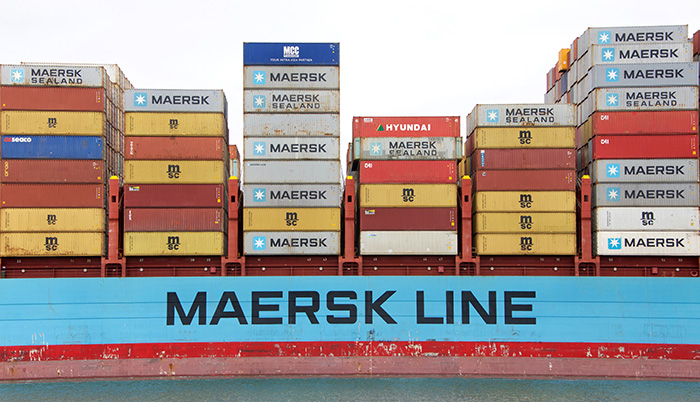 The Maersk Group's operations have been impacted by the cyberattack since Tuesday.

Maersk Line is unable to serve new quotes or accept future cargo bookings as it struggles to cope with the global impact of the Petya ransomware cyberattack that forced the carrier to shut down its information technology (IT) and communications infrastructure.

Inttra, an e-commerce booking portal, said the cyberattack on Maersk has affected its own abilty to accept and process booking requests. Inttra added, however, that track and trace functionality for cargo booked via Maersk wasn't available.

The cyberattack had made communicating with customers and terminals difficult. Much of the information is via electronic data interchange (EDI) messages and with the system down customers cannot submit and receive shipment information.

Maersk said in an industry advisory that all immediate vessel operations were continuing as planned and the majority of port calls would be made. The carrier said some APM Terminals (APMT) were affected and their gates were closed.

Terminals in Asia waiting for the arrival of Maersk Line ships that were at sea when the cyberattack occurred expressed concern that they might not be able to handle the vessels. An anonymous terminal operator in China said loading and offloading the containers might be a problem and his operations people were looking into it.

Maersk said cargo in transit would be offloaded as planned and import cargo would be released to customers.

Although most US APMT terminals were closed, Maersk ships calling at third-party terminals at Virginia, Charleston, Savannah, and other ports continued to be worked normally, port officials told JOC.com.

The inability to communicate remains a serious issue, the carrier said.

“We are unfortunately unable to serve new quotes or accept future bookings. Unfortunately due to the impact on our IT and communications systems, we are limited in our ability to communicate with you,” the advisory said.

Tuesday’s attack hit a wide swath of Maersk Group. The Danish company owns Maersk Line, which has a 16 percent share of the global container market and APMT, one of the largest global terminal operators. “We can confirm that the Maersk IT systems are down across multiple sites and business units due to a cyber attack,” the company said.

APMT’s automated Maasvlakte II terminal in Rotterdam was closed by the attack, as were facilities in other parts of the world, including Pier 400 in Los Angeles. Several US terminals, including APMT’s Port Elizabeth, New Jersey terminal, will remain closed Wednesday.