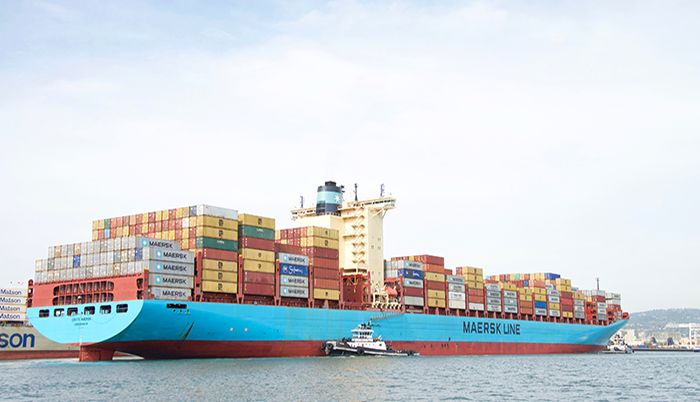 With the help of Microsoft, Maersk Line plans to roll out customer software applications in the third quarter that will help beneficial cargo owners track containers and manage cargo as it moves across the globe, including through customs.

Ibrahim Gokcen, chief digital officer in the carrier’s logistics and transportation arm, on Wednesday said the software is part of a determined effort to make digitalizing company’s operations a “core piece of our business strategy.” He called it a “must-win” strategy for the company that was triggered by industry trends and customer demands.

“It all starts with the customers,” Gokcen told JOC.com. “Their business models are changing rapidly, and their expectations area getting higher. They see a lot of complexity in their supply chains. They are looking for simpler solutions. So they really are raising expectations on us. They really started pushing us to first improve and enhance the customer experience.”

Maersk’s initiative in some ways parallels the efforts of a series of startup companies that are looking to harness digital technology to transform different aspects of the shipping industry, which some observers believe has been reluctant to embrace technology and is stuck using the methods of the past. The industry sectors that the startups have targeted include freight forwarding, container booking, process management, and data analysis of rates and other metrics.

Gokcen spoke at an event organized by Microsoft to highlight their work developing software with a dozen companies, among them Maersk; La Liga, the Spanish soccer league; Bank of America; Hershey; and Mojix, a radio frequency identification hardware and data analytics company.

Gokcen, who joined Maersk a year ago after 12 years at GE, was one of two information technology heads interviewed on stage at the town hall style forum. Maersk also announced Wednesday that it has selected Microsoft as its partner in the digitization project, and will use Microsoft’s Azure cloud platform to store data.

The event came three weeks after Maersk Line and IBM announced they had teamed up to deploy “blockchain” technology to digitalize the complex paper trail involved in the global supply chain, a collaboration that could reduce cost, errors, and time involving tens of millions of shipping containers. Earlier this month, Damco, the freight forwarding and logistics arm of Maersk Group, launched an online freight forwarding portal.

At Wednesday’s event, Damco demonstrated a software platform called Customs House Brokerage, which is designed to help shippers document cargo movement, consolidate data and run analytics such as expenditures on cargo logistics, and also to handle the movement of containers through customs. The software, which will be released in desktop and mobile formats, will be released in two to three months, said Johanna Hainz, the company’s global head of supply chain solutions.

Gokcen said Maersk will release a program, remote container management, in the third quarter that will provide customers with greater visibility on container movements through the supply chain. A global positioning satellite device on each container enables them to better track cargo and even monitor the temperature of refrigerated items so that shippers know whether sensitive food items are in good condition or have gone bad, and can plan accordingly, he said.

“That’s the value that the customers are seeing,” he said. “They know across the entire landscape, what is happening to them. If something that’s not expected happens, how do they plan for it?”

Damco also showcased recently released software, called D&D, that tracks shipment contracts across a shipper’s cargo and monitors when free time expires and when each individual container will be charged detention or demurrage costs, and identifies those containers that are at risk of incurring such costs in the near future.

“So they can look at what is my expenditure if I am not pulling my containers out on time,”  Hainz said.

Another recently released application tracks container movements and potential disruptions — such as a typhoon or a port labor disruption — to warn shippers of possible delays, enabling them to take action to avoid the problems, Hainz said.