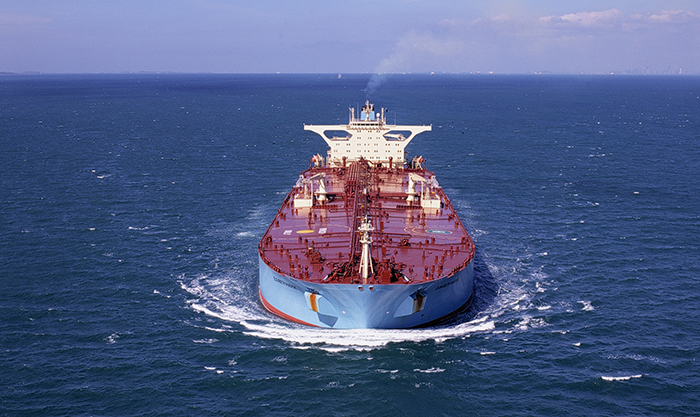 The Maersk Group continues to overhaul its operations and business lines.

The Maersk Group is selling its oil and gas business to France’s Total in a $7.45 billion share and debt deal that will intensify the focus on its core container shipping and logistics operations.

Copenhagen-based Maersk has been seeking to reduce its exposure to the energy market after it created a separate transport and logistics business — dominated by Maersk Line, the world’s largest ocean container carrier, and APM Terminals — as part of a strategic overhaul.

The Danish group will receive Total shares worth around $4.95 billion and the French oil company will assume Maersk Oil’s short debt of $2.5 billion.

The sale of one of Maersk’s four energy divisions is subject to approval from regulatory authorities, including the Danish minister of energy, and a consultation process with Total employees.

The deal is expected to close in the first quarter of 2018.

Maersk said the short-term debt will be repaid at or shortly after the closing of the transaction and it will use the proceeds to reduce the group’s debt.

The company last week posted an underlying second-quarter profit of $389 million — up from $134 million a year earlier — based on an improvement of $517 million in transport and logistics and a decline of $136 million in the energy division — mainly related to Maersk Drilling, which saw an increase in idle rigs and the expiry of high daily rate contracts.

The transport and logistics unit is rapidly outgrowing the energy business, with a second-quarter of revenue of $7.7 billion against the latter’s $2 billion.

The transport and logistics division is expected to post a full year underlying profit above $1 billion despite the $200 to $300 million hit from a cyber attack in June, which mainly impacted Maersk Line revenues.

The energy unit is expected to deliver an underlying profit of around $500 million, with Maersk Oil being the major contributor.

The sale of Maersk Oil comes at a time when the group’s container shipping business is rebounding from slump a freight rates to all-time lows in 2016. Soren Skou, Maersk’s chief executive, said container shipping is enjoying the strongest fundamentals since the global financial crisis, or at least since 2010.

As it seeks buyers for its energy businesses, Maersk is boosting investment in its transport and logistics operations, highlighted by the €3.7 billion ($4.4 billion) acquisition of Germany’s Hamburg Sud, which will boost Maersk Line’s market share to around 18.7 percent from 16 percent when the deal is closed, most likely at the end of the year.