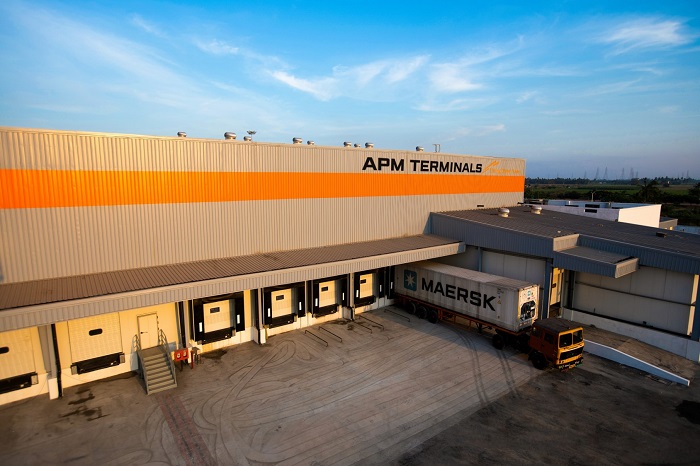 The transportation giant this week inaugurated a new cold storage center within its container freight station (CFS) site at Ponneri, on the outskirts of Chennai in South India — a region that generated an impressive 16 percent container volume increase in the last fiscal year.

APM Terminals, in a statement, said the integrated, temperature-controlled facility, touted as its first in India, occupies 10,000 square meters (11,960 square yards), and features reefer plugs and all related value-added services — such as customs clearance, bonded warehousing, cargo palletization, and packaging, transportation logistics to seaports and airports, and on-wheel customs seal verification — for domestic and export-import freight.

Further, with combined, round-the-clock logistics solutions, APM Terminals expects to take advantage of the location’s proximity to the ports of Chennai, Ennore, Kattupalli, and Krishnapatnam.

“APM Terminals is constantly looking for ways that we can best address the supply chain needs of our customers. India has seen an increasing demand for temperature- and humidity-controlled products especially frozen foods and pharmaceutical products for both domestic consumption as well as international export,” Dries van Dongen, APM Terminals’ global head of inland services, said in a statement.

Van Dongen said APM Terminals has a clear edge over peers in perishable goods-handling, given the group’s specialized logistics solutions, and the integrated project is a step toward extending those benefits to Indian customers.

The temperature-controlled project, which followed APM Terminals’ opening of an inland container depot in Pune at the end of 2017, is also seen as another move by Maersk to generate synergies between its various group transportation units.

Maersk represents about 20 percent of India’s total container freight. The company, in a recent trade analysis, sounded a bullish note regarding India’s long-term growth prospects, stating that the emerging market’s container trade expansion in 2017 outpaced some of the larger global economies and that market signals point to stronger growth this year.

Sensing that buoyant freight demand, the Danish group has been beefing up its service offerings in trades to and from the region, with a heavy focus on end-to-end cold chain logistics services. These tailor-made, “industry-first” operations mostly consist of fresh fruits, including a consignment of kinnows from Sonepat, Haryana, to Novorossiysk, Russia; bananas and pomegranates from Krishnapatnam, Andhra Pradesh, to Dammam and Jeddah, Saudi Arabia; papayas from Mangalore, Karnataka, to Jebel Ali, Dubai; and frozen fruit juice and dry fruit imports into the northern capital region and Gujarat. In addition, most recently it introduced a “store-to-door” service from the privately operated east coast port of Kakinada for dry and reefer cargo.