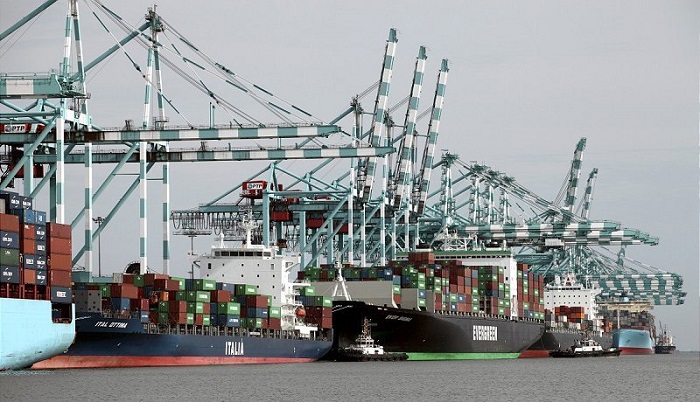 Tim Smith, one of Maersk Line’s most senior executives in Asia, is leaving the Danish shipping line after more than 12 years to become the Asia Pacific head of APM Terminals in Hong Kong.

Smith has relinquished his position as the Beijing-based chairman of Maersk China and chief representative of Maersk Group in north Asia and will take up his new role with APM Terminals on March 1. One of his first public events after joining APM Terminals will be the 18th TPM Annual Conference in Long Beach, California, from March 4 to 7.

Smith also stepped down as chairman of the Hong Kong Liner Shipping Association (HKLSA) two weeks ago. He will be replaced by Tony Tong, managing director of the Hong Kong branch of Orient Overseas Container Line. Smith was previously Maersk Line’s chief executive for north Asia based in Hong Kong.

It was during his tenure at Maersk Line and at the HKLSA that he helped broker the Fair Winds Charter, a voluntary initiative with public policy group Civic Exchange and the Hong Kong Shipowners Association, that encouraged shipowners to switch to low-sulfur distillate fuel while berthed in Hong Kong.

When introduced in 2011, the charter was the first initiative of its kind in Asia and the world’s only shipping industry-led fuel-switching initiative. It prompted the Hong Kong government to make it mandatory for ships to switch to low-sulfur fuel while berthed from July 2015.

Smith joined Maersk Line in January 2006 after the carrier’s takeover of P&O Nedlloyd, where Smith worked for more than eight years, latterly, as Asia Pacific regional director before the Maersk deal.