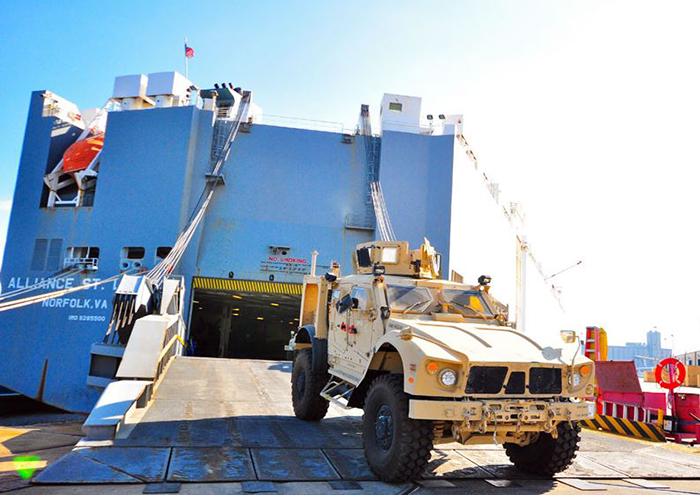 The U.S. government has fined two Maersk Group units a total of $3.66 million for documentation violations related to a defense contract the company described as “the submission of improper invoices.”

Farrell Lines, a subsidiary of the Maersk Group’s U.S. flag carrier Maersk Line Limited, and Damco, the Maersk Group’s logistics arm, recreated 563 weight certificates used to charge the government for its services, according to the Justice Department.

Farrell Lines signed a weight-based pricing contract with the U.S. Transportation Command to provide door-to-door and port-to-port logistical services for the U.S. Department of Defense in Afghanistan.

To charge the government for these services, the companies were required to submit weight tickets from a commercial scale. On investigation it was revealed that the 563 tickets in question were not the original weight tickets produced at weighing stations.

Maersk Line Ltd. in 2012 paid almost $32 million to settle allegations that it overcharged the Department of Defense for transportation services and several months later the company won a $2.1 billion defense contract.

Farrell Lines became a part of the Maersk Group through the latter’s purchase of P&O Nedlloyd in 2000. Maersk revived the Farrell Lines brand in 2010 and increased it fleet to four ships.

Damco posted a profit of $19 million in 2015, reversing the nearly $300 million dollar loss of 2014 as its efforts to right the company bore fruit.