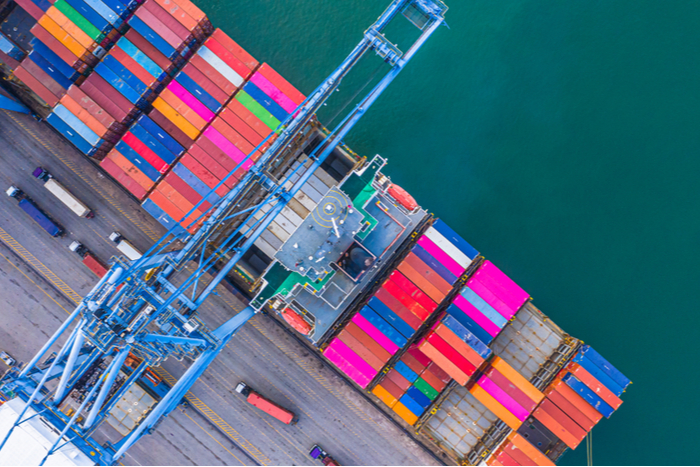 Visibility is helping shippers see where their in-transit inventory is as they wrestle with unusual demand patterns, according to FlexiVan CEO Ron Widdows. Photo credit: Shutterstock.com.

Container lines are right to focus on speed-based services and data products in lieu of cost-cutting in the current COVID-19 environment, according to the chairman of the World Shipping Council and former CEO of container line APL.

Ron Widdows, now CEO of chassis and technology provider FlexiVan Leasing, said in an interview with JOC Uncharted Wednesday that container lines have been effective in pulling capacity to match demand during the ongoing pandemic, but stressed that differentiation in services is a more sustainable path to retaining customers.

“The idea that you can reduce your costs, that you can save your way out of environments like this, are really limited,” he said. “I've always believed that [it’s about] the service model, the ability to service better than the competition. Even in an environment where you're under cost pressure, on an overall basis, your business is going to be better off being able to do that.”

Widdows noted the willingness of container lines to provide expedited services in the current setting. Singapore-based APL was long known as a product and service innovator in the shipping industry during Widdows’ 31 years with the line and its parent NOL.

“You see carriers who have mounted expedited services are benefiting from the shift from air freight to ocean,” he said. “Services that can get things to market quicker. Carriers who can provide information better to their customers. I think they're going to do better in the long run. That’s a fairly narrow segment of the marketplace, but I think that demand will grow over time.”

During the COVID-19 crisis, visibility has risen in importance as a decision-making support tool, rather than one used just for monitoring, as shippers grapple with unusual demand patterns and thus need to throttle the speed of certain shipments up and down, Widdows added.

“Visibility and the ability to try to shorten the time that it takes to move from merchandising to shipment, to get their goods to market in a very unpredictable demand environment, that becomes really important,” he told JOC Uncharted.

Widdows said some container lines are specifically focused on providing the data to support those strategies, and that FlexiVan is part of that broader effort to better inform the customer.

“It's really the stitching together of various technologies that allows service providers to do that. 3PL players have been pretty good at this for quite some time. Others begin to play [in that space] in a more significant way. And clearly, we brought something to a fairly straightforward [chassis] leasing business, to be able to provide supply chain information.”

Widdows founded American Intermodal Management (AIM) in 2016 with the idea that GPS-connected chassis would provide customers with hard visibility metrics on turn times at marine terminals and dwell times at warehouses. That information and other related metrics previously eluded shippers and forwarders trying to improve efficiency of container movements between terminals and distribution centers. The data can be fed into transportation management systems and used for analysis of vendor performance.

AIM merged with FlexiVan in late January, creating an entity with a combined fleet size of 137,500 marine units across the United States.

Widdows also said Wednesday he will be stepping down from his role as chairman of the WSC “in the near future.”